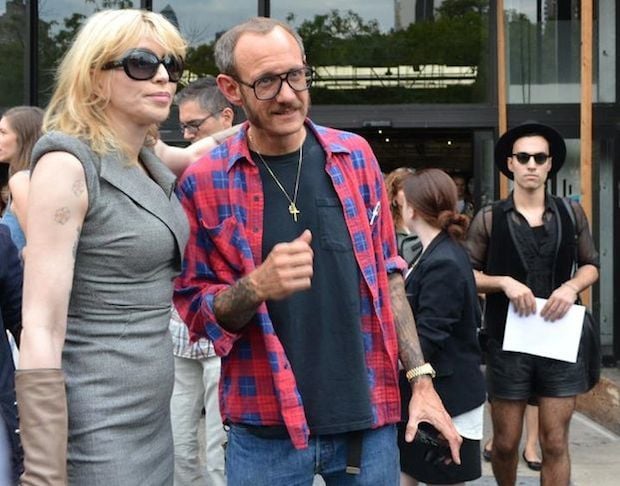 The Terry Richardson debate can be summed up in two sayings, one used by the anti-Richardson army and the other used by the pro-Richardson crowd: “There’s no smoke without a fire” and “Tried and convicted in the press.” That many allegations can’t just spring up out of nowhere, says one group, while the other argues that undue amounts of sensational press attention does not evidence make.

However, for the first time ever, Richardson himself is speaking out, addressing the Allegations in an op-ed published by the Huffington Post in which he calls the entire ordeal an “emotionally-charged witch hunt.”

The response is published in full on the Huffington Post, but we’ve included some of the more relevant sections below:

Four years ago, I chose to primarily ignore a cycle of Internet gossip and false accusations against me. At that time, I felt that to dignify them with a response was a betrayal of my work and my character. When these allegations resurfaced over the past few months, they seemed especially vicious and distorted, moving outside the realm of critical dialogue and becoming nothing more than an emotionally-charged witch hunt… In writing this, I make a humble attempt at correcting these rumors, because I have come to realize that absent my voice in the conversation, all that remain are the lies.

I have never used an offer of work or a threat of rebuke to coerce someone into something that they did not want to do. I give everyone that I work with enough respect to view them as having ownership of their free will and making their decisions accordingly, and as such, it has been difficult to see myself as a target of revisionist history. Sadly, in the on-going quest for controversy-generated page views, sloppy journalism fueled by sensationalized, malicious, and manipulative recountings of this work has given rise to angry Internet crusades. Well-intentioned or not, they are based on lies. Believing such rumors at face value does a disservice not only to the spirit of artistic endeavor, but most importantly, to the real victims of exploitation and abuse.

He goes on to say that he realizes the nature of his work invites controversy, and he even welcomes that controversy. He just asks that “whether you love my work or hate it, you give it, and me, the benefit of the truth.”

Sadly, we’ll probably never know what that “truth” is. It’s Richardson and his supporters’ word against that of his accusers, and without concrete evidence or testimony by the assistants who were allegedly there and saw these things happen, that’s all it’ll ever be.

Where do you land in this debate? Does Richardson’s response change your mind or temper your opinion of him, or is he just ‘playing the victim’ as some of our readers have put it? Let us know in the comments.