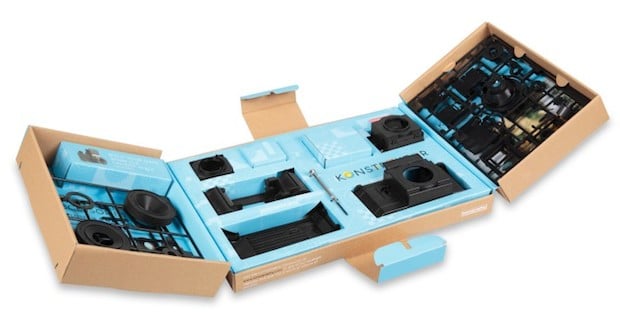 Back at it again, the team over at Lomography has created a new “Super Kit” edition for one of their best-selling creations: the original DIY Konstruktor Camera.

Released last year, the original 35mm Konstruktor merged do-it-yourself culture with photography, allowing you to build your own camera from the ground up. While the Konstruktor Super Kit sticks with this format, consisting of everything the original kit did, it adds some components in both the optics and viewfinder department. 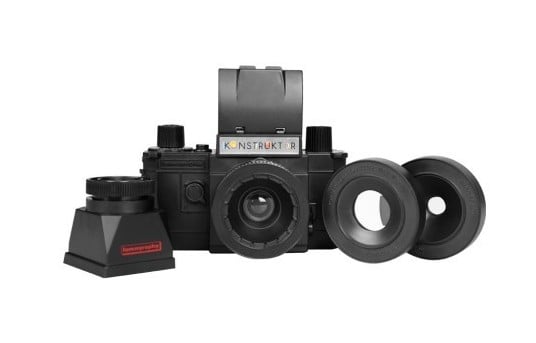 In addition to the original 50mm f/10 lens included in the standard kit, there are two new lenses in the Super Kit meant for “macro” and “close-up” photographs. With no information on either focal length or aperture range for these two lenses, it’s not known what they’ll best be applicable for, but the example shots Lomography has provided might give you some clue.

The other main addition included in the new Super Kit is a “chimney hood” style viewfinder. This updated style of viewfinder is said to be brighter for composing your images, although how bright of a viewfinder you really need to compose a Lomo Konstructor image is up for debate.

Coming in at a bit more than the original, $35 Konstruktor set, the Super Kit will set you back a full $60. And while that might seem a bit steep for a build-it-yourself film SLR, that price does save you $10 over buying the new lenses, viewfinder and an original Konstructor separately.

Lomography targets a rather niche market and there’s plenty of criticism directed towards their endeavors, but for those of you who are interested in the Lomo style, what do you think? Will you be picking yourself up one of the new Konstruktor Super Kits?