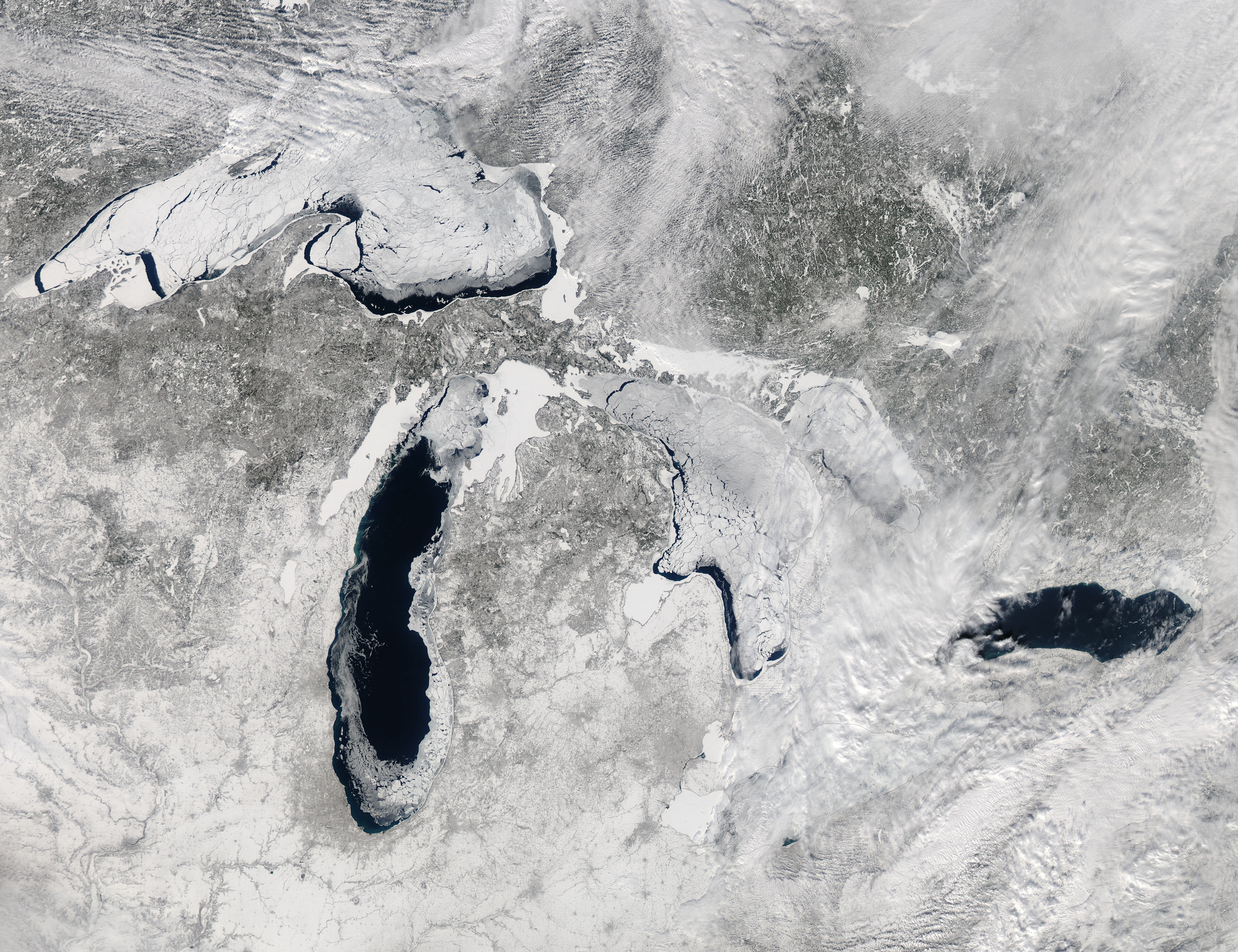 Taken on February 19th (and available in high-resolution here) the satellite image above shows what the great lakes look like when over 80% of their surface is covered in ice. The image was captured by the Moderate Resolution Imaging Spectroradiometer (MODIS) on NASA’s Aqua satellite, and beyond being nice to look at, it shows just how harsh the last couple of months have been in North America.

According to the Great Lakes Environmental Research Laboratory (GLERL), rarely do they see more than 80% of the lakes iced over. In fact, this amount of ice on the lakes (88% at its peak) hasn’t been seen since 1994. For more info or if you’d like to see more satellite images of the lakes covered in ice, head over to NASA’s Earth Observatory website by clicking here.

Nikon Solving Dust/Oil Issues Once and for All, Will Fix D600s Regardless of Warranty