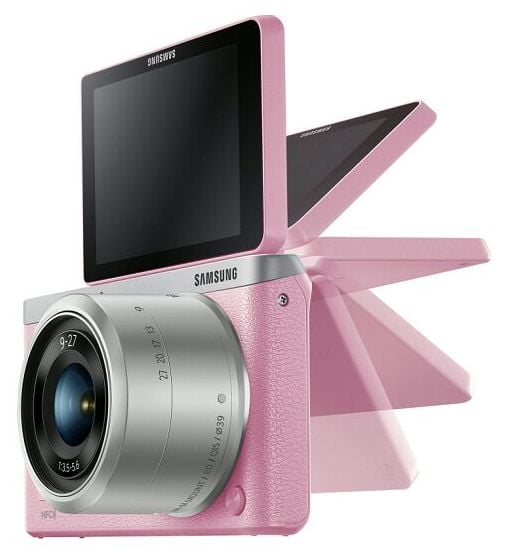 In about a month’s time we might have a new contender for world’s thinnest interchangeable lens camera. Leaked images and specs from earlier today indicate that Samsung is working on a new camera dubbed the NX mini, and this cam is going to be tiny indeed.

The images were initially released by the folks at NXRumors (Google translated), who managed to get ahold of a press image as well as a photo from what looks to be a product presentation.

According to the breakdown in the presentation, which you can read for yourself below, the mini will boast a 20MP 1-inch BSI CMOS sensor (quite possibly the same one that’s in the RX100 Mark II), DRIMe 4 processor, 3-inch selfie-friendly flippable LCD, ISO range between 160 and 12800, 1080p/30p video capability and 1/16000s max shutter speed. 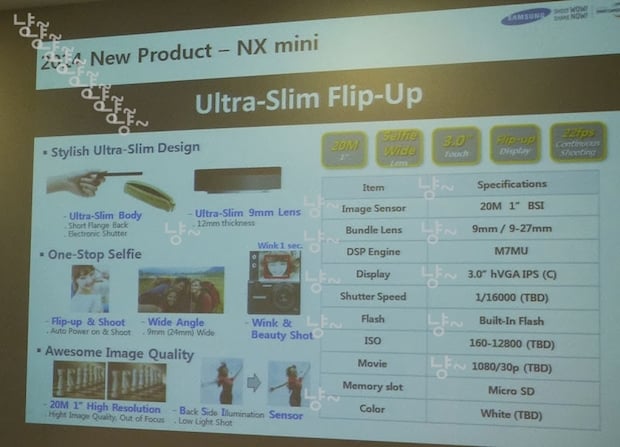 The camera is also said to use microSD (good thing they’re getting so big) and feature 22fps continuous shooting!

Of course the big selling point here is portability. The camera will supposedly sport its own lens mount that will support a 9mm and 9-27mm lens at launch. That 9mm lens is said to be only 12mm thick, while the camera itself is allegedly only 35mm (1.37 inches) thick.

That’s all the info we could glean from NXRumors and the images they posted. If there’s anything we missed that you feel is worth mentioning be sure to drop it in the comments.

No pricing info has leaked yet, but according to Mirrorless Rumors the announcement should be in less than a month, so we won’t have to wait long.

Some iStock Photographers Told That They Were Overpaid, Will Have to Pay Getty Back