Our reviewer Colin Peddle is currently the envy of the rest of the PetaPixel staff (including, wouldn’t you know it, the Editor in Chief) because he gets to play around with the ZEISS 55mm f/1.4 Otus that has everybody in the photography world salivating.

Well, this video won’t help with all the salivating, so get a napkin ready. Put together by photographer and cinematographer August Bradley, it’s the first ever short film shot with the $4,000 lens and does a great job showing off what a scharf lens it really is.

Bradley decided to shoot the video when he was told that he and his team would have early access to the lens. According to the video’s description, he drew inspiration from a tour he was given of the company’s factory in Jena, Germany for Zeiss Cine Lens Day. 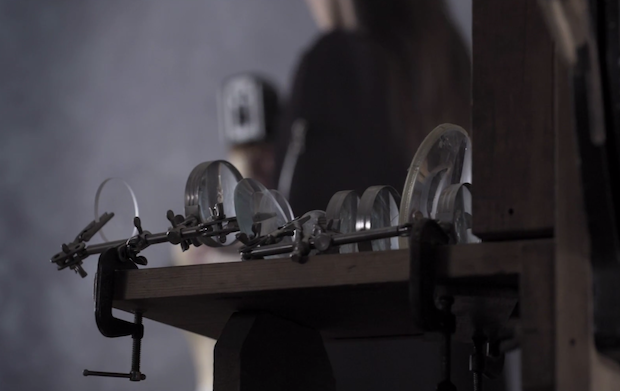 The ideas in this film are based on my experience at Zeiss Cine Lens Day, where invited cinematographers from around the world toured the Zeiss lens manufacturing facility in Jena, Germany. In addition to manufacturing a wide range of lenses (a process that is both highly mechanized and also involves a significant hands-on human touch), Zeiss makes planetarium projectors and watching the stars in the Zeiss Power Dome had an impact on this short piece as well.

When I approached artist David Lovejoy about building a scene with his elaborate fantasy lens machines and planetary sculptures for a Zeiss-inspired project, he was excited and explained the coincidence that it was the Zeiss planetarium projector at Griffith Observatory that inspired him in the first place to create these pieces of sculpture.

We love this video because, not only does it show off the ZEISS lens’ chops (something Colin is becoming intimately familiar with… initially skeptical, he sent me a text yesterday asking for permission to publish a love poem to the Otus on Valentines day…) it also transports us into a beautifully-constructed fantasy world of ZEISS photo gear.

We don’t know about you, but we think that’s pretty cool. As always, let us know what you think of the video in the comments down below.

(via planet5D via The Phoblographer)