Remember that crazy rooftopping photograph captured by photographer Joe McNally from the top of the tallest building in the world? The video above is an interesting 4.5-minute-long behind-the-scenes look at how McNally ascended the tower and held a photo shoot at the very top.

From the video above, we see that McNally was wearing a helmet cam to record the adventure from a first-person point of view, and that he had two workers assisting him with the shoot: 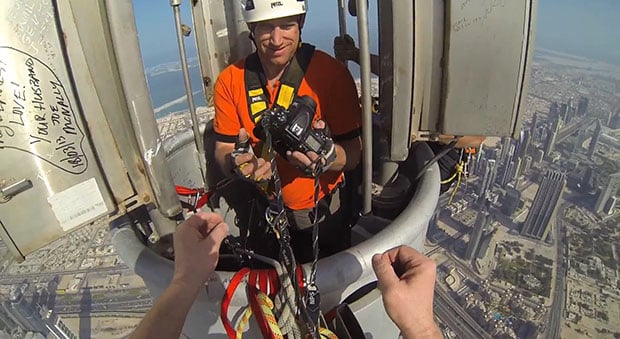 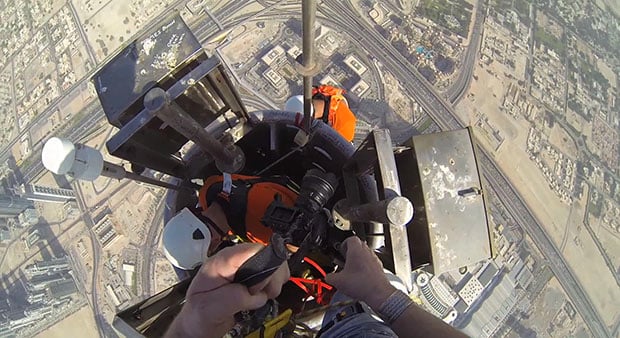 While at the top, McNally shot photographs of the workers to show their athleticism and to give a sense of scale to his photographs: 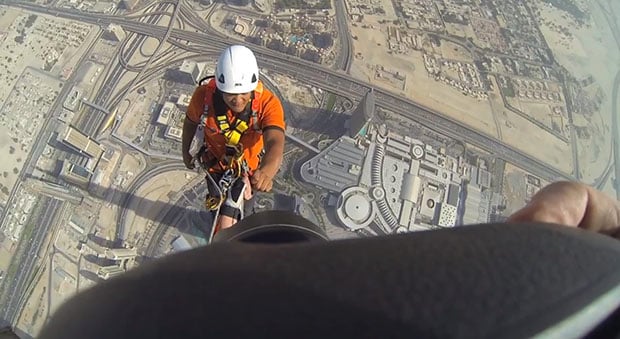 In case you missed it last time, here’s the vertigo-inducing photograph that made the rounds back in March: 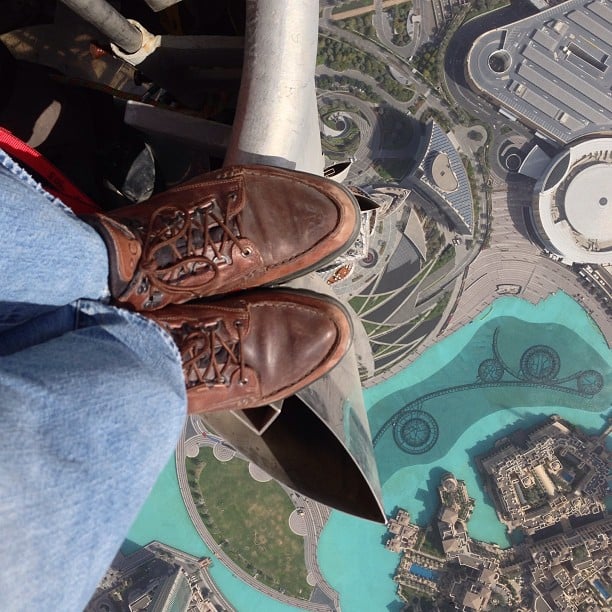 The Burj Khalifa is the tallest manmade structure in the world, standing 829.8 meters (2,722 feet) tall, and McNally was right at the top for the photo above.

McNally had attended Dubai to teach at Gulf Photo Plus 2013, and says that he was given access to the Khalifa after three years of communicating with the building’s administrator (the fact that he has 26 years of shooting for the National Geographic definitely helped).

Image credits: Photographs by Joe McNally and used with permission

Chimpanzee Photographer’s Work Sells For Over $75,000 at Auction