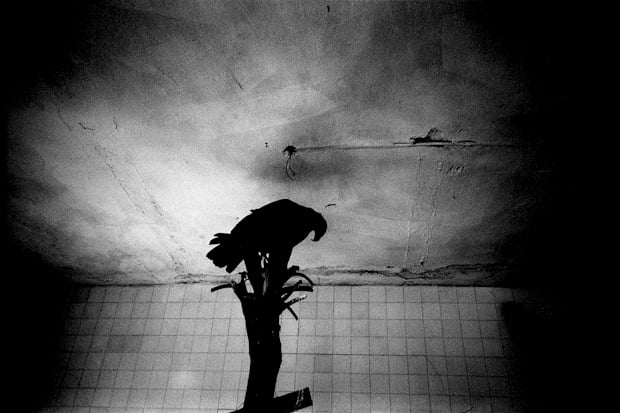 Gilles Roudiere was born 1976 in France and lives and works in Berlin. He is a self-taught photographer, and in 2005 he decided to give up his job as an executive to concentrate on photography. His work mainly focuses on Central and Eastern European countries.

PetaPixel: First Gilles, how did you get your start with photography?

Gilles Roudiere: I didn’t have any interest for photography for a long time, I disliked the technical aspects of it. One day I learned that I had a grandfather who used to be a photographer. There was a lot of mystery surrounding him, and of course it aroused my interest. Later on, I spent two years in Poland and then traveled a lot because of my job and the photography was always part of the trips. I finally quit my job as an executive and decided to move to Berlin with the idea to take photography seriously.

I learned by exploring photo books in bookshops or libraries, and looking at websites of photo agencies. Discovering post-war Japanese photography was a major stepping stone as well; and maybe unconsciously, it is still very present in my mind while taking pictures.

But more than the process of learning, it is the unique experience of the emotion that photography can arouse that binds me to this specific medium; a physical experience which is in most cases independent from the subject itself. I believe I became a photographer when I stopped trying to understand pictures, and started to feel them. 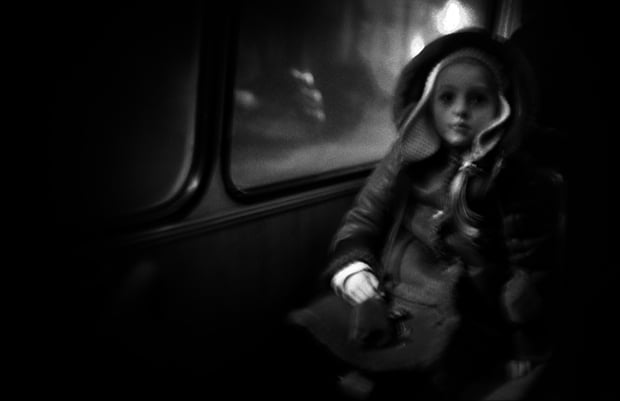 PP: Who are the mentors who have helped to shape your craft and vision?

GR: The main influences and photographers I feel really linked with are the Japanese post-war photographers Takuma Nakahira, Yutaka Takanashi, Masahisa Fukase and Daido Moriyama. I also like the philosophy of Swedish photographers Christer Strömholm and Anders Petersen, and the simplicity and elegance of Paulo Nozolino’s works as well.

There are also many lesser-known but excellent photographers surrounding me: Damien Daufresne, Stephane C, Charlie Jouvet, Alisa Resnik… with whom meetings, conversations and shared editing have all been very helpful. 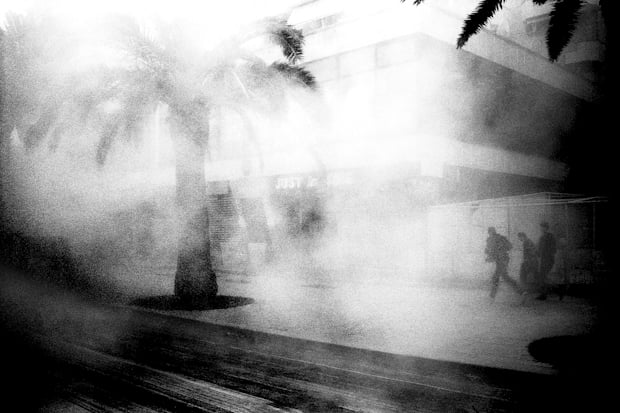 PP: Your series “Shitet,” which means “for sale” in Albanian, is a series of street scenes made with a distinct film noir style. What movies, music, and works from other types of media have influenced you to make images in this style?

GR: I don’t think I’ve been really influenced by other media types on that series. Albania is a very sunny country and I like the idea that it is precisely the brightness of its landscapes that allows to get very deep blacks and to play with light and shadows. Besides the aesthetic, the invading blacks are, for me, a way to get rid of anecdotal details, simplify and avoid too much narrative in the pictures. 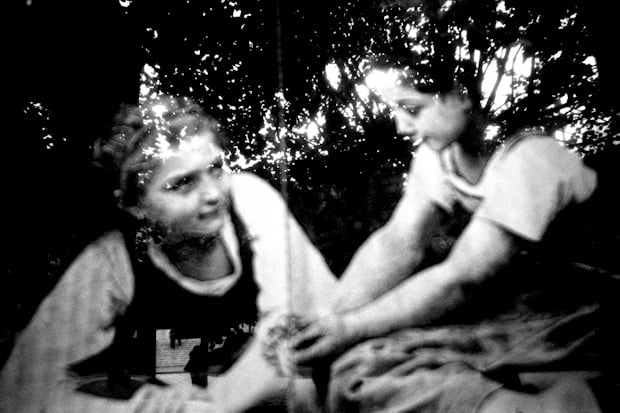 GR: The word “Shitet” is probably the most visible term found throughout Albanian urban landscapes. You find it stuck, painted and/or scratched everywhere… It’s like the whole country would be for sale.

The word became for me like a second name for Albania, and for that reason I took it as title of the project. I didn’t really want to say anything about the country through the title and I like the idea the word does not have a lot to do with the pictures themselves. PP: When did you begin this project, and how long have you worked on it?

GR: I started the project in 2010 and have been to Albania twice every year (varying two to four weeks) until 2012.

PP: You have a poem on your website that speaks about the character and the soul of Albania. Tell us about this soul, and what it is about Albania that you seek to express with these images?

GR: Albania exhales something very specific, mysterious and bewitching (the strong streams of the Mediterranean sunlight, the unlikely landscapes, the smoke from burning wild rubbish, the whirls of dust in towns, the sandstorms along the coasts…) that can’t fail to haunt you.

My purpose was to capture and deliver my own intimate experiences of the country, of its atmosphere. I wanted to steer clear of any documentary issue and focus on simple things and scenes that would tell a more personal manner the way I could feel the region’s spirit. 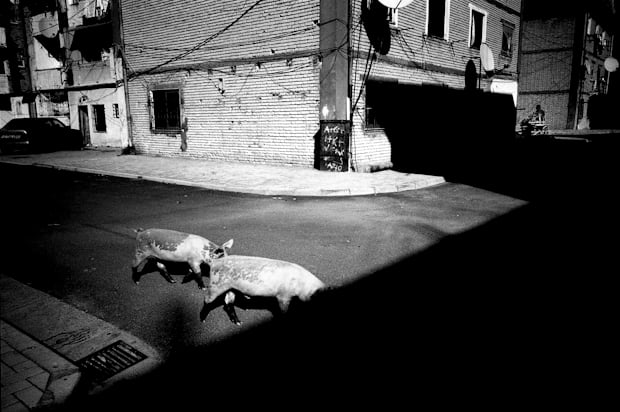 PP: What equipment are you using for this project? Are you shooting with film? Do you make prints in the darkroom?

GR: I used different film cameras (ricoh gr, hexar, mju) but all of them had the common point of being small and light. I have a bad back, so this way of working allowed me to carry my equipment without a bag. It’s also much easier for me to make pictures with that kind of low profile camera. I feel more spontaneous, and the contact with people is somehow more comfortable.

I develop the film at home and scan the negatives to get an equivalent of contact sheets. I haven’t used my darkroom for many years now, a pity… (also for economic reasons) 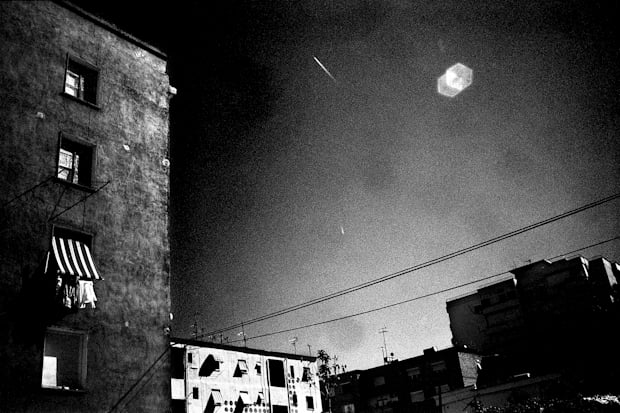 PP: Do you consider yourself a traditional street photographer?

GR: Most of my images have been taken in the street and in that way I’m probably a street photographer. But I guess a traditional street photographer would rather look for narrative elements (a street scene directly telling a story) or combination of background details responding to foreground elements, things I try to avoid as much as I can. So I’m maybe not in the pure tradition of street photography… 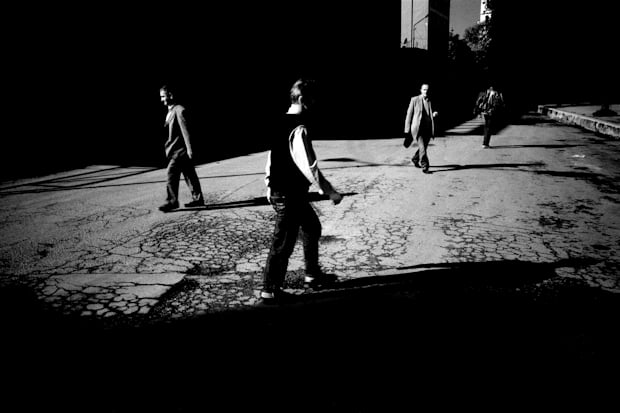 PP: Looking through your images and the way the tones and figures play against each other, there’s an intensity and drama to the stories being told. Are these emotional chords you strike meant to reflect the subjects of the pictures or your own view of the world?

GR: The very smoky, dusty and sun-filled atmosphere of Albania is by itself a reason the photos look the way they are. My pictures are rather dark and I know viewers sometimes feel they are dramatic. It’s not the way I see them. I agree with intensity. It’s probably a mix of my own view, hopefully uncompromising and sincere, and the will to carry an emotion through the subject and its aesthetics. 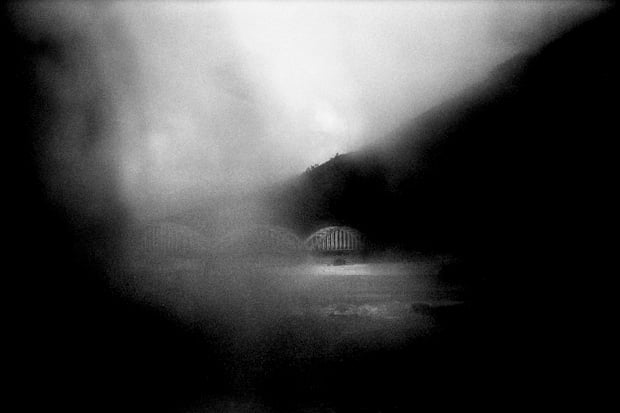 GB: I’ve got many projects that are already shot but still on undeveloped film. I’m currently working on developing and scanning the last month’s material. I guess several sequences corresponding to the different trips I made will come out of it, but also a traversal series not linked to any special geographical place.

I’ve got some exhibitions planed until June and will teach a workshop, which I’m really looking forward to, too. I like to have the opportunity to talk about a certain kind of photography, one dealing with feelings. 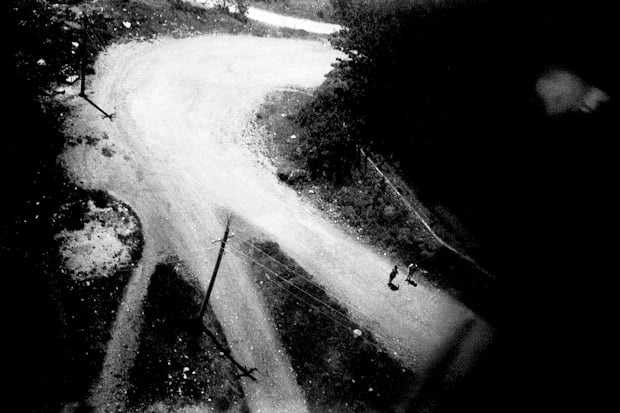 Facebook to Brides: Why Have One Photog When You Can Have a Hundred?