Defending the selfie in this day and age is a dangerous angle to take, but the folks at the PBS Idea Channel are taking a swing at it because, in their words, “despite being possibly the world’s most annoying habit, selfies are undeniably a major part of modern visual language.”

It’s an interesting argument to make, especially when you admit that the selfie is “the lowers common denominator” in photography. But as it turns out, PBS might be doing us all a favor. In the 9-minute video embedded above, they not only explain the relevance of the selfie, but also make a case for the selfie not actually being a photograph at all.

PBS is clarifying for the world at large something that many photographers have been saying for a long time: that there is a big difference between a snapshot and photography. Or more specifically put: between a photo as a ‘speech act’ of communication and photography as a fine art. 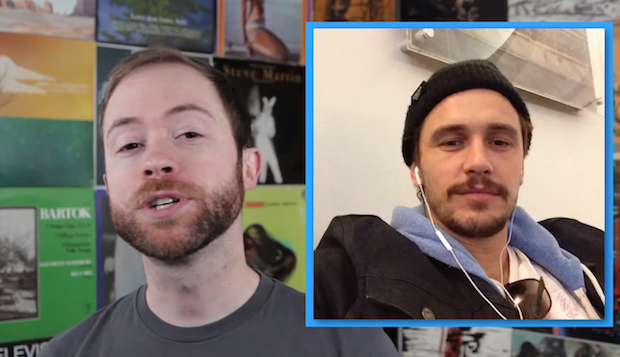 The selfie receives so much ire, argues PBS, because it is being judged as a photograph and by those standards it falls utterly and pathetically short. Pictures of your food and snapshots of your cute pet fall under the same category: they are maligned because they are communication masquerading as art.

Start thinking of them as communication, and the hate subsides… at least a little bit.

So maybe the Oxford Dictionaries had it right when they named ‘selfie’ the 2013 word of the year. Not because the word was used so much, but because the selfie itself (say that five times fast) should be categorized as language, not photography.