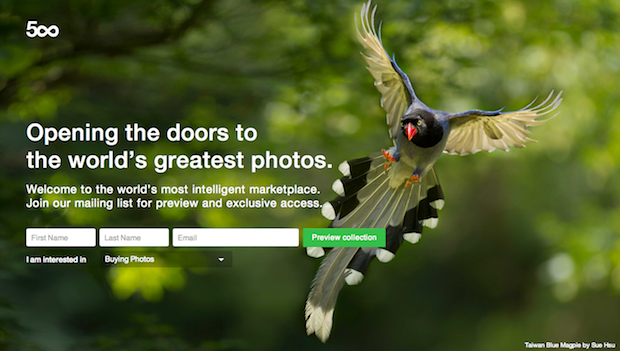 Earlier today, 500px announced that it would be getting into the licensing game with a new commercial licensing site dubbed 500px Prime.

Announced on the image sharing site’s blog, 500px is painting Prime as a revolutionary commercial licensing marketplace that will “fundamentally change the way photos are licensed.” The company makes this claim for three reasons, at least one of which is nice to hear.

Of course, many believe that self-marketing is still a much more lucrative way to make money off of your photography — after all, 100% is a lot more than 30%. But for those photographers who don’t have the time or maybe have never even thought of making money off of their popular 500px profile, 500px Prime could be a viable option.

To learn more about the service — including how you yourself can get involved as either a buyer or seller — head over to the 500px blog or check out the Prime website directly. But before you go and do that, drop us a line in the comments and let us know what you think. How will 500px Prime stack up against the other options out there?

Interview with Bear Kirkpatrick, Creator of the Photo Series ‘Wallportraits’