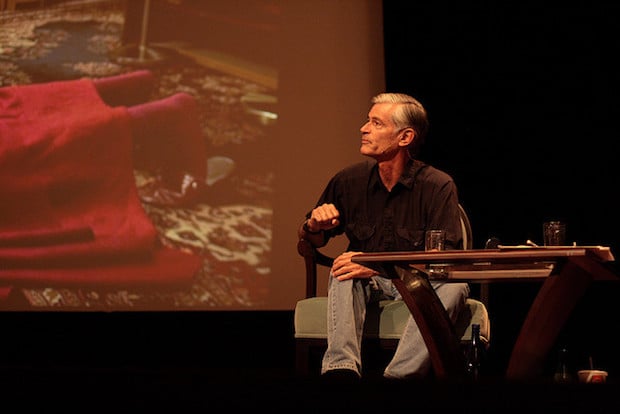 While covering the pre-election violence in the Thai capital of Bangkok, renowned photojournalist James Nachtwey was shot in the leg, reports the Wall Street Journal. Fortunately, according to a report in TIME, it seems the photog wasn’t badly injured and returned to work soon after being shot.

TIME’s director of photography Kira Pollack contacted Nachtwey by text message shortly after news of the injury reached her, and assures the photo community that he is okay:

The bullet passed through but didn’t hit the bone. Amazingly, he went right back out and worked again. That’s who he is. We are all relieved that he is ok.

The gunfire responsible for Nachtwey’s injury erupted in Bangkok Saturday ahead of controversial snap elections scheduled for Sunday, with pro- and anti-government protesters facing off on the city’s streets. Nachtwey, who has been working with TIME since 1984, is not currently on assignment for TIME.