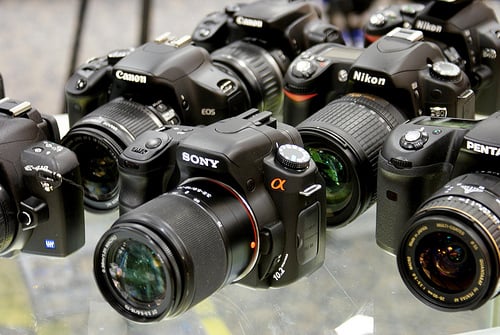 Some members of the photography industry have been up in arms the past few days over an internship offered by the private studio of seasoned pro photographer James Nachtwey.

New York based Nachtwey is offering a three month position as his assistant, which seems like a great experience, since Nachtwey is an award-winning photojournalist who has been in the industry for nearly 40 years now.

However, the main gripe commentators on forums and in the blogosphere seem to be making is the fact that the position, which calls for experienced photography students or early-career photographers, seems to involve a lot of post-processing and lab work, and is unpaid. Outrage ensues.

Read the job description here, along with reactions.

But the bigger issue here is the idea of unpaid internships in general, and the situation many photographers face when trying to become professionals.

Ideally, internships offer valuable work experience, a learning environment, and networking connections. Unpaid internships usually come coupled with class credit as compensation. Paid internships offer a nominal stipend, sometimes enough to pay rent and cover some living expenses. The emphasis, in either case, is that the experience is the best reward.

Plenty of publications and non-profits offer unpaid photography internships, and there is always a cutthroat amount of competition for those positions. Having that name and experience on a resume might be worth time and energy.

However, there are a lot of publications, particularly newspapers, that can barely afford to keep their current staff employed, but who still pay interns around $500 a week for the duration of their internship.

Outraged commentators note that Nachtwey’s position is slightly different; he privately owns his studio, runs a for-profit business, and can’t offer class credit for photographers who are not in school. Additionally, many feel that the position likely will not improve or stretch their own photography skills, since it appears they will be functioning as post-processing specialists, rather than as photographers in the field, as for most newspaper internships.

And what’s more, many feel that the situation exemplifies the experience of emerging photographers, that they are being exploited because of their youth in the field, rather than being paid according to their ability.

Photographer Matt Brandon defends Nachtwey on his blog, The Digital Trekker, noting that paid photo internships are far and few, and often wishful thinking. Additionally, it would be an honor to work alongside Nachtwey, even if doing the equivalent of photography menial work. Nachtwey is a veteran of the industry and of the battlefield, as he has covered numerous wars internationally.

Others maintain that if Nachtwey offered the position as a unique workshop, people might actually pay out of their own pockets to work for him. Or if he called the position a volunteer position, rather than an unpaid internship, the issue would not exist.

This whole debate is pretty emotional.

On one hand, there’s a great deal of frustration coming from the ranks of early career photographers who are struggling to find jobs after graduating.

On the other hand, there are those who argue that photography is in general a tough industry to break into; those who weather the waves of competition (and an inglorious internship) may not make money initially, but require that sacrifice in order to rightfully enter the ranks of professionalism.

And there are also those who wonder if as a whole, the photography industry is defeating itself by offering free or cheap photography services for exposure instead of demanding a fair price commensurate with ability and quality.

Read more on the debate:

What do you think? Should photographers, regardless of experience, draw the line somewhere? Have you had a similar internship experience that you found either rewarding or otherwise?

Image Credit: March of the Cameras by The Suss-Man

Charge Your Camera by Hand with YoGen