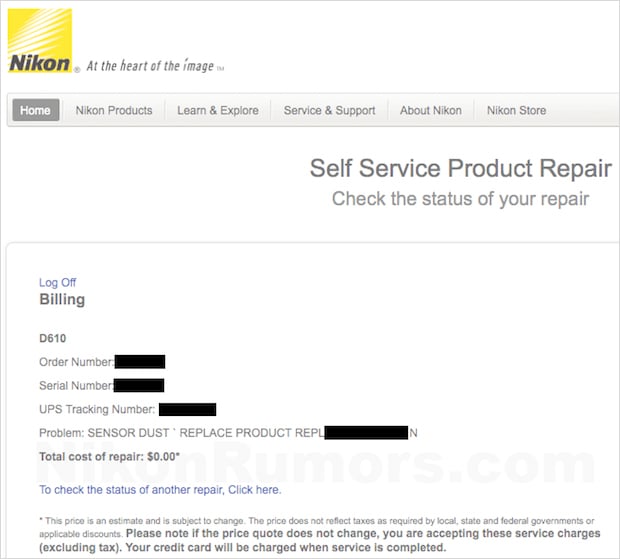 Nikon’s release of the D610 was met with a bit of… hostility… from many of the D600 users who were and still are dealing with sensor spot/oil/dust (whatever the heck you wanna call it) issues. But it looks like at least a few D600 owners have been treated to a nice surprise from the company service center.

According to Nikon Rumors, reports have been coming in of D600 users who were given a replacement D610 when they sent their “dirty” models in. The replacements are, for the most part, costing the user nothing out-of-pocket — with the exception of some French users — and it looks like people in Europe and the US have been getting this treatment.

Apparently, the ‘standard procedure’ for Nikon over the past several months has been to replace the shutter mechanism on the D600’s they receive. We have no idea why they would take a different approach (and only for select users) but if you’re dealing with ongoing sensor spot problems, now may be a good time to send the camera in and cross your fingers.

Representations: Photographs of Everyday Objects Made to Look Like Drawings