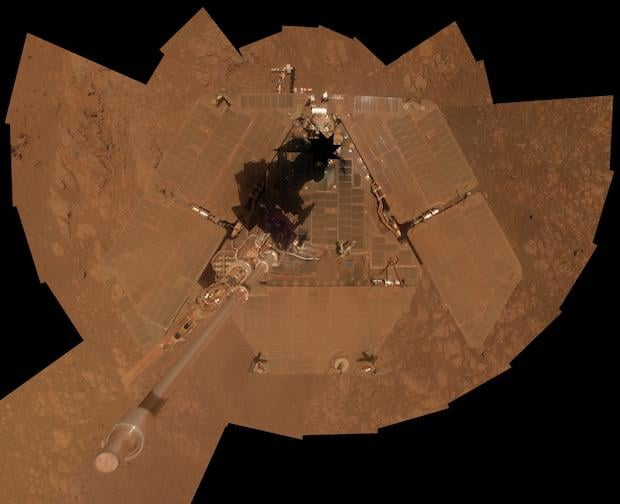 When the Mars Rover Opportunity landed on our planetary neighbor on January 25th, 2004 it was undertaking a three-month mission. Well, it’s a full decade later and the little guy is still alive and kickin’ (in a robotic kind of way).

And what better way to celebrate that achievement then by taking a good ol’ fashioned, 2014-like selfie?

The photograph — which was taken using the rover’s panoramic camera between January 3rd and 6th — was sent back to Earth three weeks ago when a wind storm helped remove some of the dust that has been accumulating on the rover’s solar panels.

To learn more about the picture or download your own high res JPEG or TIFF version of it, head over to NASA’s JPL website by clicking here.

P.S. In their coverage of this particular photo, the folks over at Astronomy Photo of the Day dug up this particularly appropriate XKCD comic. Enjoy! 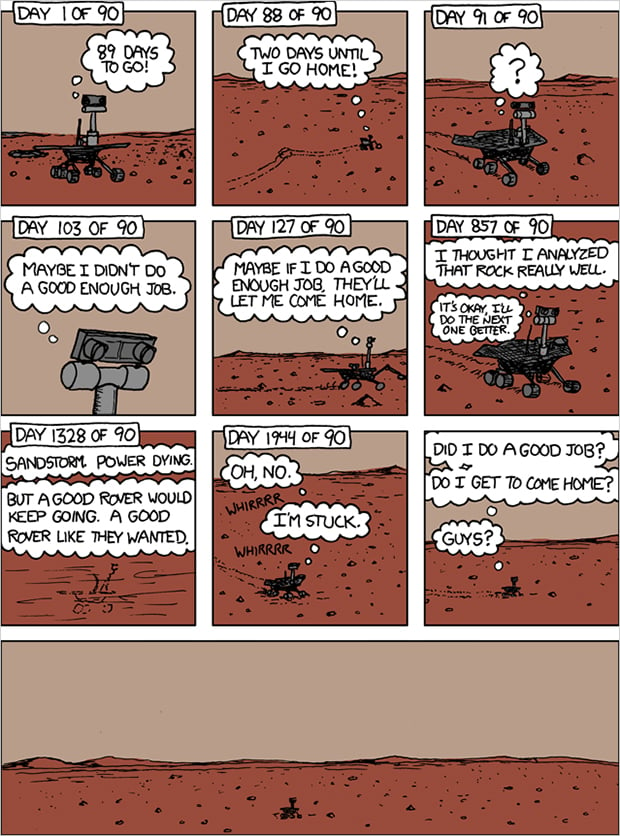 The Power of Belief: An Interview with Photographer Natan Dvir