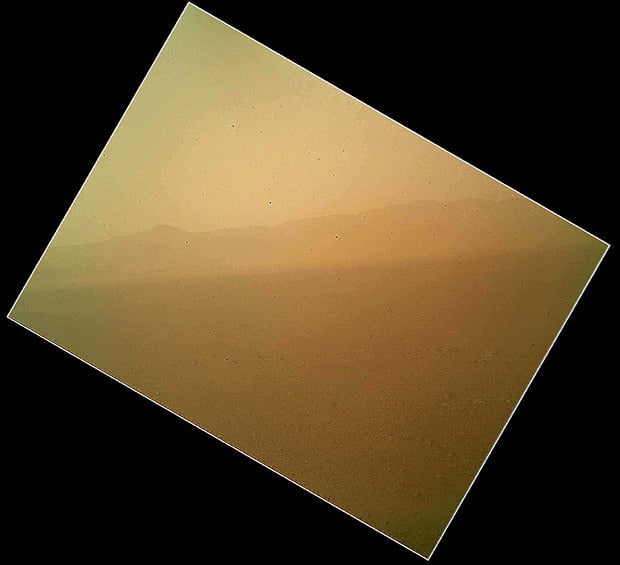 The photo was shot with the Mars Hand Lens Imager (MAHLI), one of seventeen cameras in the rover’s camera bag. It shoots true color photographs at 1600×1200 pixels of resolution (~2 megapixels) and a focal length of 18.3mm-21.3mm.

The camera can also be used for super close-up photos of Martian rock and soil, using focus stacking to achieve great depth of field. Files are stored either as RAW data or through lossless predictive or JPEG processing.

If you’re wondering why the image is so murky, it’s not because it was shot in the midst of a sandstorm. The camera’s dust cover is reportedly covered with a layer of dust that was blown onto it during the rover’s descent onto the planet.

The cover is expected to be removed within the next few weeks, providing an even clearer color view of the surrounding area.

360 Panorama is a Free Download This Week on iTunes