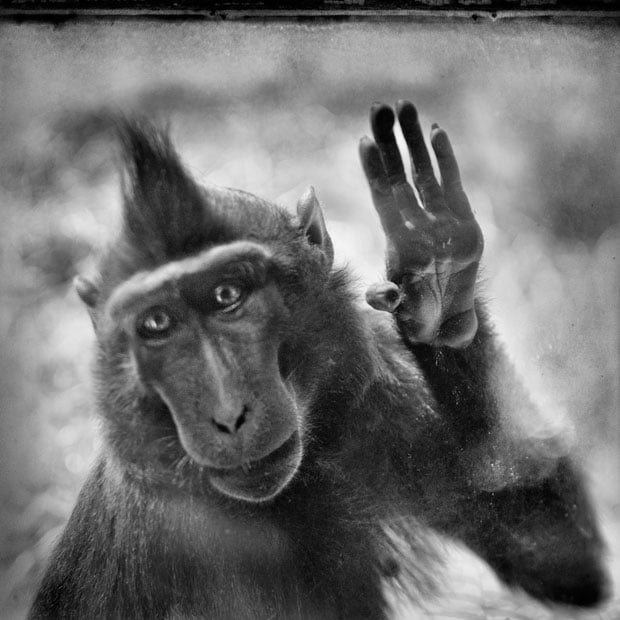 Anne Berry’s photographs have been exhibited and published internationally, and she has received numerous awards, including Critical Mass 2012 and 2013 Top 50. Anne is represented by the Catherine Couturier Gallery in Houston. She attended Sweet Briar College (BA) and the University of Georgia (MA). 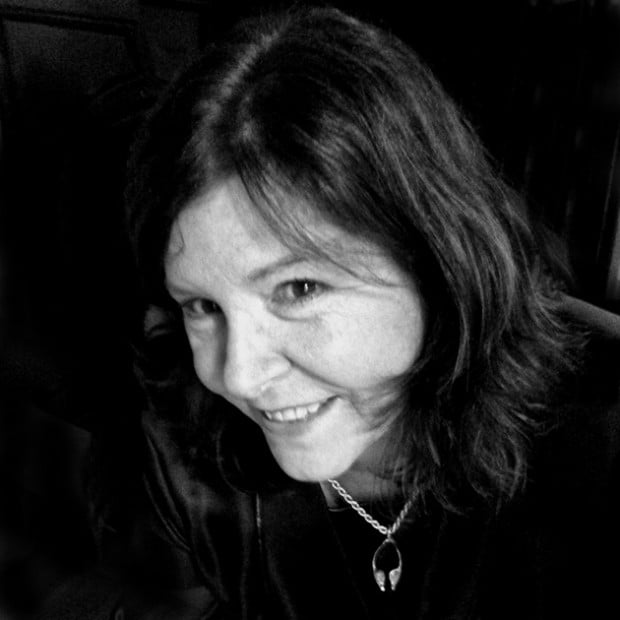 PetaPixel: First Anne, Talk about how you initially became drawn to photography?

Anne Berry: My mother is an artist; I can’t remember when I was not drawn to art. When I was in college my grandfather gave me his old Nikkorex; at the same time my brother installed a darkroom in our basement. I experimented with photography and other art mediums: painting, ceramics, and Polaroid transfer. It was not until about 10 years ago that I became serious about photography full time. 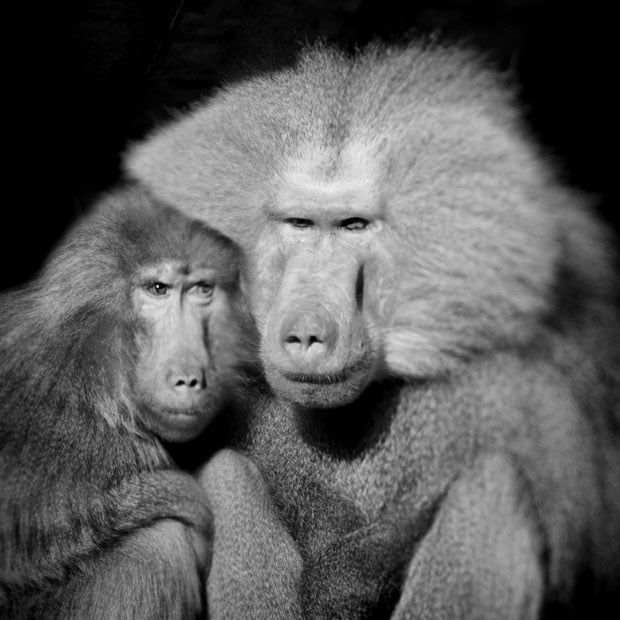 PP: Who are some of your biggest influences, photographically or otherwise?

AB: Painters that inspire me are Franz Marc, Chagall, and Kandinsky. Robert Demachy and other pictorial photographers also influence my work. I love Keith Carter, and I have many friends who create beautiful and inspiring work. 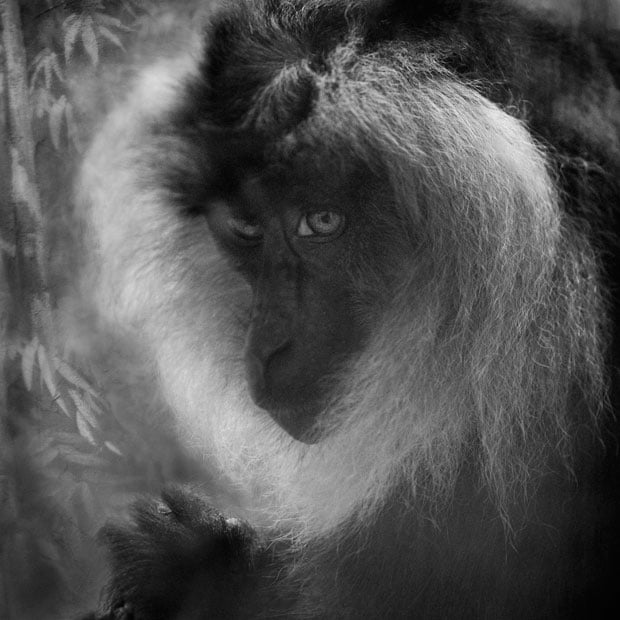 PP: Your website offers several links to animal conservation groups, how did you become interested in conservation and wildlife?

AB: Just being around the animals makes one wonder about their welfare. I hope the viewers of the photographs feel some of this interest. 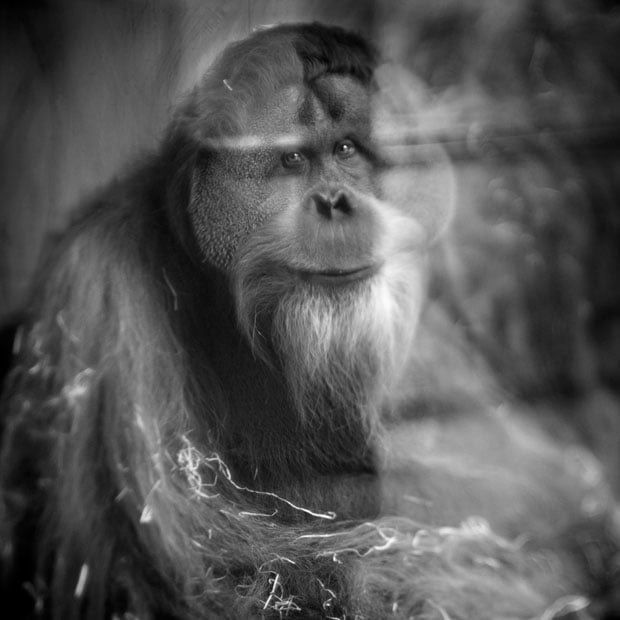 PP: The work in your two Behind the Glass series’ depicts chimpanzees, gorillas, and other types of primates in a way that is quite human-like. Talk about how you came to photograph these primates.

AB: It was a natural progression from Menagerie, which is a series of portraits of various animals in confinement. The human qualities of primates puts them in a separate category; they are especially able to remind people of the undeniable bond between man and animal. 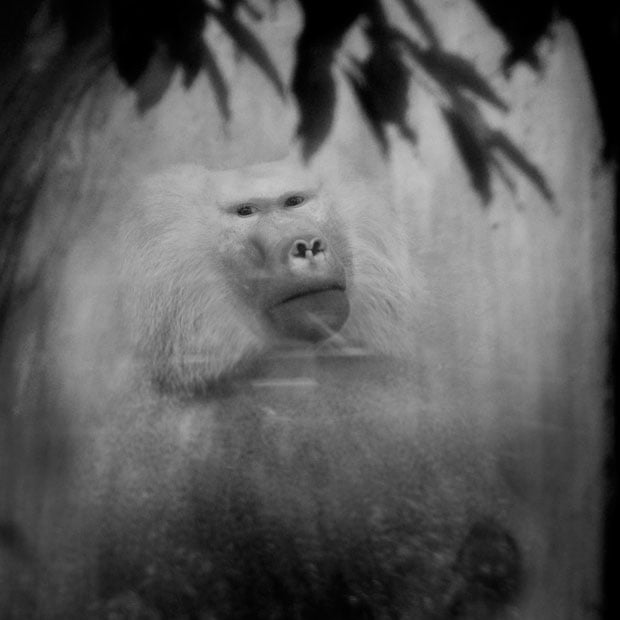 PP: The style of these images is rather dramatic, dark and moody. Talk about the emotional tones you strike in these images; what was your goal in terms of how you wanted these animals to be portrayed, and why?

AB: I shoot in this style so that the viewer’s eye is not distracted from the animal’s expression by color or details of the environment. I want people to feel the essence of the animal. 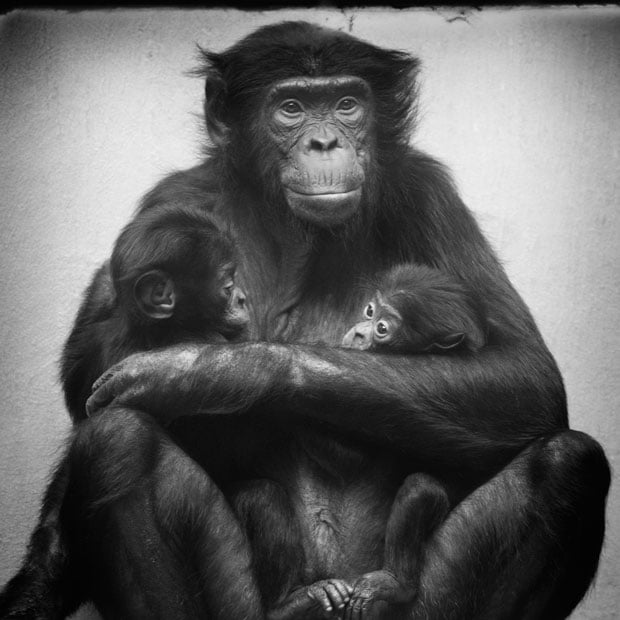 PP: As a follow-up, there seem to be two major viewpoints depicted in these series’; portraits that dignify the “sitters” and images that almost speak about the sadness of their encapsulation behind glass and bars. Is there a special connection you feel with these animals?

AB: I don’t mind that people often feel sadness, especially if it inspires them to act. But actually in most cases the zoo has provided an indoor/outdoor environment in which the primates are less stressed than they might be in the quickly vanishing wild.  The saddest thing is our lack of respect for the environment, and the resulting loss of habitat. 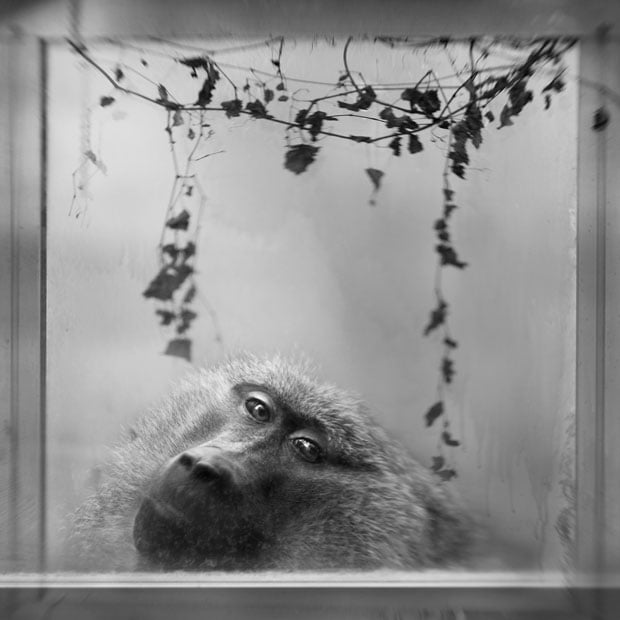 PP: One thing I find remarkable about your work is the very human-like gestures and facial expressions you’ve captured. Talk about the actual process of photographing your subjects. Do they respond to you differently than a typically passer-by?

AB: I stand and look longer than the typical zoo visitor. Also, I go to small zoos where I am the only human around at that time, and I am very close to the animals I photograph.  I do often have a silent connection, maybe because I allow it to happen. I feel like my photographs are a gift from (or through) the animals. 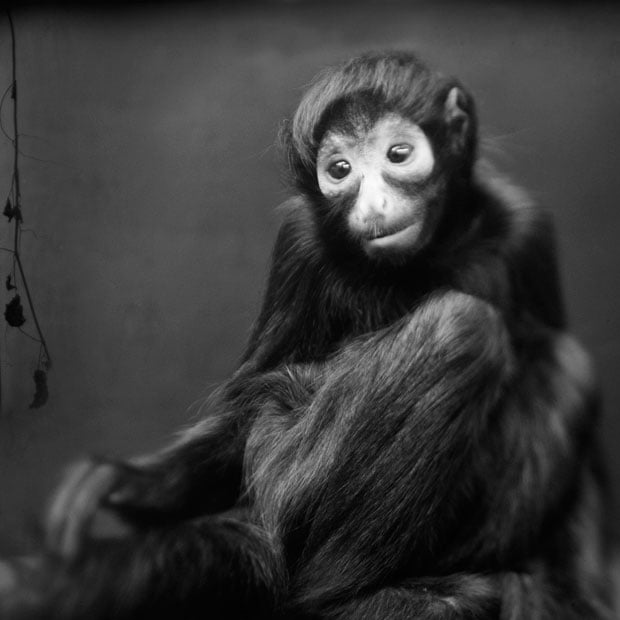 PP: What equipment did you use to make these? Many seem to have been created through a wet-plate process…

AB: These prints are silver gelatin. I’m actually working now to print selected images in the wet-plate process and also as photogravures. I shoot with a digital slr with a vintage medium format 80mm lens mounted with a tilt adapter. 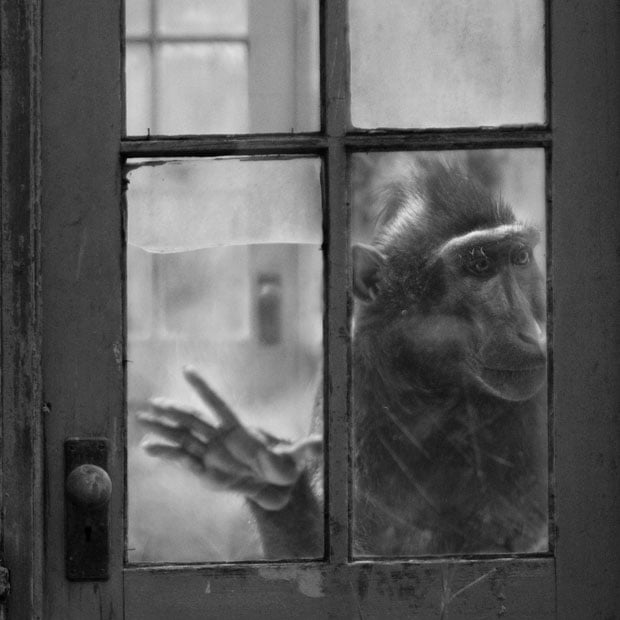 PP: Can you tell us any stories and unusual happenings that have occurred during any of these shoots? Any unexpected moments?

AB: I love the unexpected moments. I photographed a baboon troop outside of Cape Town. The young baboons came very close to where I was sitting; one leaned against my back. Later a large male baboon passed right next to me. Even in zoos some strange things happen. I fed some grass to a hippopotamus in the Delhi zoo. He was leaning over a 3 foot high wall as a horse would. 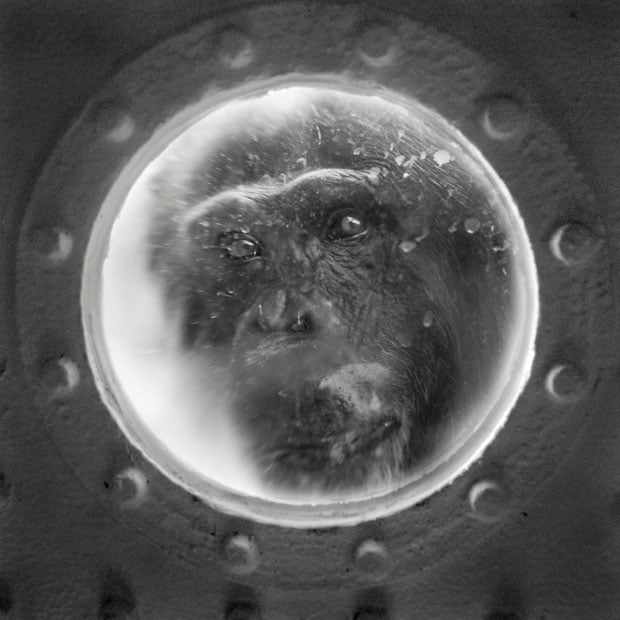 PP: Is it difficult to obtain permissions to make these photographs?

AB: I do not get special access from the zoos. It is very difficult to obtain permission from sanctuaries in America. I would very much like to do a project here, and I am continually working on finding connections. 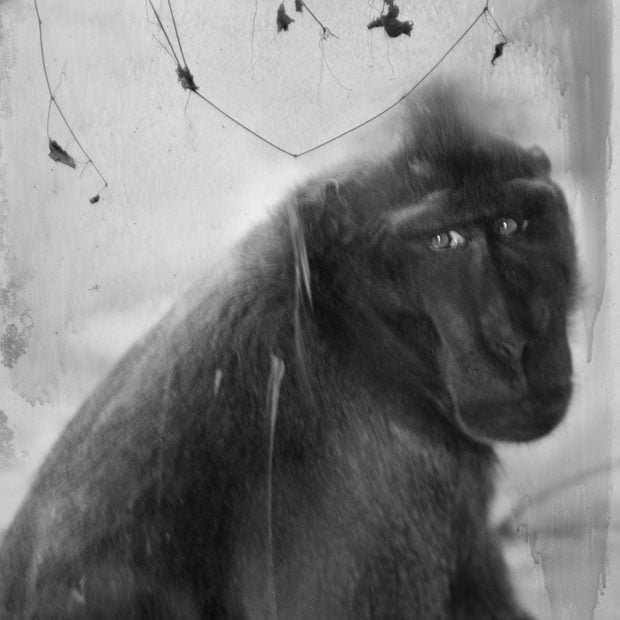 PP: What projects are coming up for you next?

AB: I want to work with an animal sanctuary in America, to create a book for them.  Usually my new series evolve from existing projects. I am going to Germany in the spring to continue current work and to experiment with new ideas. 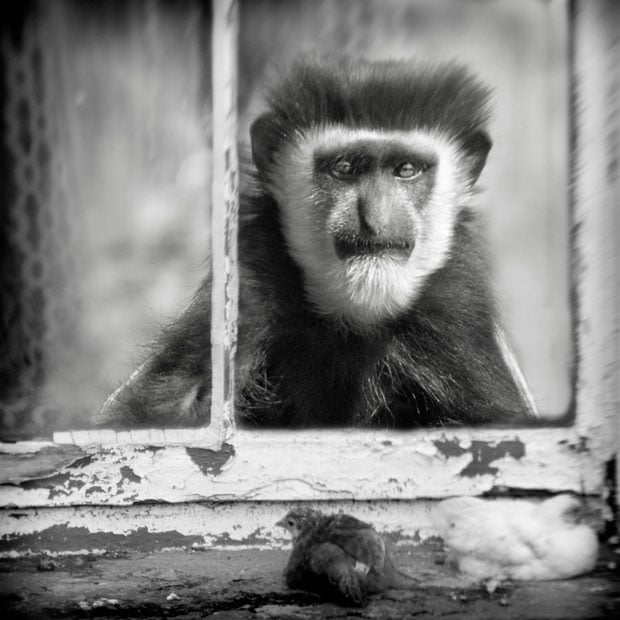 PP: Finally, what, overall, are you looking forward to over the next year, photographically or otherwise?

AB: I hope to publish my Behind Glass series this year. 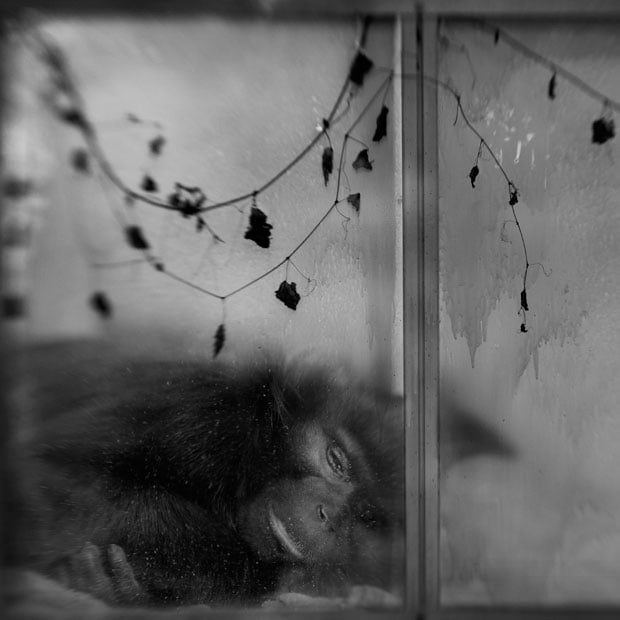 Interviews, Spotlight
Related Articles
Discussion
Trending Articles
Photographer Captures the Many Colors of the Full Moon Over 10 Years
May 25, 2022
Photographer Teaches Posing to Prove Anyone Can Be Photogenic
May 26, 2022
The Kodak Ektar H35 Shoots Two Photos Per Frame of 35mm Film
May 26, 2022
Astrophysics Student Takes Graduation Photo Under a Total Lunar Eclipse
May 26, 2022
Nikon Plans to Basically Abandon DSLRs by 2025
May 26, 2022