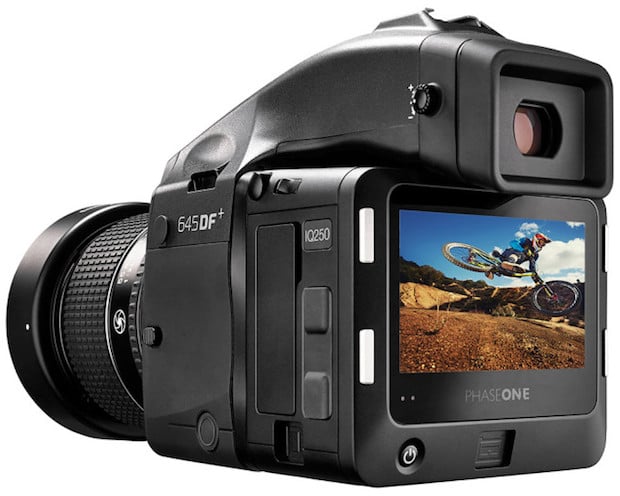 Well, that didn’t last long. Only a few days after Hasselblad revealed the exciting news that a 50MP CMOS Medium Format camera was in the works, PhaseOne has made a very similar announcement. Like Hasselblad, PhaseOne is calling this one a “world’s first,” only this time the title is “world’s first CMOS-based medium format digital camera back.”

It’s called the IQ250, and words like “game changer” and “class dominator” are already being bandied about in first-impression and introduction posts for this puppy.

Here are a few videos from PhaseOne. The first two introduce the new digital back, and the rest show world-class photographers taking it for a test ride:

The point of this digital back, as with the Hasselblad system, is to make it possible to take medium format image quality and dynamic range anywhere, even in low-light situations.

In that way it’s the same as the Hasselblad, but that doesn’t mean the two are created equal. Rumors floating around the Internet indicate that the Hassy won’t feature any improvements other than the new sensor — that means no touchscreen or WiFi connectivity — making the IQ250 the likely winner of this battle.

Besides, even if that isn’t the case, we know the Hasselblad won’t arrive until March whereas the PhaseOne back is available now. The downside (although, relatively speaking, it’s actually surprisingly affordable) is that the IQ250 will cost you $35,000.

For more info or if you’re eager to find a store where you can get your own, head over to the PhaseOne website by clicking here.