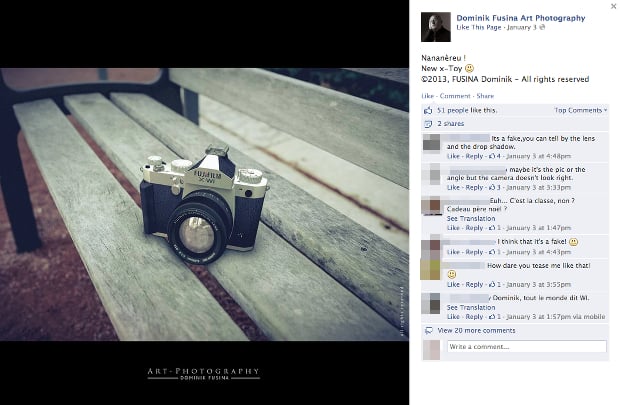 As a website, we’re trying to move away from sharing rumors and the like, or at the very least be much more selective. This is happening for a few reasons, but one of them is that, unless you are very selective, you’re bound to share something blatantly wrong. And worse yet, in your rush to be one of the first to report on it, you might do serious damage to your credibility.

Which brings us to a recent ‘photo leak’ that supposedly showed a full view of the rumored Fuji X-W1 sitting on a park bench.

Reports of this photo leak began circulating two days ago when Fuji photographer Dominik Fusina posted the above photo on his Facebook page. At first glance the ‘photo’ might look plausible enough, but then Fusina also posted several more images that were obviously 3D renderings.

Here are those images, which show a Nikon Df style Fuji X-Series camera: 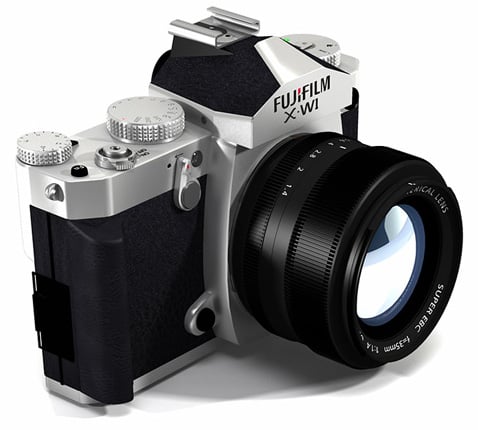 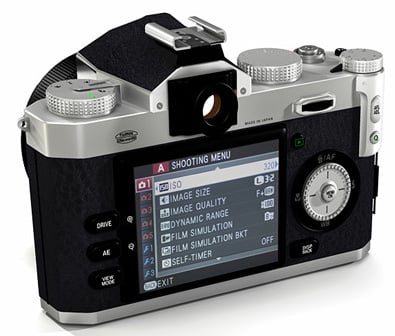 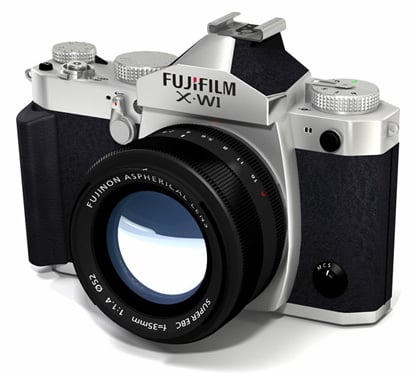 It took a couple of days and Fusina actually coming out and confirming that the photos were fake to put the story to rest, but for our part, we were a bit shocked that it got as far as it did. As Fuji Rumors pointed out:

Of course, we’ll have to swallow our words if, by some miracle, a Nikon Df-like X-Series Fuji somehow bursts onto the scene, but we just don’t think that’s going to happen.