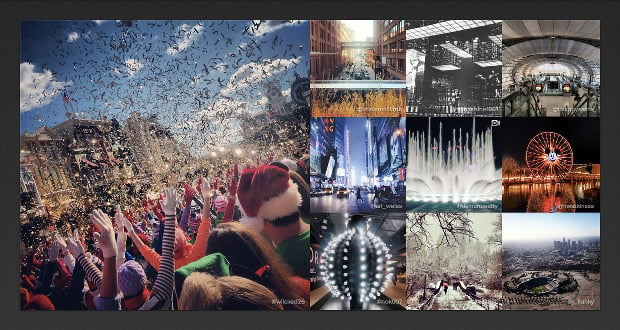 Every time we decide to post something about Instagram, we go through a bit of an internal dilemma. On the one hand, it’s the most popular photo sharing app in the world, and many photographers have used it to great effect — for those reasons alone we can’t exactly ignore it. On the other hand, a solid percentage, perhaps even a majority, of you guys hate the app with a passion that defies our collective vocabulary to describe.


So we’ve come up with a solution. In a second we’re going to tell you what the most Instagrammed locations and cities, as well as the most-liked photo, of 2013 were, and if you hate Instagram we’re going to suggest that you (get this) don’t read on… crazy, we know. So here goes.

As it did last year, Instagram took some time today to dig through its statistics and pull out some trivia facts for 2013 that you can bring up at parties if you run out of literally everything else you have to talk about: The most Instagrammed locations of 2013, the most Instagrammed Cities of 2013, and the most-liked picture of 2013.

Here’s a look at both of the aforementioned lists:

Like last year, Bangkok made a strong showing in the stats, claiming two spots on the most Instagrammed locations list with its photogenic mall and airport, and the title of second-most Instagrammed city. Other locations that made it on the list again this year include Disneyland, Times Square, the Staples Center and Dodger Stadium. Newcomers include Disney World, The Bellagio Fountains in Las Vegas, and Central Park and The High Line in NYC.

Meanwhile the most Instagrammed cities were also tallied this year, to show off how much the service has grown. According to the Instagram Blog, over 60% of photos are now being uploaded from outside the US, with the cities of Bangkok, Thailand, London, UK, São Paulo, Brazil, Moscow, Russia and Rio de Janeiro, Brazil leading the charge. 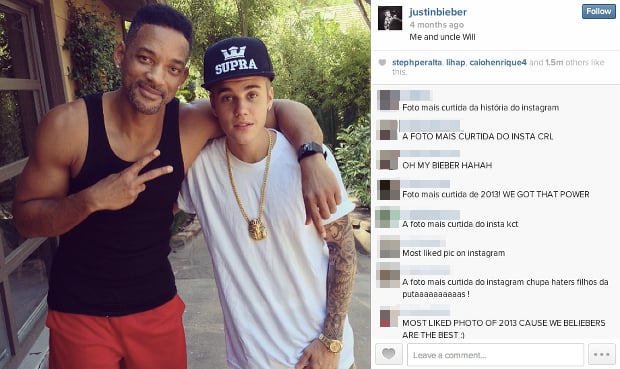 And, last but not least (actually… maybe least) for the Instagram news is the announcement that none other than Justin Bieber was responsible for the most-liked photo of 2013. The photo above of the Biebs with Will Smith has garnered over 1.5 million likes… we’ll let you decide what kind of statement that makes about the current state of popular culture.

For more info or if you’d like to see the info from the company itself, head over to the Instagram blog by clicking here.