Once in a while, you wake up in the morning with problems on your mind (or in your Inbox) and immediately start your day in a funk, focused on those problems. It’s these mornings that benefit most from some perspective-giving imagery, and perhaps nothing puts our tiny Earth-bound problems in perspective quite as decisively as photographs taken from the International Space Station.

The time-lapses you see above and below will do just that, and do it in spectacular fashion as you fly over the Earth feeling a bit like Superman trying to turn back time (oh, I’m sorry, is my Nerd showing?) 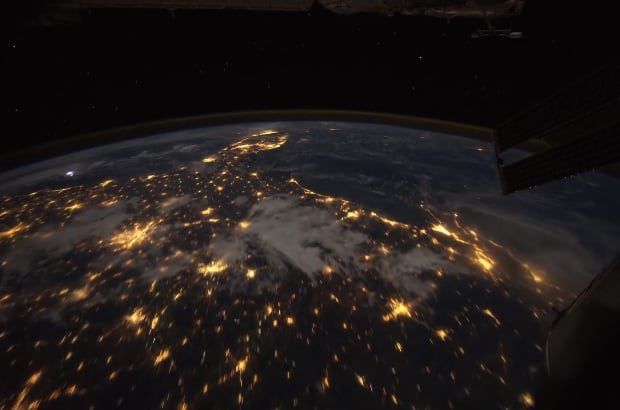 Both time-lapses were put together by film student and programmer David Peterson using imagery captured by the astronauts on the International Space Station. Above, we have a video uploaded two days ago called “The World Outside My Window” — created from photos taken on expeditions 29, 30 and 31 — while below we have “All Alone in the Night,” which Peterson put together back in 2011.

Full screen, 1080p (or 4K for the top one if your monitor supports it), lights off and volume up please:

As Peterson explains in the video description for The World Outside My Window, this second time-lapse is about, “bring[ing] a bit more attention to the station itself, including the humans aboard it,” where as All Alone in the Night, “highlighted night sequences and spectacular aurora light,” and was “intended to give a feeling of flying through space.”

Both actually do that last part pretty well, and both are jaw-dropping. So sit back, relax, and if you did have a rough morning, let your problems shrink back to their appropriate size (or perhaps a bit smaller) by watching these stunning videos.

Image credits: All photographs courtesy of The Gateway to Astronaut Photography of Earth/NASA

An Intro to Adventure Sports Photography: 10 Photographers You Need to Check Out