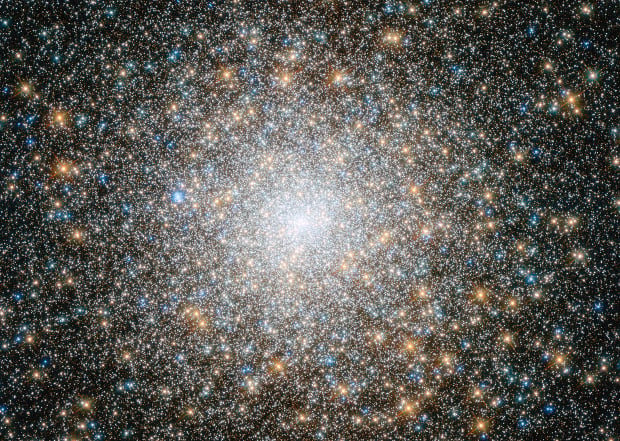 Once in a while we peer into the heavens and show you a photograph that even the richest and most gifted of photographers can’t match. And that’s the case today, because what you see above is a photo of the Messier 15 (or M15) cluster of stars taken by the Hubble Space Telescope.

The photo was only recently released and it’s special because M15 is one of the most dense clusters of stars ever discovered. It’s located some 35,000 light years away, and if you thought that photo of Saturn we shared recently was big, this one spans some 120 light years across…

Here’s the whole shebang (click the photo for full res): 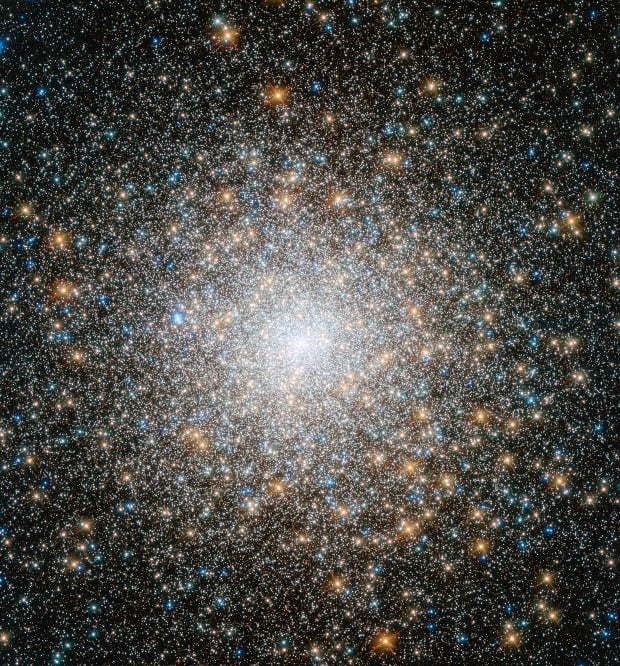 A description of the cluster courtesy of the ESA:

Both very hot blue stars and cooler golden stars can be seen swarming together in the image, becoming more concentrated towards the cluster’s bright centre. Messier 15 is one of the densest globular clusters known, with most of its mass concentrated at its core. As well as stars, Messier 15 was the first cluster known to host a planetary nebula, and it has been found to have a rare type of black hole at its center.

The final images is made up of photos taken by Hubble’s Wide Field Camera 3 and Advanced Camera for Surveys. To see a full res version of the image, click here. And if you’d like more information about the M15 cluster, head over to Wikipedia or the ESA’s Hubble website by following the corresponding links.

New Technology is Making it More Difficult to Conceptualize Photography