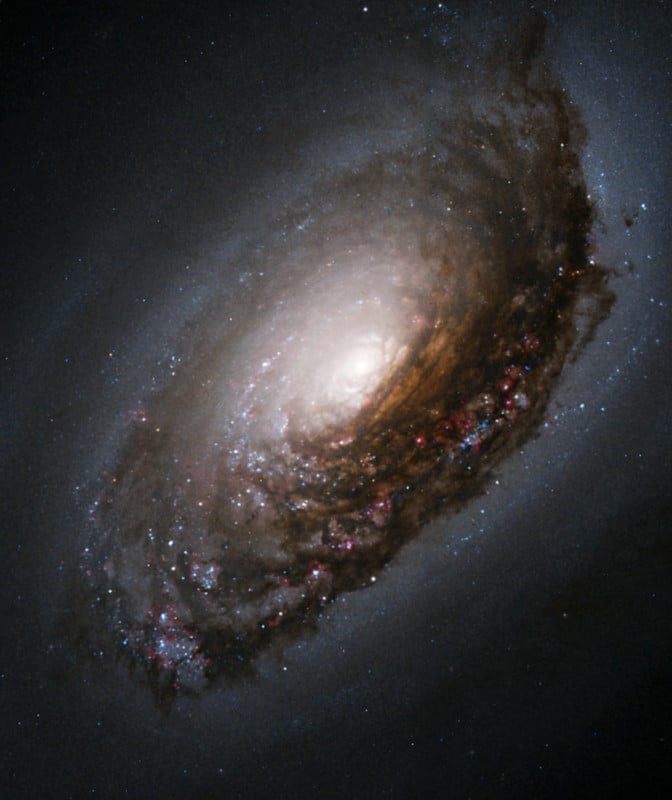 Messier 64, otherwise known as M64 or the Black Eye galaxy, resides about 17 million light-years away, but during the month of May it is actually observable with a moderately-sized telescope and can be photographed from Earth.

As NASA explains, M64 is easily identifiable thanks to a large band of dark dust that partially obscures its bright nucleus that is characterized by its “bizarre” internal motion.

The gas in the outer regions of the galaxy actually rotates in the opposite direction from the gas and stars located in its inner region, a strange behavior NASA attributes to a merging of M64 and a satellite galaxy that took place over a billion years ago.

“A collision of two galaxies has left a merged star system with an unusual appearance as well as bizarre internal motions. Messier 64 (M64) has a spectacular dark band of absorbing dust in front of the galaxy’s bright nucleus, giving rise to its nicknames of the “Black Eye” or “Evil Eye” galaxy,” NASA explains.

In order to penetrate the dust clouds swirling around the center of M64, Hubble observed it at infrared wavelengths. The resulting snapshot reveals the galaxy’s bright core and star-forming clouds that surround it.

“New stars are forming in the region where the oppositely rotating gases collide, are compressed, and then contract,” NASA says. “Particularly noticeable in this stunning Hubble image of the galaxy’s core are hot, blue stars that have just formed, along with pink clouds of glowing hydrogen gas that fluoresce when exposed to ultraviolet light from newly formed stars.”

While Hubble has provided some of the best views of M64, it was originally discovered by English astronomer Edward Pigott. Even though the galaxy is so far away and located in the constellation Coma Berenices, in the month of May the Earth is in the right location to get a good look at it from a “moderately sized” telescope.

A cosmic "black eye" shines from 17 million light-years away!

M64 (or the Black Eye galaxy) resides in the constellation Coma Berenices. Get your telescope handy, as this galaxy is best observed in the month of May!

Astrophotographers can track M64 in the night sky using Steallarium: 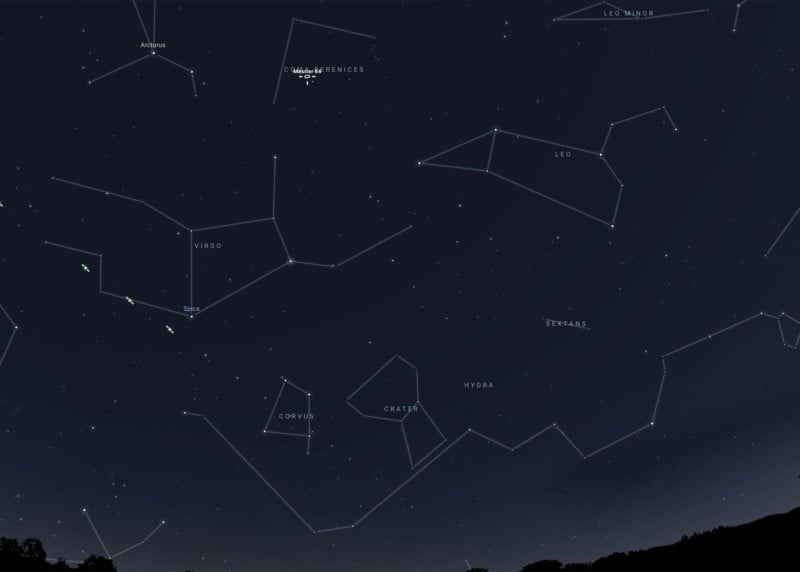 Spiral galaxies are known to produce stars in the “clouds” seen in these images. Messier is one of many spiral galaxies that Hubble has imaged over the years, and in the past few weeks, several of these types of galaxies have been featured by NASA.