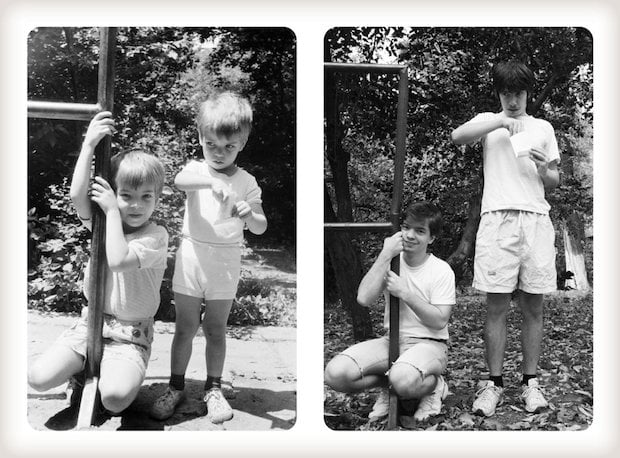 Romanian bothers Toma and Paul Alexandru were trying to think of a creative surprise for their mother Simona’s 55th birthday when it dawned on them that she might enjoy seeing her favorite photos of the pair… shall we say… updated.

So, 20 years later, they set out to all the old holiday locations to re-shoot all of their mom’s favorite photos again, leading to a surprise that was equal parts funny and touching.

The whole project took four weekends worth of free time this fall and two willing friends to make happen. Although some of the photos were taken in Bucharest where they live (luckily in the same apartment they did 20 years ago), they had to travel to get the shots at Sinaia, Peleş Castle and Buşteni.

One friend would hold an iPad with the old photo for reference while the other friend took the photo. Here’s what turned out: 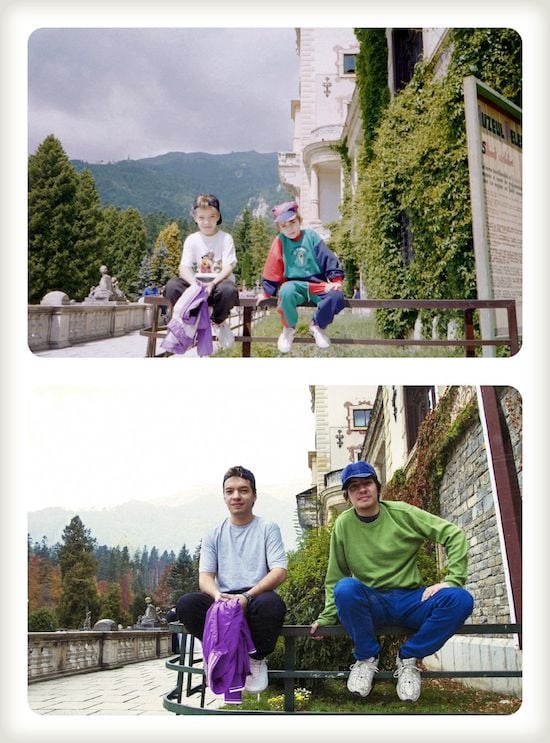 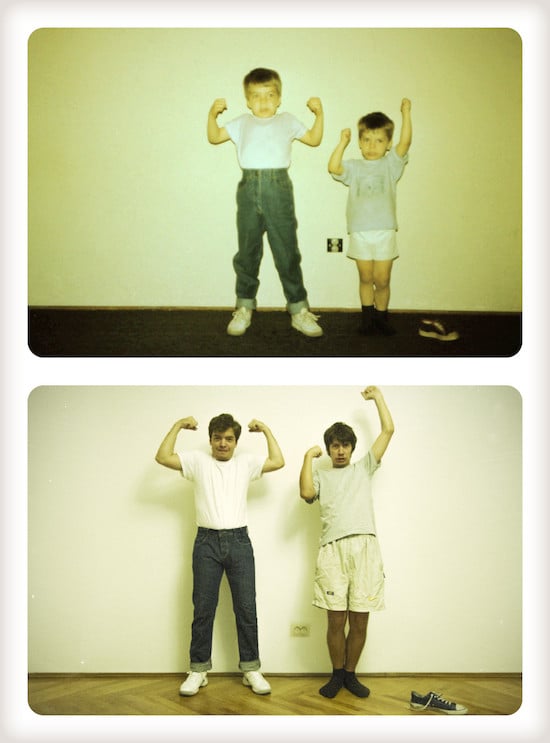 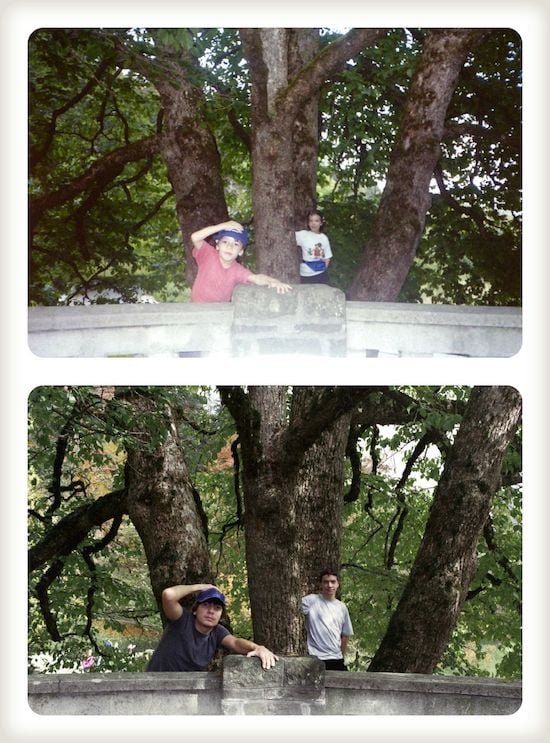 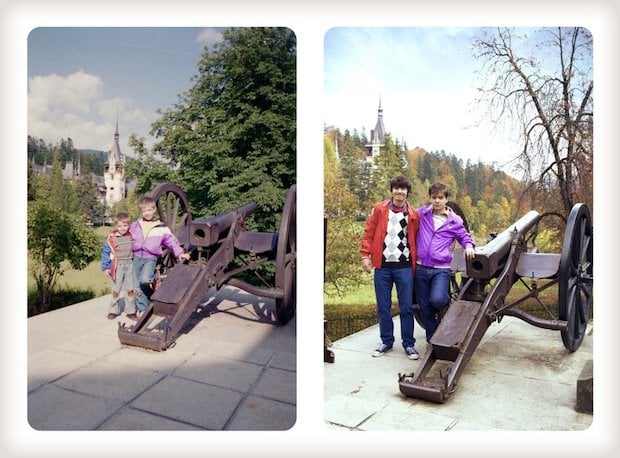 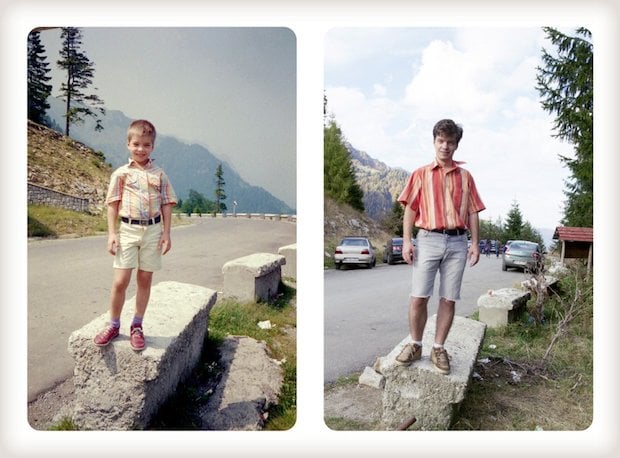 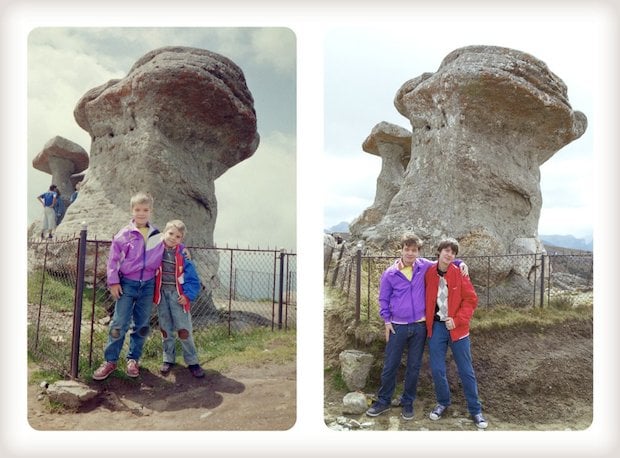 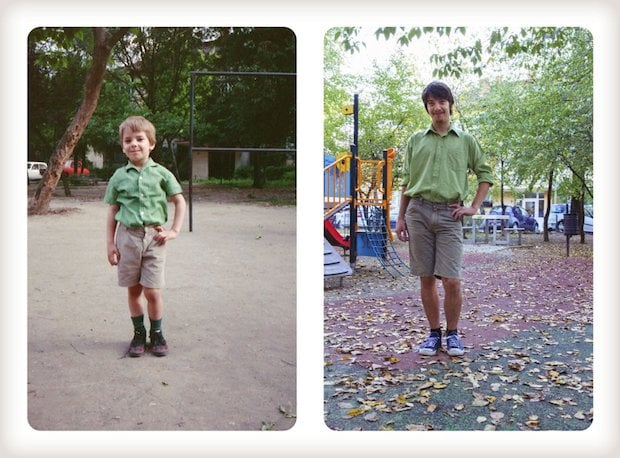 Toma is an art director at start-up Plumzi and stand up comedian, so it’s easy to see how the idea for a birthday gift that combined photography and humor came to him.

After they showed the series of shots to their mother the brothers decided to post it to Reddit, where it accrued some 2,200+ upvotes and over 150 comments… seems their mom wasn’t the only one that approved of this surprise.

Image credits: Photographs by Toma and Paul Alexandru and used with permission.