Here’s a two-minute time-lapse escape into the Rocky Mountains for those of you still stuck at the office today. Because last Friday, while us schmucks were working, Canadian photographer Richard Gottardo — whose work we’ve had the pleasure of featuring several times before — was chasing the aurora borealis through the Rockies.

All of the footage in the video above was shot on November 9th, according to the video’s description. It took Gottardo and Experience Aurora partner Andras Schram over seven hours of shooting across almost 250 miles of wilderness to capture the 1,500 photos it took to create the final product. 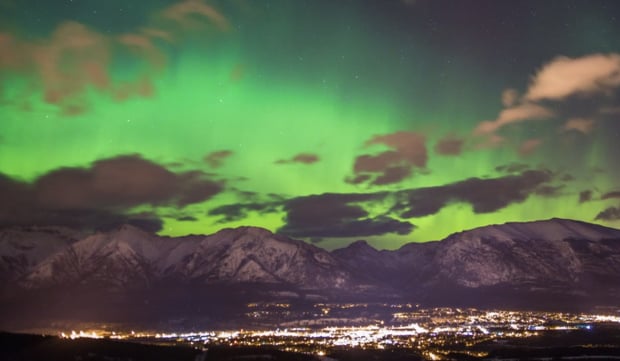 Gottardo’s aurora images from earlier this year were the result of a few months patiently spent in the mountains waiting for the stars to align… or more accurately, waiting for the proper astronomical conditions.

The display photographed above was due to a burst of solar wind and a southern pointing Interplanetary Magnetic Field (or southward Bz), which kept the so-called “polar spirits” dancing all night and into the morning, giving Gottardo ample opportunity to get magnificent shot after magnificent shot.

Finds
aurora, auroraborealis, canada, richardgottardo, rockies, rockymountains, timelapse
Related Articles
Discussion
Trending Articles
Photographer Captures the Many Colors of the Full Moon Over 10 Years
May 25, 2022
Photographer Teaches Posing to Prove Anyone Can Be Photogenic
21 hours ago
10 Best Free Online Photography Courses in 2022
May 25, 2022
The Kodak Ektar H35 Shoots Two Photos Per Frame of 35mm Film
May 26, 2022
Nikon Plans to Basically Abandon DSLRs by 2025
22 hours ago