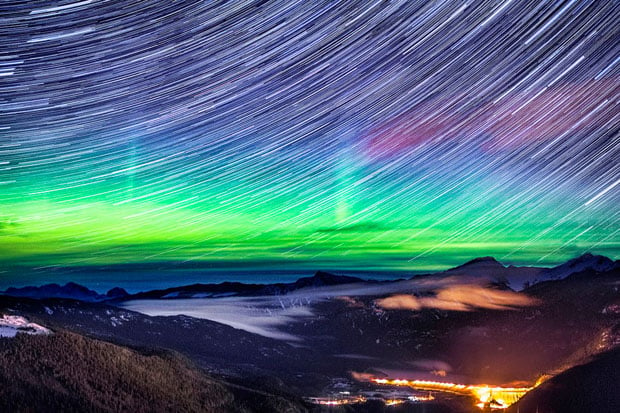 Photographer Richard Gottardo tells us that he spent a few months in the Rocky Mountains, trying to see and photograph the Northern Lights. A brilliant aurora display finally happened a week ago, and Gottardo’s mission was accomplished.

“Time after time they prove to be incredibly difficult to forecast,” Gottardo says of the Lights. But on April 13th and 14th, everything finally came together. A massive burst of solar wind (i.e. a coronal mass ejection, or CME) arrived over British Columbia.

Gottardo drive five hours away from his home to the mountains near Revelstoke, rented a snowmobile, took it to the top of a mountain for a better vantage point, pitched a tent, and spent the night.

Even though the coronal mass ejection was weaker than what he was expecting, it still produced a beautiful display of the Northern Lights that brought his hunt to an end. 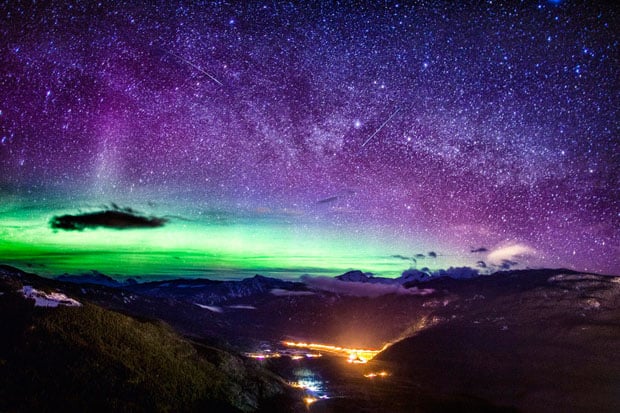 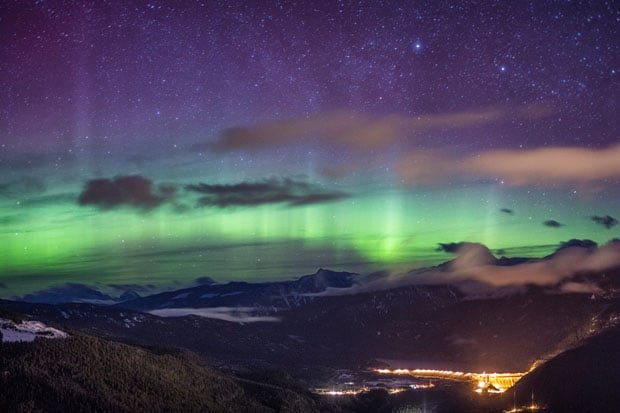 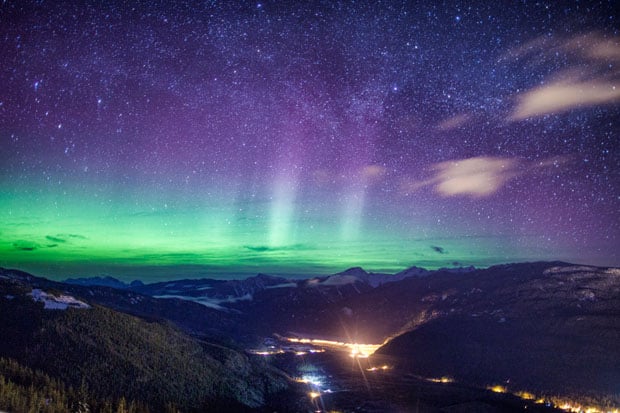 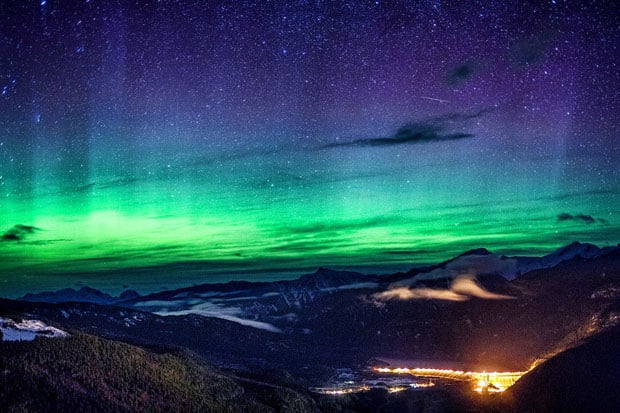 Oh, and Gottardo was shooting time-lapse images as well. Here’s the beautiful film that resulted (be sure to watch it in high-definition):

You can find more of the photographs Gottardo shot here and here.

Image credits: Photographs by Richard Gottardo and used with permission

Silhouettes in a Giant Moonrise, Captured Using a 1200mm Lens