Last week, photographer Richard Gottardo decided to trek into the Rocky Mountains (not his first time by any means) for a couple of days because, as he puts it, “conditions looked right for some good fog.” Two days in the mountains, 620 miles of driving and about 18 hours worth of shooting later, he returned with some gorgeous footage that he was kind enough to send our way.

You might recognize Gottardo’s name for a few reasons. He’s written a few guest posts for us in the past, and his work photographing the northern lights over the Rockies has gotten him two separate features here. This particular foray into the mountains, however, had nothing to do with the aurora borealis, and a lot more to do with capturing some gorgeous frozen, foggy landscapes.

All of the pictures and the time-lapse above were shot in Jasper National Park up in the Canadian Rockies. Gear wise, Gottardo confided that he used a Canon 5D Mark III, stabilized on a carbon finer Manfroto tripod, and attached to either a 100-400mm L lens at around 300-400mm (for the tight shots), a 45mm TS-E or a 24mm f/1.4 (for the wide shots).

Here are some of the pictures he captured while he was up there: 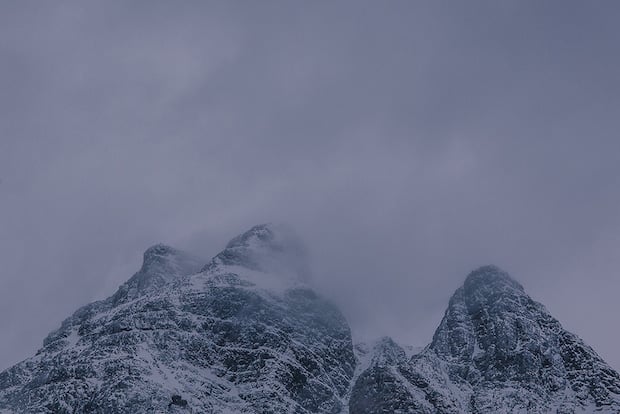 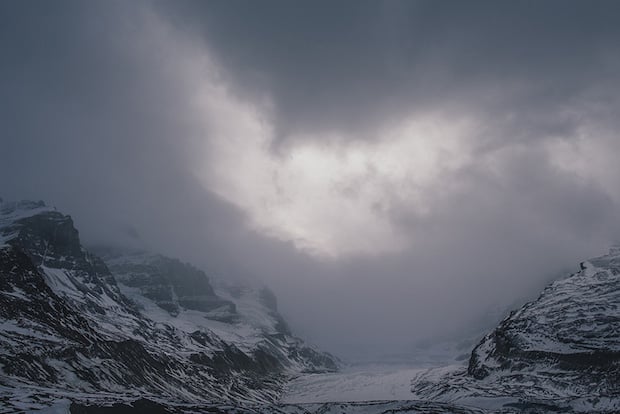 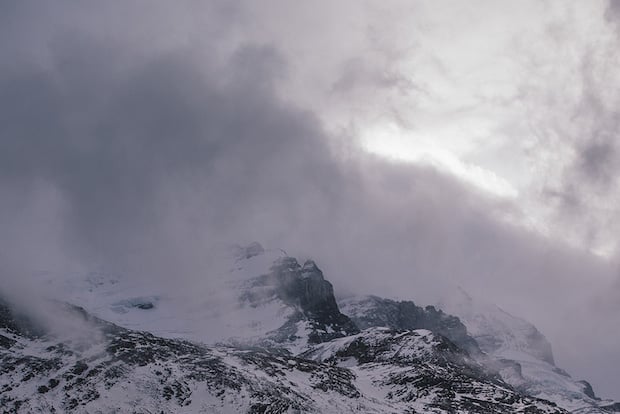 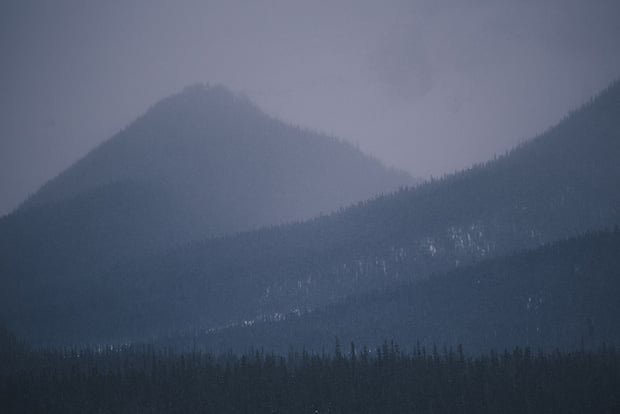 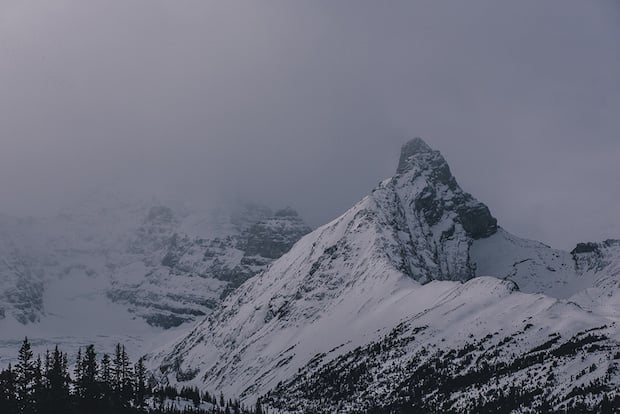 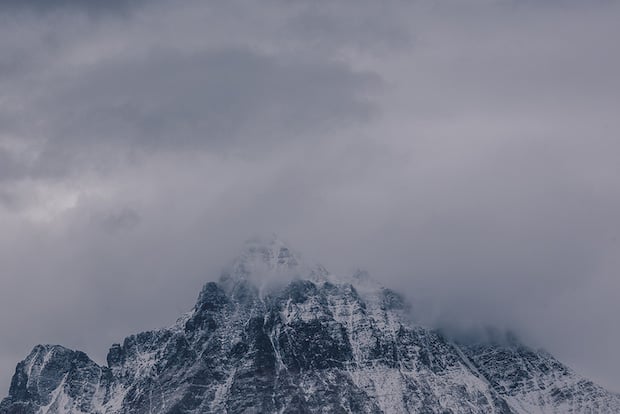 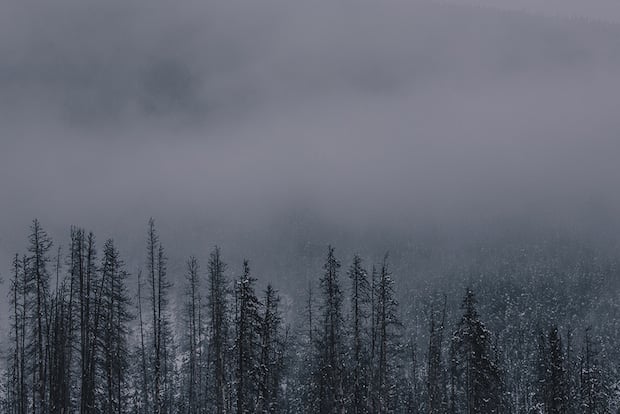 Of course, capturing these vistas wasn’t easy. When we asked Gottardo if he had encountered any challenges up in the Rockies this time around, he explained that the logging roads that he had to use up in the mountains have no winter maintenance.

“At one point I was driving up a 35-40 degree incline through about eight inches of fresh snow when I maxed out the traction on my tires and started to slide — luckily not very far!” writes Gottardo. “I parked the truck and walked the rest of the way after that.” We don’t blame him…

He also told us about another, slightly less life-threatening challenge he ran across, “I don’t know if it would be considered a challenge … but my MacBook is a bit outdated, so it ended up taking about 14 hours to export all 3,300 photos and another 10 hours to put the video together.”

Here are a few behind the scenes shots from his trip into the Rockies, featuring his dog Kane and his poor car that did its best to navigate those roads. The hill in the background of the final shot is actually the one he got stuck on: 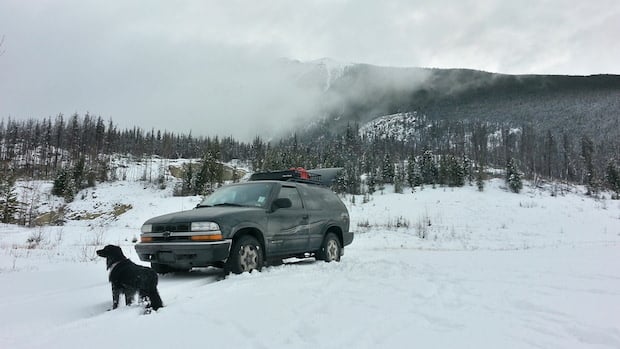 To see more from Gottardo, be sure to check out all of our previous coverage (there some really spectacular stuff there) and then head over to his website by clicking here.

Image credits: Photographs by Richard Gottardo and used with permission.

Canon Unveils the EOS M2 with Twice the Focusing Speed, May Not Come to the US