Photographer Ole C. Salomonsen loves shooting the northern lights or, as he calls them, the polar spirits. And for his most recent film he went all out by putting together time-lapse photography of the aurora above cities, in front of starry backgrounds and above gorgeous fjords with a couple of mind-blowing video captures thrown in for good measure.

The pictures and video were taken mostly in Norway, in and around the city of Tromsø — often referred to as “the northern lights city.” One sequence was shot in Finland, and another in Norway. But no matter where images were taken, both the time-lapse and video footage is quite breathtaking. 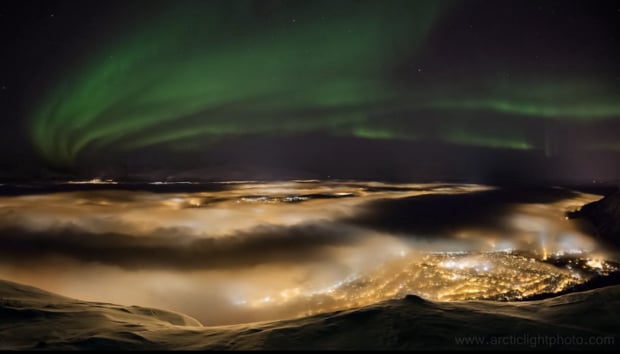 Pay particular attention around 3:10 when Salomonsen inserts some hand-held video footage. He did this for the first time now because, as he puts it:

[I wanted] to better show how furiously fast and beautiful the polar spirits can dance! The two sequences which are shot in real-time could never have been recreated using still photos, regardless what camera you are using.

But enough with words, check out the video at the top to see the polar spirits in action and drop us and Salomonsen a line if you like what you see. You can find more of his work on his Vimeo profile here, or by visiting his website here.