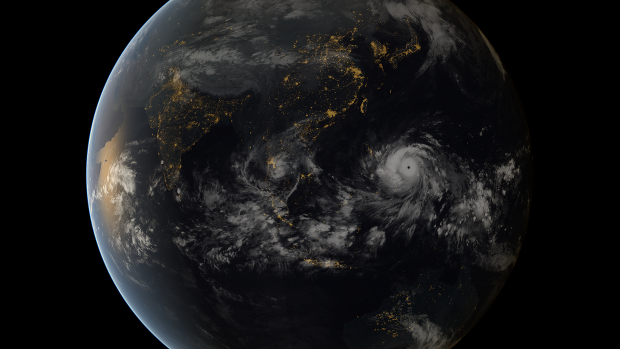 This unbelievable satellite photograph shows the sheer horrifying magnitude of Typhoon Haiyan, the terrible tropical cyclone that caused unimaginable damage to the Philippines yesterday (you can see the full resolution image here).

The image was taken on November 7th at 8am Eastern Standard Time by the Japan Meteorological Agency and EUMETSAT (the European Organisation for the Exploitation of Meteorological Satellites), and it really is difficult to fathom the magnitude of the storm it captured.

Typhoon Haiyan ripped through six Islands in the Philippines yesterday, making landfall with wind speeds in excess of 147 mph and gusts of up to 170 mph (some estimates are even higher: 195-mph winds and gusts up to 235 mph) making it comparable to a category 4 hurricane (5 is the highest).

According to the United Nations World Food Programme, two-and-a-half million people may now be in need of food aid, and the most recent estimates have the death toll exceeding 1,200. 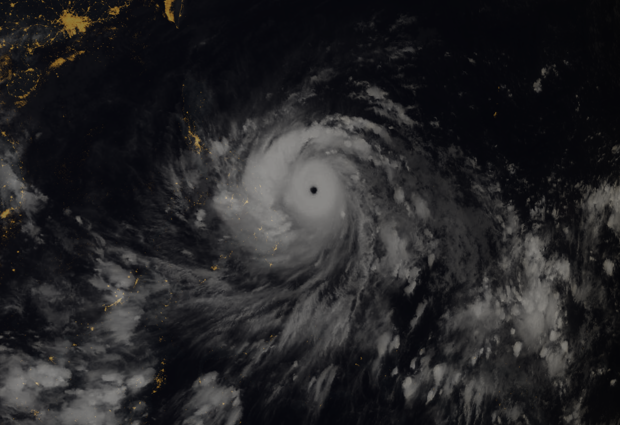 News outlets with correspondents in the area are describing the destruction as “widespread and catastrophic,” and so while we as a photography site take this opportunity to share an incredible photograph with you, the reason behind it is far more than photographic in nature.

If you find that you can help, please do. The super typhoon comes less than a month after a devastating earthquake hit parts of the Philippines, leaving many with only tents and makeshift shelters as protection when the storm hit. There are several ways you can help. According to the Weather Channel:

Donation mechanisms have already been put into place. ISF Philippines tweeted that by texting RED <10, 25, 50 or 100> to 4143, you can donate to the PRC. The British Red Cross also created an appeals page that has already started accepting contributions. To give to the PRC directly, visit the organization’s online portal.

So take a look at the jaw-dropping full-resolution image, try and wrap your mind around the magnitude of what you’re looking at, and then, if you are able, please head over to any of the previously linked charities and help in any way you can.