Photographer Fabian Oefner‘s work with paint — all part of his “Paint Action” or “Three” cycle of photo series — never ceases to impress. His previous Black Hole and Liquid Jewels series highlighted the effects of centrifugal force and air pressure on paint, respectively.

The final series in the cycle, Orchids, explores the effects of gravity — and, as always, it does so in the most colorful (and messy) way possible. What’s more, this time we have a chance to watch him work behind the scenes!

The video was put together by the folks over at The Creators Project, who were fortunate enough to be the ones debuting Orchids for the world.

In it, Oefner describes his trial and error (mostly error) creative process, and the phases each idea goes through before a photo series is ready to show to the world. This isn’t a quick and easy process: of thousands of images, only about a dozen will come out to his standards…

For Orchids, Oefner dropped a sphere into a tank filled with layers of paint, using sound to trigger the camera and flash rig and perfectly capture the “blossom” of paint as it spread outwards. Here’s what he has come up with so far: 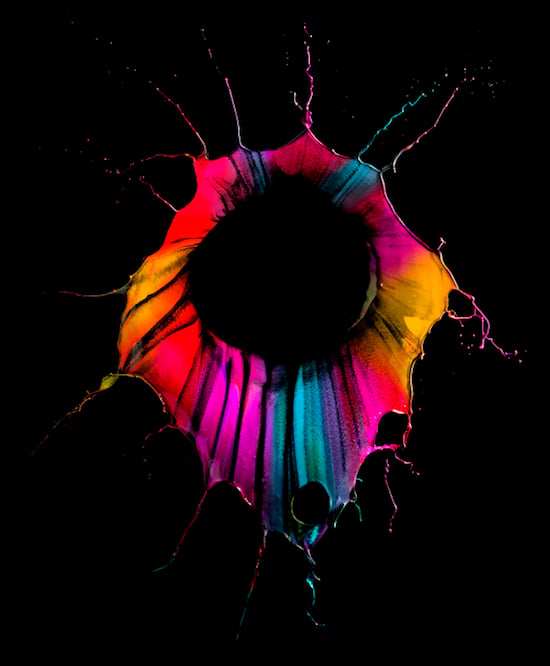 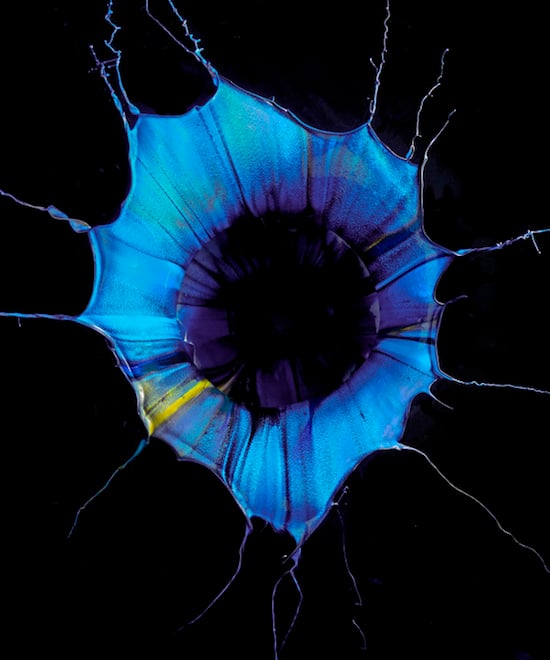 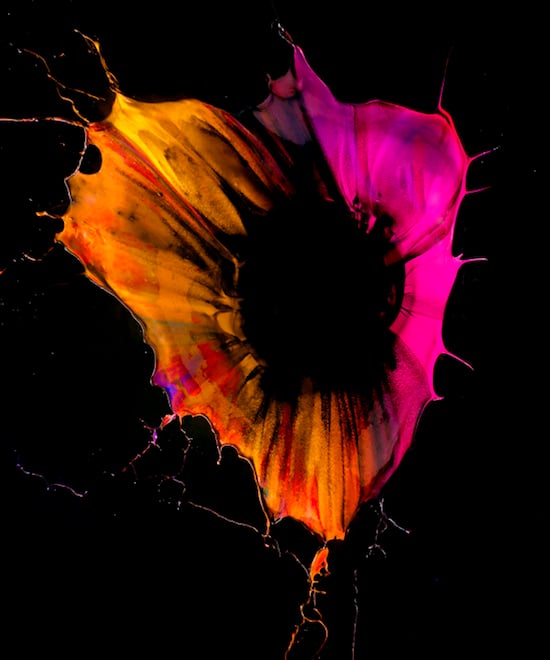 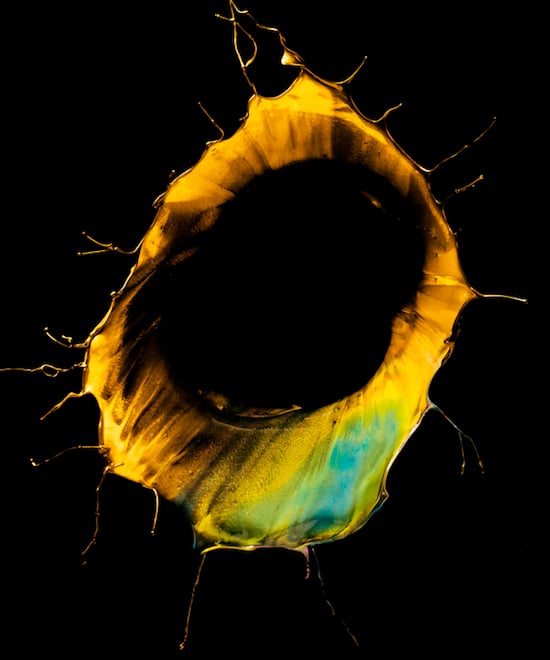 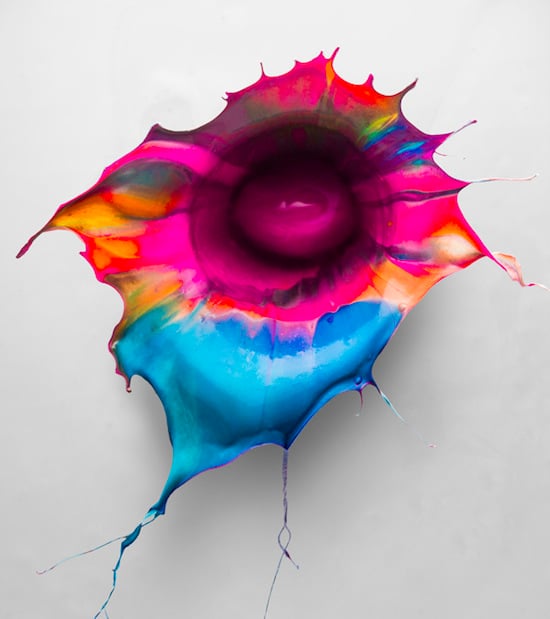 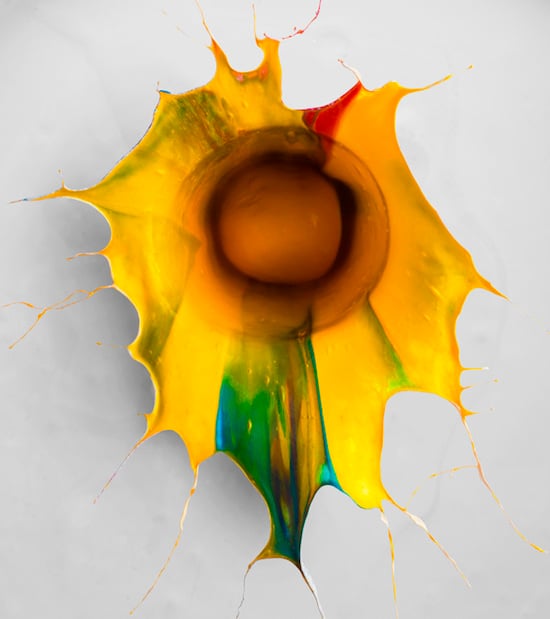 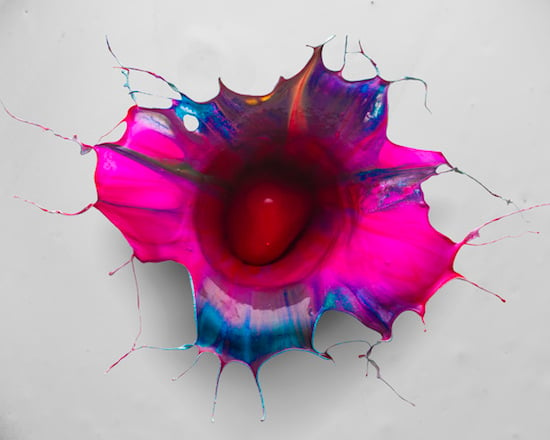 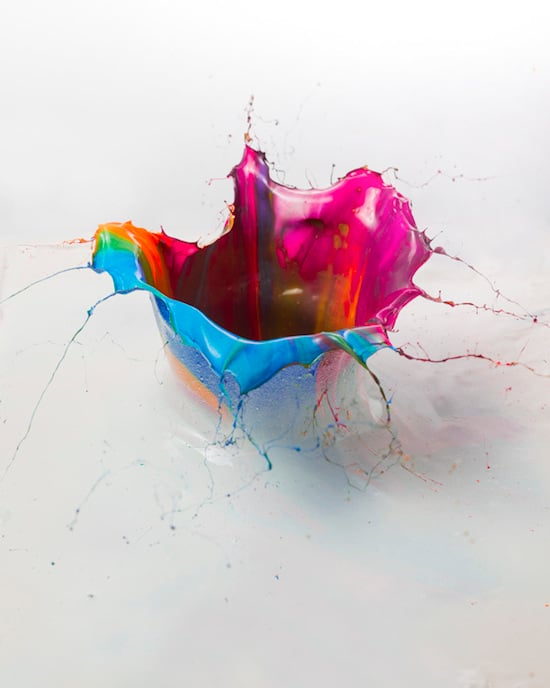 “Similar to the other two series in the cycle, ‘Orchid’ is about preserving ephemeral beauty,” explains Oefner on Behance. “These images capture structures of sublime elegance, which appear only for a fraction of a second before disappearing beneath the surface again.”

To see the artist at work, check out the video at the top. And if you like what you’re seeing, don’t forget to watch his TED talk and explore the other two series in the Paint Action cycle, Black Hole and Liquid Jewels, by clicking on the corresponding links.

Oh, and in case you were wondering, yes these projects do create a crazy mess. After the Liquid Jewels series in particular, laments Oefner, he had to repaint his studio entirely as the mess was “just horrible.”