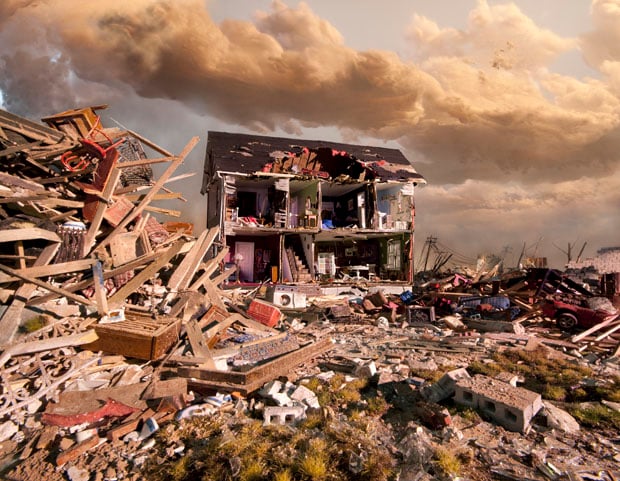 For the photo above, titled “Dead Little Things,” I wanted to create a scene out of strictly dollhouse supplies. Inspired by many of the weather events that have occurred in recent years: tornados in Joplin and Oklahoma City, Hurricane Sandy and even Katrina.

I was struck by the indelible photos of homes destroyed in various ways that almost make them look fake, a physical upending of one’s life as defined by materialistic possessions.

I chose to create a world of darker imagery that stands in stark contrast with the warm and inviting light that infuses the wreckage. I noticed that in the actual photographs of similar images my eye naturally scanned through the detritus to find poignant signs of humanity like the grail at the left foreground, the red stool at the top of the heap and the cinderblocks which show how deep the destruction went in some areas while other areas are eerily untouched (standing lamp in house). 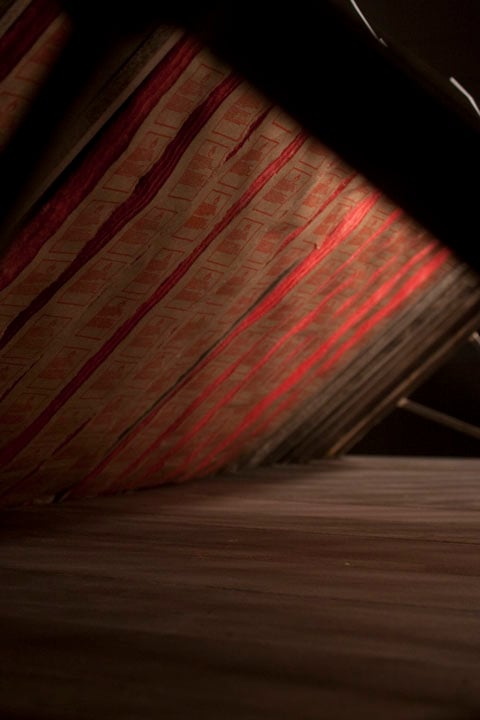 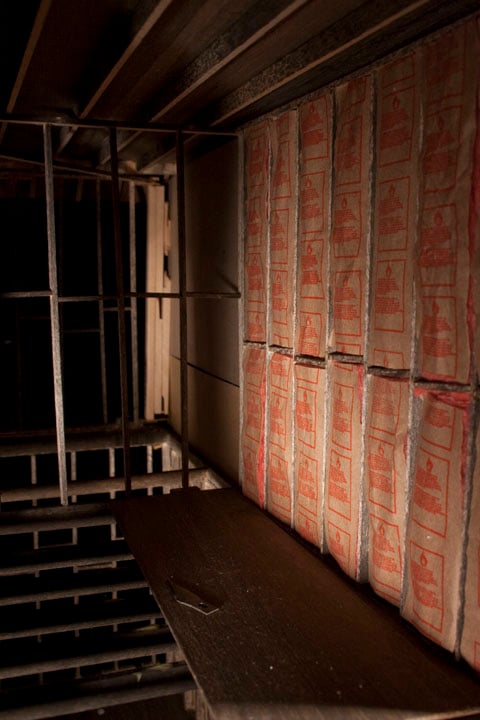 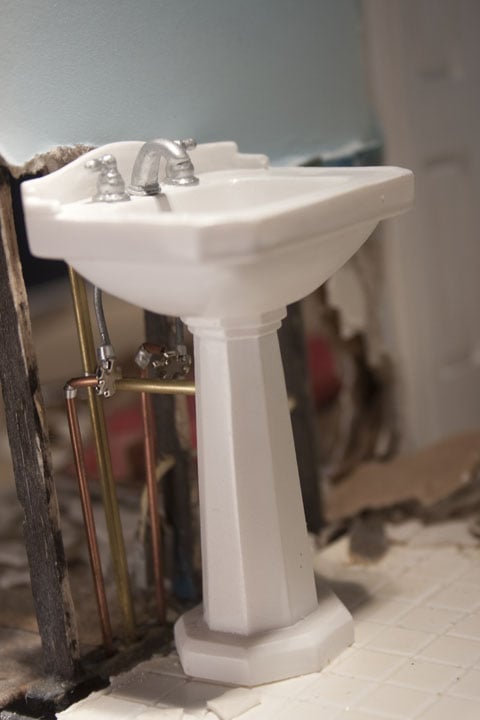 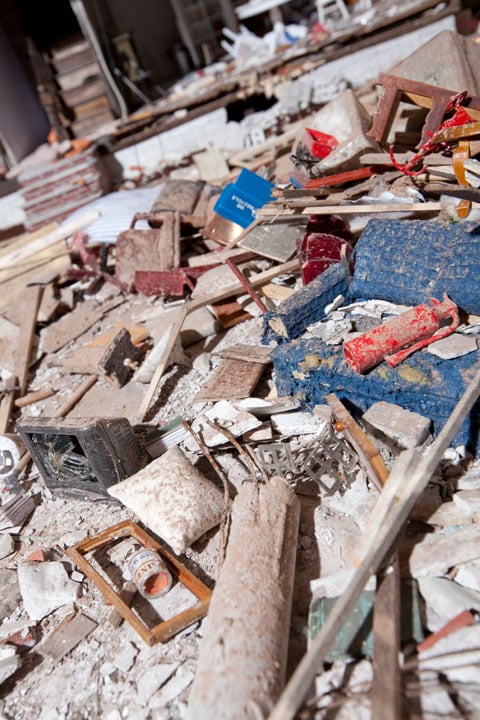 I constructed the house in layers in order to create a realistic feel when it was “deconstructed”. The diorama itself is very shallow (about 4 feet deep and six feet wide). The lighting was the tricky part. 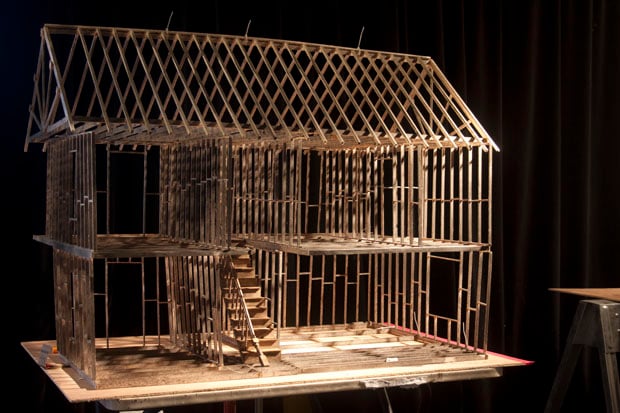 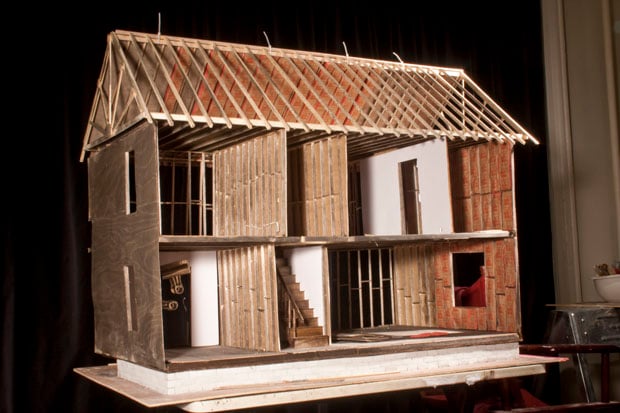 I wanted to create a very specific quality of light, late afternoon very warm beautiful and inviting. To do this, I used a video projector with colored gels and varying patterns of shadow and light areas. I then made several exposures or “passes” much like the old school film makers would capture the differing elements of their miniatures.

The sky was so large I had to build it at a separate location and then composite it in, the hardest part was shooting the two elements separately so that they line up perfectly. In total it took 7 months to create, three weeks of which was spent just getting the photography right. 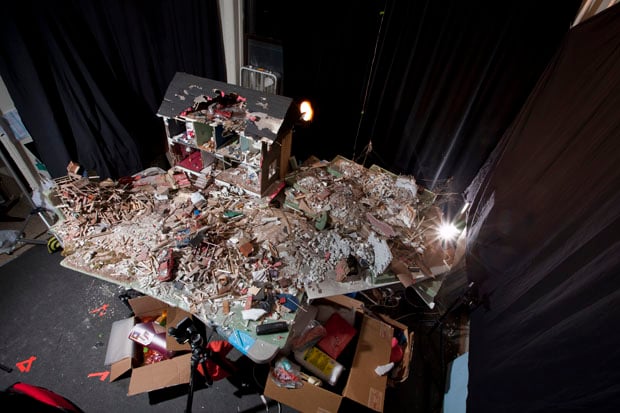