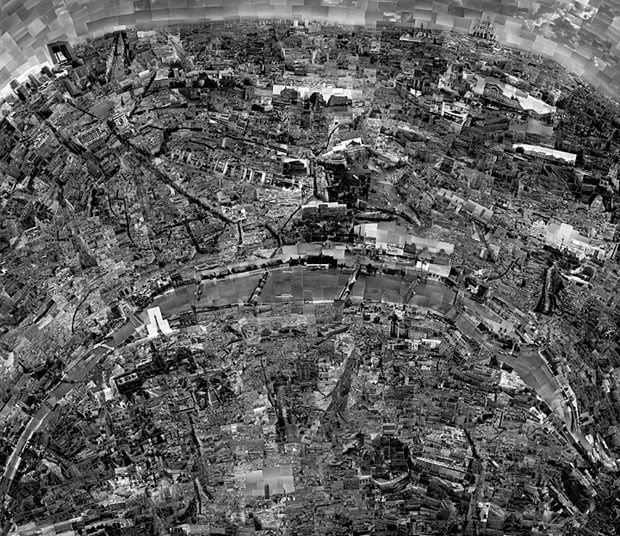 What you see above is a “map” of Paris created by collaging thousands of photographs shot in the city. It’s just one of the amazing pieces in Japanese photographer Sohei Nishino‘s Diorama Map project. The series contains maps of many of the world’s most famous cities, and all of them are photographed and collaged by hand.

To create each diorama map, Nishino visits a city and shoots thousands of photographs while walking around within them. His goal is to capture his personal memory of traveling around that city, and this stage often takes weeks — or even months.

Using a sketch of the city’s layout on a giant white canvas, he spends months cutting photographs and gluing them onto the map in the locations they belong. The maps are not meant to be accurate recreations of exactly what a city looks like from above, but are instead more representative of his personal memory and experiences.

The process is tedious, but Nishino still manages to produce them at a rate of about three per year.

Here are some of the diorama maps he has created so far:

Here are a couple of time-lapse videos showing Nishino creating one of his diorama maps:

You can see more diorama maps and more of Nishino’s work over on his website.

Image credits: Photographs by Sohei Nishino and used with permission