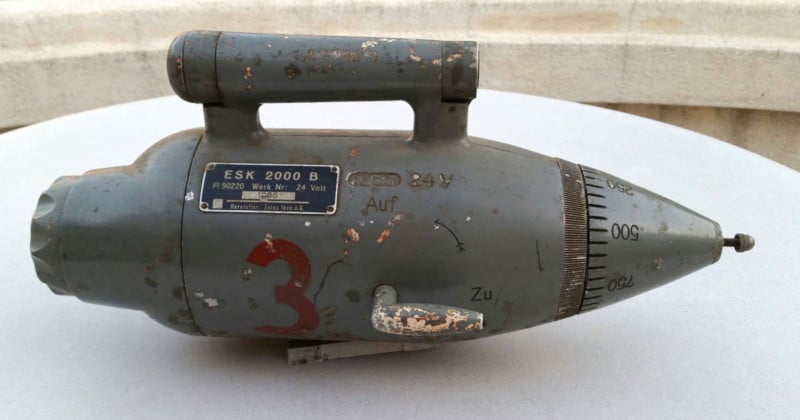 Want an unusual camera that you can pretty much guarantee that no one around you has? A rare World War II German “gun camera” has popped up over on eBay. It’s a Zeiss Ikon camera that was mounted to fighter planes to shoot dogfights.

The Zeiss Ikon German Luftwaffe military gun camera has a model name of ESK 2000 B. It’s a beast of a device that looks more like a bomb or torpedo than a camera, measuring 18.5 inches long and weighing about 15 pounds.

DeutscheLUFTWAFFE.de writes that the cameras were often installed in the nose of German Messerschmitt fighter planes alongside machine guns. 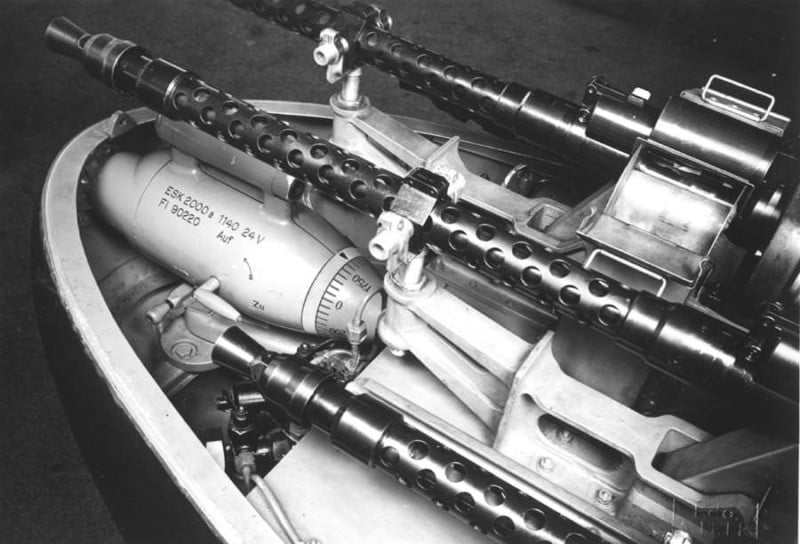 The camera could be triggered by the machine guns firing, which gave pilots a way to confirm kills in the air after returning from a dogfight. The resulting footage would be something like this 1944 film discovered by The Phoblographer:

Sometimes the cameras were also mounted onto the wing of planes closer to the cockpit. 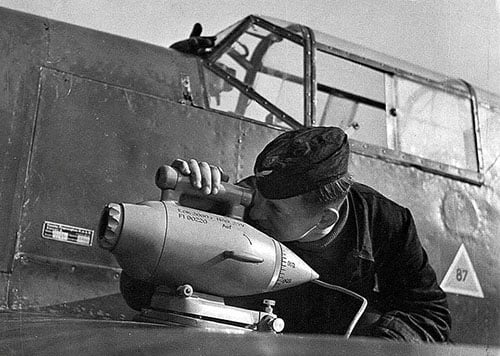 The camera used 16mm motion picture film and could capture up to 2,000 still frames before needing to be reloaded. Built into the camera is a sight tube with a crosshair reticle. 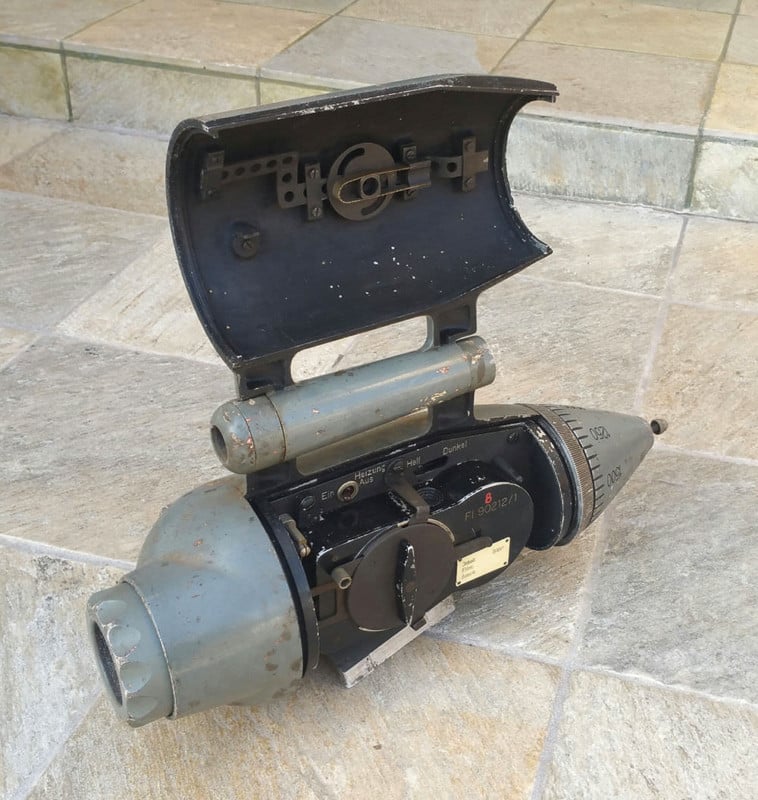 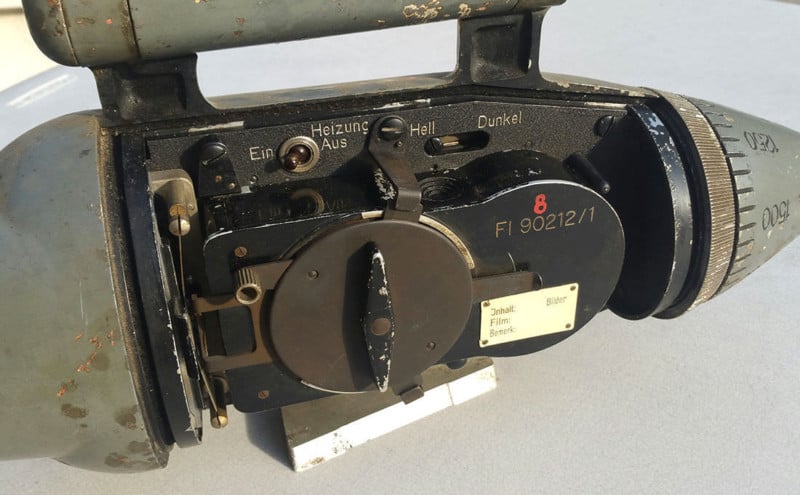 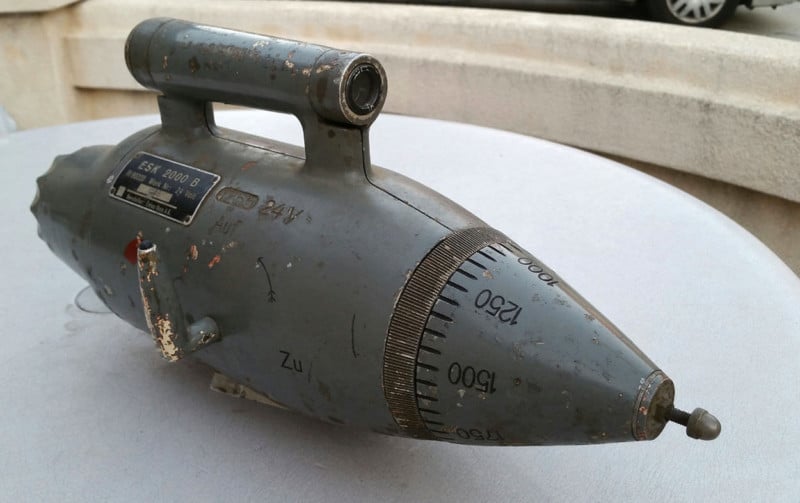 “Not sure if it is functional or not,” eBay seller adtpcs writes. “Optics look like they need cleaning. Finish is decent. Comes with 3 lens covers. These do not come up for sale too often in any shape.” 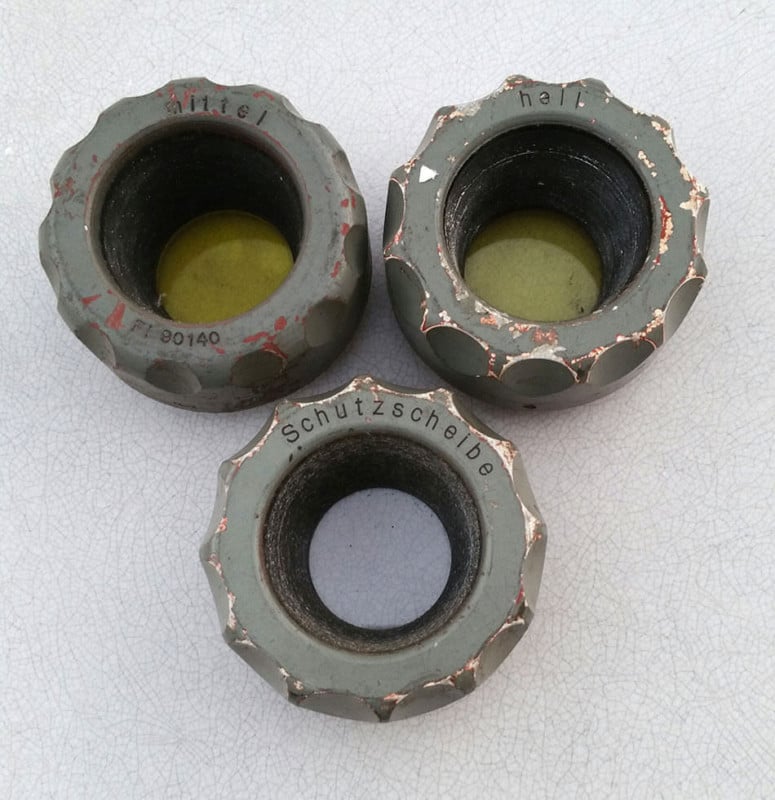 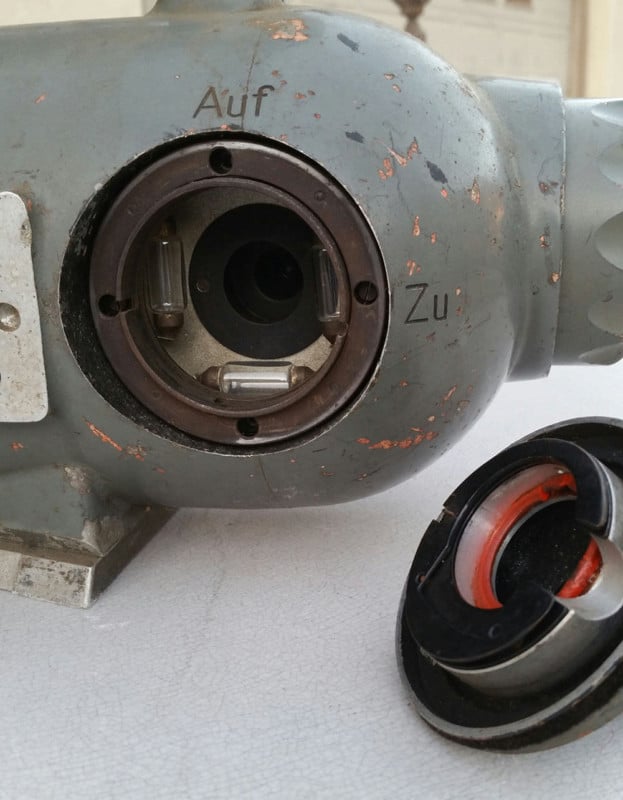 The camera currently has a Buy It Now price for $7,000, but interested parties are also welcome to submit an offer through the listing page.

These Guns Are Made of Camera Gear

How to Shoot Epic Wide-Angle Photos of Trees