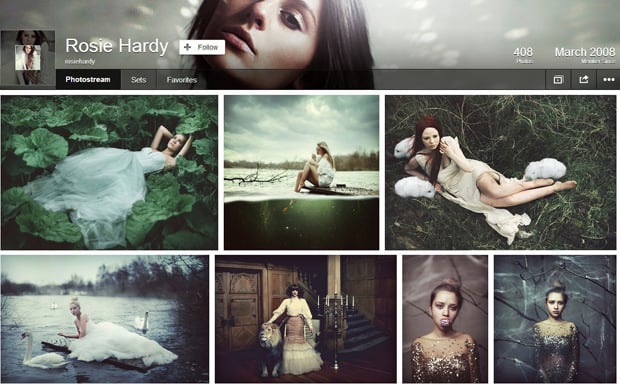 You can worry all you want about photos being stolen via Flickr, but maybe someone will like your photo enough to buy it… and put it on the cover of a platinum-selling rock album… and boost you overnight from the fuzzy border of hobbyist/professional to a high-profile career as a portrait and fashion photographer.

At least that’s how it worked for Rosie Hardy, a young English photographer who started to learn how to use a camera when she was 15 so that she could come up with a decent shot for her Myspace profile.

Lo and behold, she discovered she enjoyed the process, started getting more serious, began experimenting with equipment, lighting and poses and started sharing some striking environmental portraits on Flickr.

Photography remained a hobby for Hardy, however, until 2010. At the time, megaband Maroon 5 had finished recording its album, “Hands All Over,” and needed an image for the cover.

A Flickr search on the title turned up Hardy’s enigmatic image of a female torso (hers) with multiple hands wrapped around it. The band’s management contacted the then 19-year-old Hardy, who did an easy re-shoot incorporating the band’s suggestions and soon had her image on display all over the world. 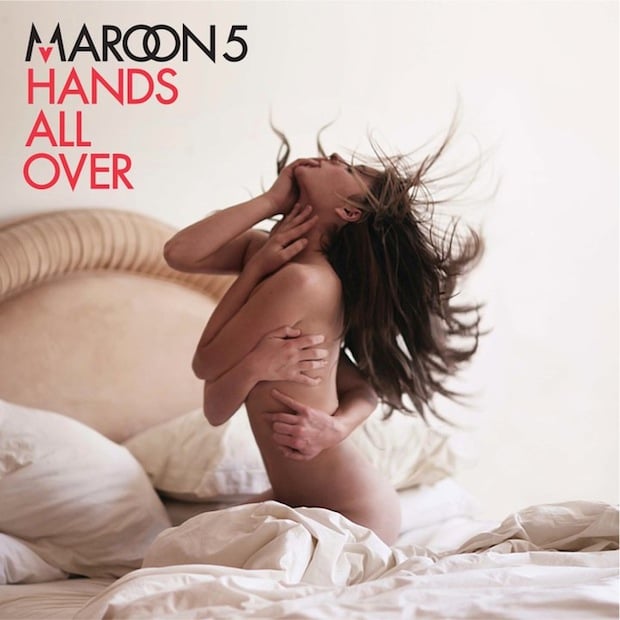 Before long, she was getting hired for major gigs, including a fashion shoot for Elle and high-concept promo shots of  “The X Factor” performers.

Prank: Man Asks People to Take a Photo of Him, Has Zombie Walk Across the Screen