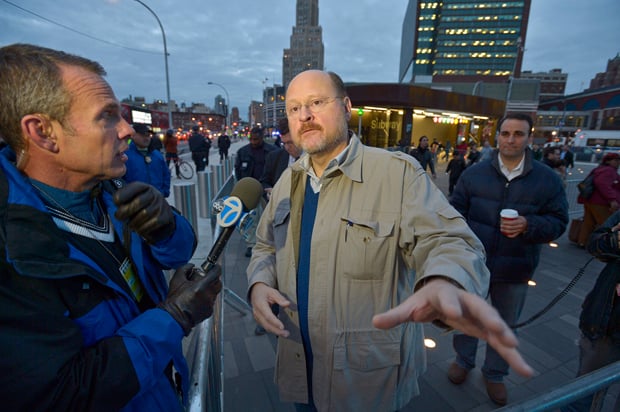 Turns out nine of the images used in a recent Lhota campaign ad — an ad meant to illustrate what a mess the Big Apple used to be — were taken without permission from Flickr users, several of whom are not too happy about it.

The 30-second spot, entitled “Can’t Go Back,” used images of riots, graffiti and other 1990s squalor to suggest the urban chaos the city could revert to if citizens elect rival Bill de Blasio. Campaign spokeswoman Jessica Proud told Newsday that the images came from Flickr, and the ad’s creators believed they were labeled as “royalty-free.”

When that presumption was corrected, the campaign started scrambling to get retroactive permission from the photographers. 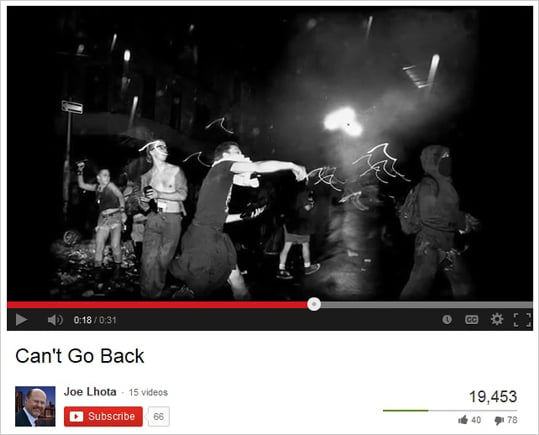 Q. Sakamaki, however, said the Lhota campaign had not yet contacted him about his images of rioters and a corpse on a sidewalk, and he wasn’t happy about it. “I’m very upset that somebody would use it for a political campaign,” he told Newsday.

Even stickier may be a riot image taken by Eli Reed, now a photography professor at the University of Texas. Reed said he wouldn’t allow his work to be used in such an ad, and the work is represented by Magnum Photos.

The Lhota spot also includes a segment of helmet-cam video from a recent biker mêlée in the city. A lawyer for Kevin Bresloff said he was preparing a cease-and-desist letter to protest the campaign’s unauthorized use of the clip, but Lhota’s people seemed confident in their fair-use argument.

Image credits: MTA Chairman and CEO Joe Lhota on the Scene by MTAPhotos