We’ve shown off some interesting videos/photo series in the past that highlight different fictional skylines. For instance, you can see what it would look like if each of our solar system’s planets replaced the Moon, or if the Earth had rings like Saturn.

The video above shows another interesting scenario: this is what the sky would look like if the Moon was at the same distance from the Earth as the ISS.

First, some facts. The Moon normally orbits almost 239,000 miles away from the Earth. The ISS, on the other hand, orbits in what’s called low Earth orbit at about 230 miles up. As you might imagine, bringing the Moon that much closer to the Earth would have several interesting ramifications. 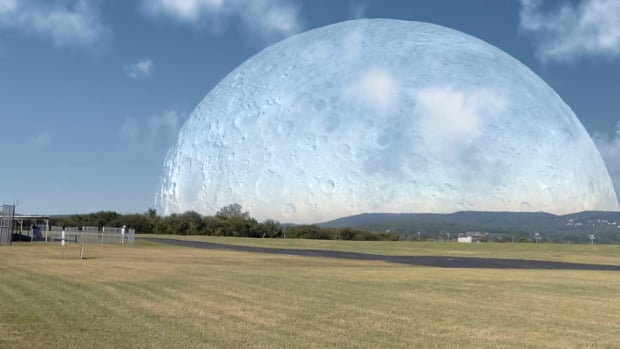 From a purely visual perspective, the Moon, which usually rises in the east and sets in the west, would now be orbiting much faster than the Earth rotates, and so would rise in the west and set in the east. Also, assuming it orbits as fast as the ISS, it would take it only about 90 minutes to make its way around.

Unfortunately, this wouldn’t be possible. As much as we hate to poke holes in the ending of Despicable Me, there is no way that the Moon could continue being, well, the Moon at this distance. Within what’s called the Roche limit, the Moon would simply break apart, forming a new ring system and possibly destroying the Earth in the process…

Beautiful Satellite Photographs of the Earth, Courtesy of the ESA