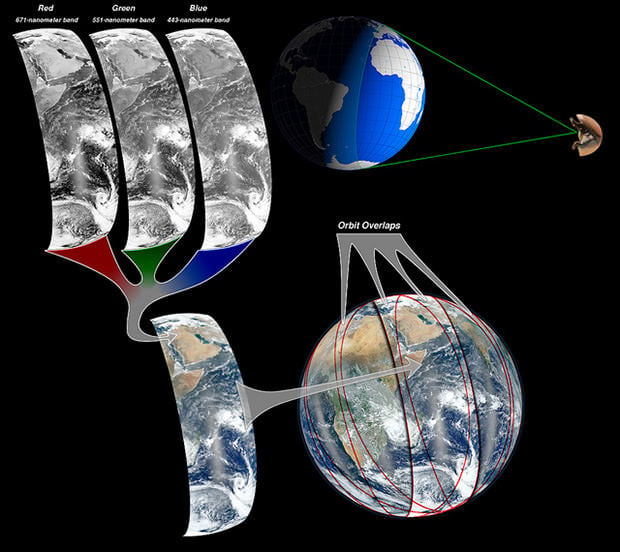 After NASA published its latest jaw-dropping “Blue Marble” photograph of Earth last month, many of you wondered how “real” the image was. Here’s NASA’s explanation on how their images are created:

The Suomi NPP satellite is in a polar orbit around Earth at an altitude of 512 miles (about 824 kilometers), but the perspective of the new Eastern hemisphere ‘Blue Marble’ is from 7,918 miles (about 12,743 kilometers). NASA scientist Norman Kuring managed to ‘step back’ from Earth to get the big picture by combining data from six different orbits of the Suomi NPP satellite. Or putting it a different way, the satellite flew above this area of Earth six times over an eight hour time period. Norman took those six sets of data and combined them into one image.

They go on to say how you can get an idea of the satellite’s perspective of Earth by using a basketball:

So to get the same view of Earth as the VIIRS instrument aboard the Suomi NPP satellite, hold the basketball five-eighth of an inch (about one-and-a-half centimeters) away from your face.

The actual swath width of the Earth’s surface covered by each pass of VIIRS as the satellite orbits the Earth is about 1,865 miles (about 3,001 kilometers). On the basketball that’s about two and one-third inches (about six centimeters). 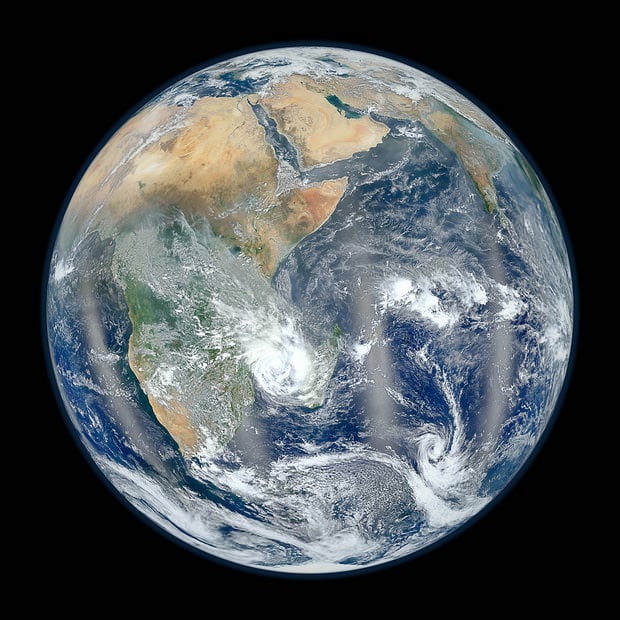 Over its lifetime the International Space Station’s altitude has been between 205 miles (about 330 kilometers) and 255 miles (410 kilometers) above the Earth’s surface. That brings your ‘basketball Earth’ closer to your face at about five-sixteenth of an inch (about point-eight centimeters) away.

The original ‘Blue Marble’ image is a photograph taken by the Apollo 17 astronauts as they traveled toward the moon. It was taken at a distance of about 28,000 miles (45,062 kilometers). That puts your ‘basketball Earth’ at over 30 inches (76 centimeters) away from your face, or roughly an arm’s length away.

The moon is about 238,857 miles (384,403 kilometers) away from the Earth’s surface. That puts your ‘Earth basketball’ about 25 feet (about 7.6 meters) away, which is roughly the distance a three-point line on a basketball court is from the basket.

Here’s the original “Blue Marble” photo captured in 1972, which was captured as a single exposure and is one of the most widely distributed photos in the history of mankind: 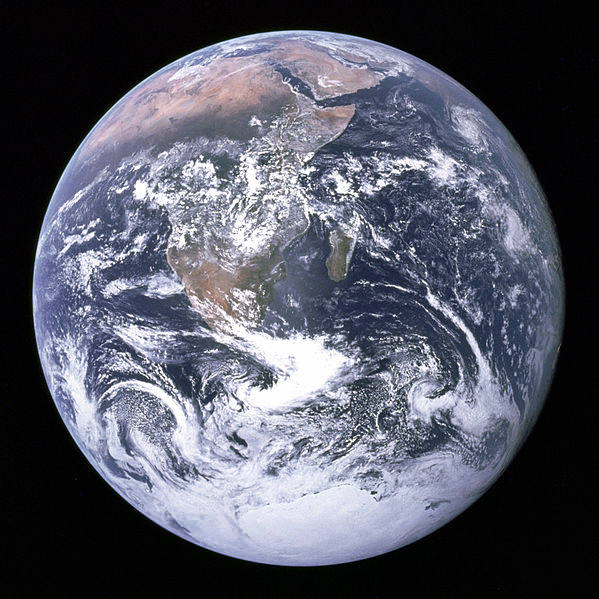 Turn a Polaroid Picture into a DIY Scratch-Off Card