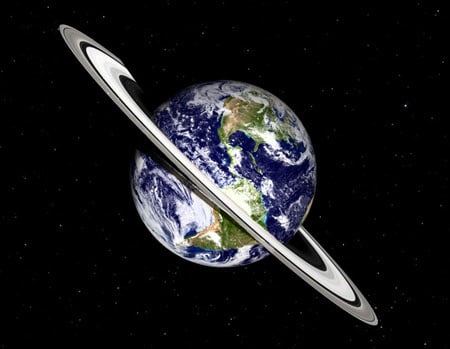 Last month we shared some photo illustrations by science artist Ron Miller that showed what the night sky would look like if other planets in our solar system replaced the moon. Now Miller is back again with an equally interesting concept: what would landscape photos look like if Earth had a ring like Saturn’s?

It’s nice having a moon, but “for spectacular skies it might almost be worth trading in our moon for a ring like Saturn’s,” Miller says.

His illustrations show a ring that is in the same proportion to our planet as Saturn’s are to it. They show the different views people on the ground would see depending on where they live.

From the equator, the rings would pass directly overhead and show up as a thin, bright line in the sky, “arching from horizon to horizon.” Here’s what a photograph of Quito, Ecuador would look like at night: 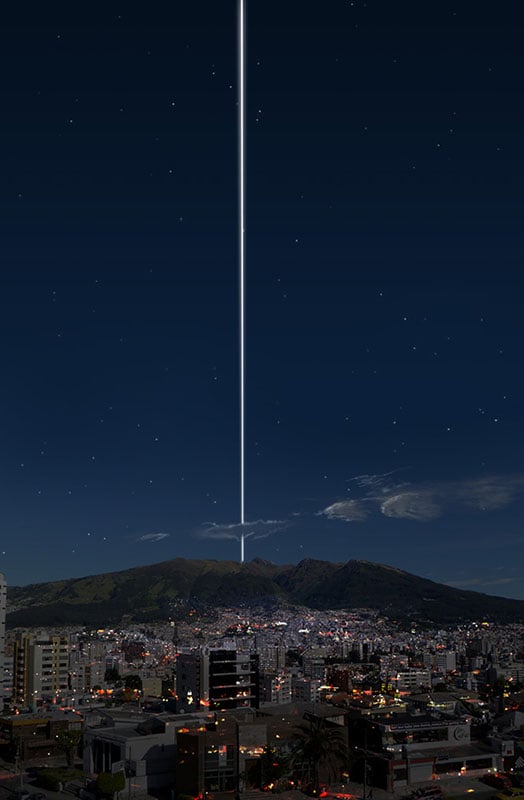 From Guatemala, the rings become much more visible in the sky. The moon may be brighter in the sky due to additional light being reflected onto it from the Earth: 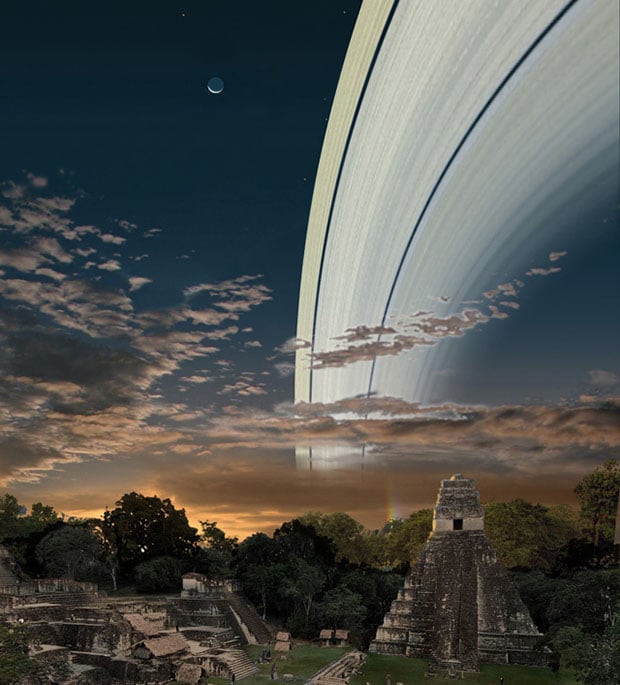 In Polynesia, the Earth would cast a shadow on the ring, causing a dark gap in the middle. Each night this gap would sweep across the ring:

From Washington, DC, the rings would “dominate” the sky both during the day and at night: 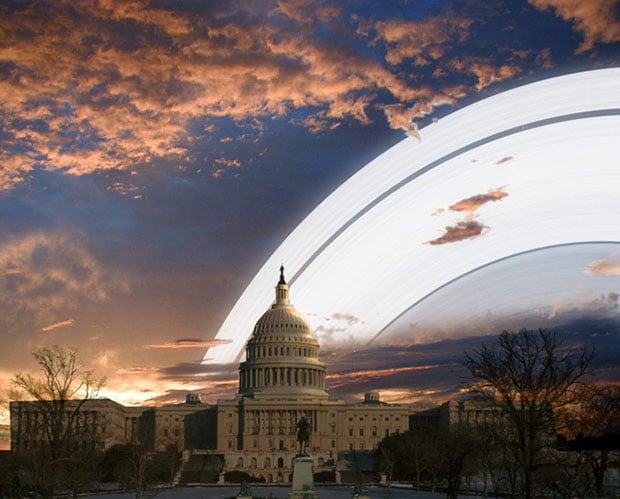 At the Arctic Circle, you’d only be able to see the very edges of the rings: 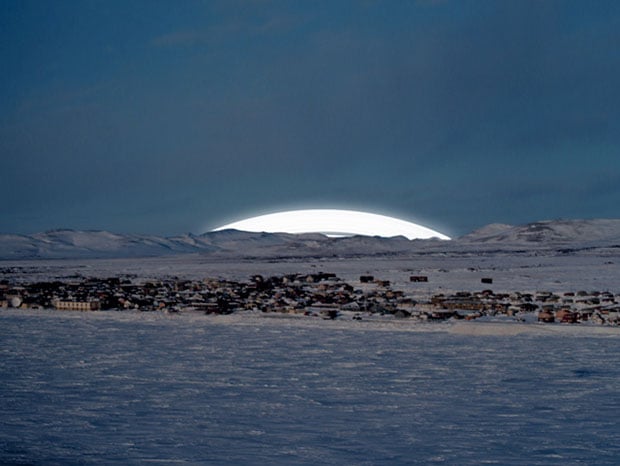 If you feel like you’ve seen the title of this article before, you’re not mistaken: we shared a similar post back in 2012 in the form of a video. Be sure to check that post out too if you found these concept illustrations interesting.

Thanks for sending in the tip Leonardo!

Image credits: Illustrations by Ron Miller and used with permission

300-Megapixel Photographs Shot With Single Presses of the Shutter

The Nikon D3s Can Survive Getting Wet, Muddy, Frozen, Dropped, and Burned