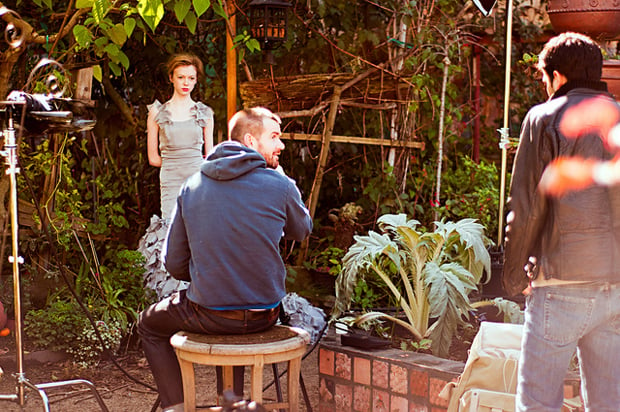 A British TV producer is working on a reality television show for photographers, in which up-and-coming artists will compete to become the country’s next big fashion (though they prefer the term ‘style’) shooter.

The show — which currently goes by the working title “Back to Front” — is being produced by Back to Front TV, sponsored by the Royal Photographic Society and hosted by a to-be-named top photographer for Vogue.

It will consist of a nine-part series in which the 11 contestants are given a new photographic challenge each week, with the results judged by a panel of three professional photographers. The pack will be winnowed down to three for the final episode, from which a winner will be chosen to get an image published on the cover of a major fashion mag and be given a gallery exhibition of their work. Details on how photographers can apply to be on the show will be released in a few weeks, but producers say they’ll consider shooters at all levels.

“We would like to make this accessible to everyone in Britain, whether they [take photos with] an iPhone or a Phase One medium-format camera,” show creator Haider Mannan told Amateur Photographer.

Short-listed applicants will be required to attend a “workshop,” however, to show what they can do with a medium-format camera and studio lighting.