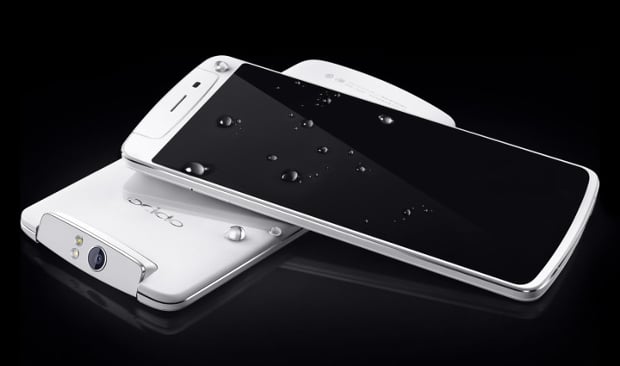 Back in July, Chinese electronics company OPPO confirmed that it was working on an “N-Lens” line of camera-centric devices that would be the “most important flagship series for OPPO going forward.”

Well, the first of these devices has officially arrived, and although it is still more of a smartphone with a camera than a camera that can make calls, the phone packs some interesting features, including (according to OPPO) the world’s first rotating smartphone camera.

Although other specs such as processor speed and an O-Touch back panel that allows you to snap photos and scroll without touching your screen are all mentioned in the promotional materials, the primary focus of the N1 is indeed the camera.

Here’s a closer look at it: 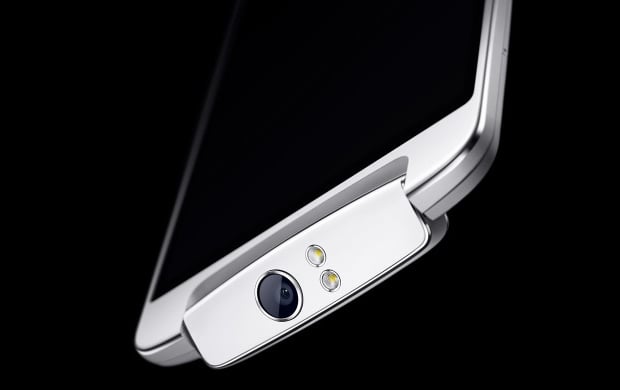 The swivel camera packs 13-megapixels of resolution (no word on sensor size) that will capture the world through a 6-element lens with an f/2.0 aperture. In low light, that sensor will be helped out by a dual LED flash that is “brightness tunable” for ideal lighting, and when it comes time to view your pics, you’ll be doing it on an “immersive” 5.9-inch Full HD display.

The pièce de résistance, however, is the fact that this camera isn’t stationary — it can rotate 206-degrees. Because of this, the phone essentially offers a 13-megapixel front and back camera, and in case you’re worried about durability, OPPO promises that the swivel has passed a 100,000 rotation test… that’s about five and a half years of use if you’re rotating it 50 times per day.

When you pair that new rotating cam with some interesting features like the ability to take up to 8-second exposures, a start time of just 0.6-seconds and a feature that automatically turns the camera app on when the camera is rotated 120-degrees or more, and you have an interesting new player in the smartphone camera market.

Here are a couple of promotional videos OPPO has released to show off the N1:

The new phone will be available in China starting in December, and should cost somewhere in the vicinity of 570 USD (presumably for the 16GB version) according to Engadget. Both the 16GB and 32GB versions will come with an included O-Click Bluetooth pebble that can be used to trigger the camera, among other things.

When Being a Good Photographer Isn’t Enough