While film is appreciated by a growing number of people, how it actually works may be a mystery to most of them. This in-depth video explains the process of film photography and gives an easily digestible breakdown for anyone interested in the medium.

Alabama-based engineer Destin Sandlin from the SmarterEveryDay channel, who regularly shares educational videos covering various aspects of science, is also an avid film photographer. Unable to find a video online that explained how film actually works, he decided to make his own in collaboration with Indie Film Lab.

Especially for those who have never experienced film photography before the age of digital cameras, analog photography brings a sense of wonder and also gives a reason to slow down and find purpose in every shot that is taken. Destin attributes this “special feeling” that photographers get when they are more mindful during the photo-taking stage to the resurgent popularity that 35mm film has recently undergone.

The “magic” doesn’t stop there, either. Destin explains that the film photographs themselves hold a sense of nostalgia and carry both visual and emotional attraction, which adds to the enjoyment of looking back at the captured moments, even if the photographs were taken just 12 months prior.

I tried to find a definitive video on the internet that explained how film works. I couldn’t find that video…. so I decided to make it. I called Indie Film Lab and they were all about it. This video had to exist.

For Destin to explain the science behind film development, however, he has to first dive deeper into the inner workings of what constitutes film, how the camera processes it, and how all the chemicals interact throughout the whole process.

Before heading to Indie Film Lab to experience and learn more about professional film development, Destin inspects his own negative up-close using a microscope and shows that each black and white photograph consists of tiny grains of silver. Understanding how and why grain occurs in an image, and how film sensitivity affects the size of grains and the resulting image, can also help digital-only photographers learn more about the origins of the settings they pick for their images every time they shoot.

A post shared by Destin from Smarter Every Day (@smartereveryday)

Over at Indie Film Lab, which is also based in Alabama, Destin is able to follow the full journey that each film roll makes as it gets dropped off by a courier at the lab’s front door, eventually resulting in digitally delivered scans that can be enjoyed and printed.

Unlike a more simple home setup that many film enthusiasts have, the behind-the-scenes insight at a professional lab gives Destin a detailed rundown of every stage and every piece of equipment used to process every order that comes in from clients all across the country. 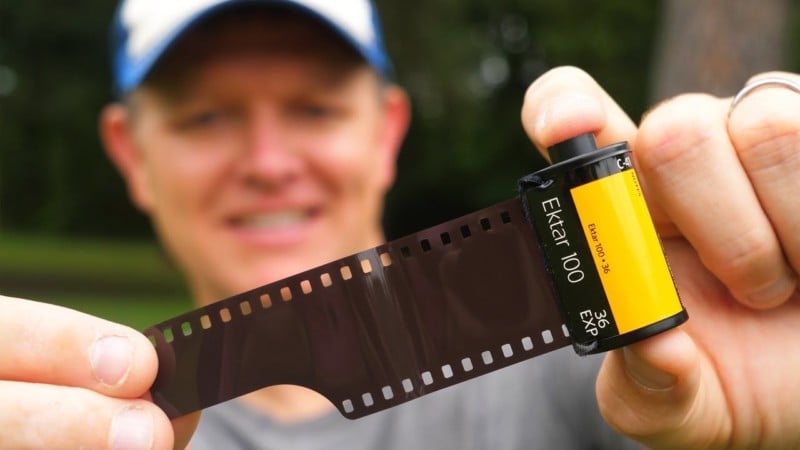 More of Destin’s educational videos can be found on his YouTube channel, while episodes of his podcast are available on his website.