It’s unfortunate that this is a piece of advice we need to give, but alas, it’s necessary: never leave your camera gear unattended. One photographer recently learned that lesson the hard way at an outdoor wedding he was shooting when he was deprived of some $6,000 of camera equipment in one fell swoop. And what’s more, the entire theft was caught on camera by the wedding’s videographer.

When Bryan Ball and fiancée Julie Wilson set out to have their wedding in Stanley Park in Vancouver, BC, the last thing they were probably worrying about was thievery.

But as they were saying their “I dos,” a man in a light blue shirt and shorts saw an opportunity and simply walked away with wedding photographer Martin Gregorian’s Pelican case full of gear. What the man didn’t realize is that his theft was caught on camera.

Here he is earlier in the wedding at the beginning of the video, walking around: 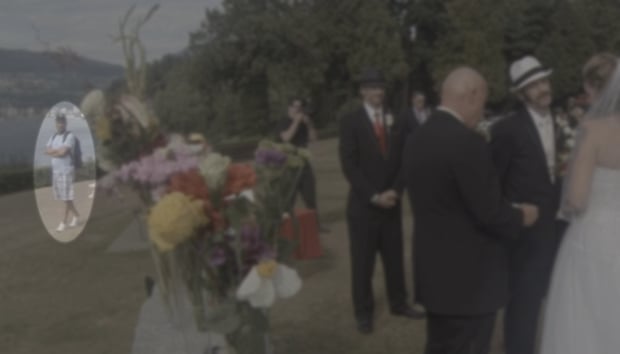 And here you see him walking away with the pelican case in his left hand (the theft happens around the 5:30 mark): 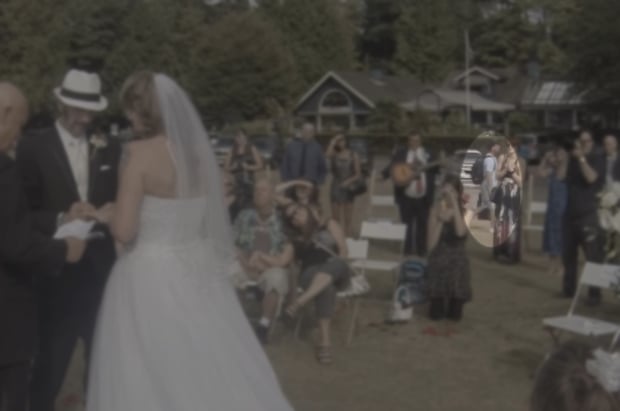 Unfortunately, the theft wasn’t discovered until the culprit was long gone. Vancouver police have been called in to help try and retrieve Gregorian’s gear, but the chances are slim. “I thought he was just a tourist, he was well dressed, he had a camera,” Gregorian told Global News. “I just thought he was enjoying the couple getting married.”

The couple themselves are both shaken and appalled. “It is the whole idea that someone can be this careless to ruin something that special for somebody and just the thoughtlessness of it,” says Ball. “It is sickening that people can do this to people on such a great day.”

Vancouver police Cst. Brian Montague said the man is “probably a professional,” but the hope is that somebody who sees this video can identify the culprit and bring him to justice.