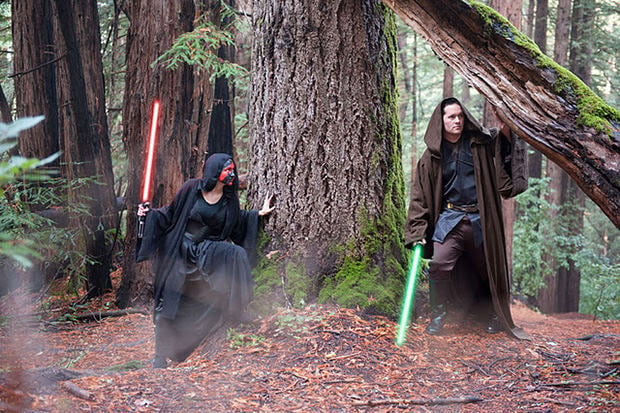 Now here’s something we haven’t seen before: a Star Wars-themed engagement shoot. All you need are two working lightsabers and a couple crazy enough about the franchise to do it. These photos were shot by San Jose-based photographer Michael James. 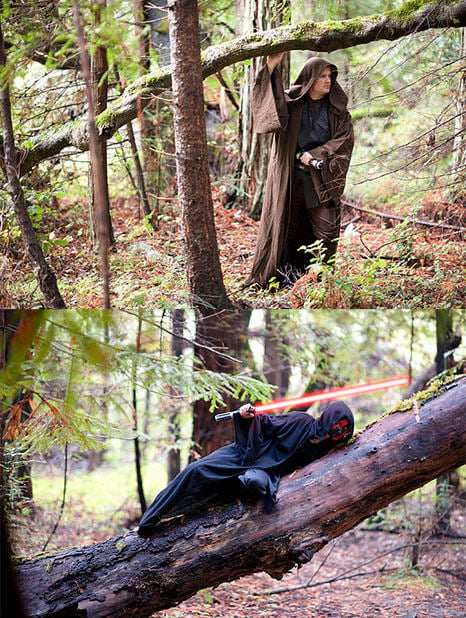 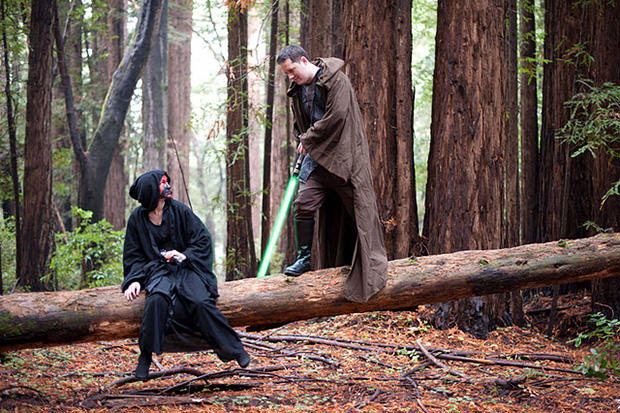 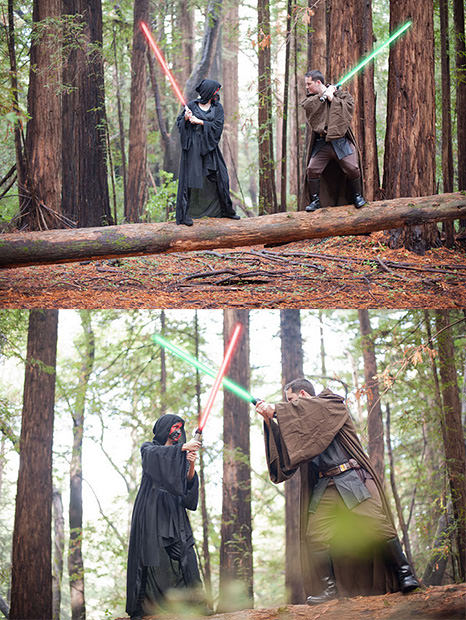 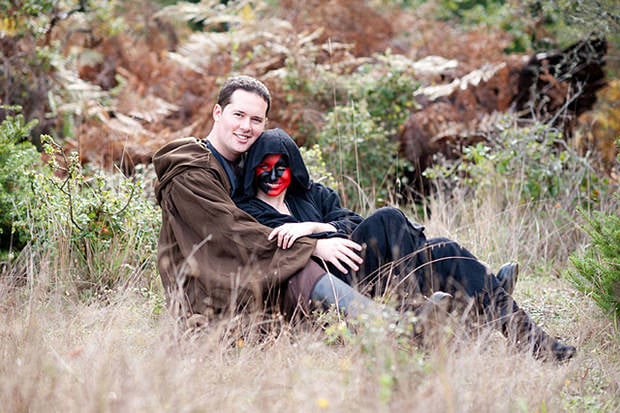 The couple approached me about their engagement shoot, wanting something a little more traditional (suit, tie, dress, etc.) on the beach, but as we talked, we figured out that while I’m more of a Trekkie, their love of all things Star Wars totally surpassed my love of Star Trek. So we incorporated their ideas into the shoot. I didn’t think the bride-to-be would actually wear the make-up, but she seriously showed her true colors and went for it. In fact, they were late because she didn’t know if she could go outside of her house with the make-up on, but I’m glad she did. It totally made the pictures.

The shoot was shot in the Santa Cruz Mountains. Mountain bikers and hikers passed us and everyone thought it was great.

You can find more of the photos from the session on James’ blog.

Image credits: Photographs by Michael James and used with permission

A Simple Bookmarklet for Finding Copyright Infringements of Your Photos