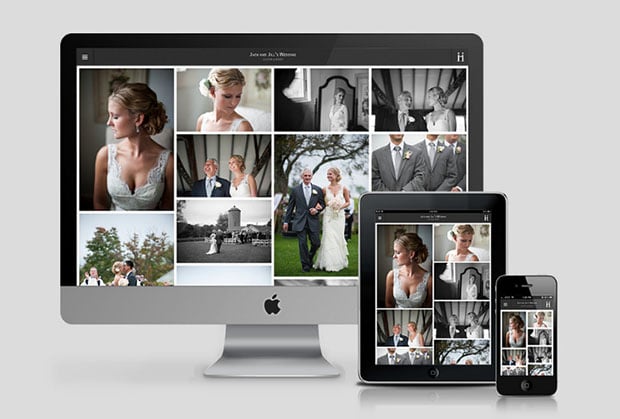 Hopefully, you know me for my level-headed and impartial analysis of the photography business. Forget that. Today I’m going to go off on someone who is not only doing a disservice to the industry that he purports to serve, he’s actively working to destroy it. In the words of The Dude (from The Big Lebowski): “This aggression will not stand!”

I’ve written about David Jay before. Over a year ago, he released “The System” where he attempted to teach new photographers how to enter the world of wedding photography. Though it had a few useful points, for the most part, it was a dismal failure insofar as being a worthwhile tool for the newcomer.

Sure, many photographers thought that it brought the industry down by virtue of encouraging new photographers to “spray and pray.” While I won’t argue the point, I personally viewed The System as more of an nonsensical annoyance from someone pandering to make a buck.

Despite – or perhaps because of – The System, David Jay remains a popular figure within the photography world, and as such, his voice continues to hold influence upon many working photographers. Maybe because he was once a photographer himself, he’s viewed differently than your average CEO trying to make a buck marketing to photographers. David Jay still has that “man of the people” aura about him – which I suppose helps him to attract photographers as customers.

None of that however has anything to do with why I declare war on David Jay. The reasons for that lie in his PASS System. For those unfamiliar with the PASS System, it’s a web viewing platform for event photography whereby the photographer uploads the photos to the system and then the images are immediately available to the client for using as they wish, including sharing on Facebook and other social media site. It’s all part of his Shoot and Share method that is supposedly the new way for photographers.

But it’s not just the basic PASS System and this Shoot and Share ethos that’s got me convinced that David Jay needs to be put out of business. It’s his latest venture, PASS Prints, as well as his accompanying philosophy that is just plain bad for photographers. David Jay has gone from being a nuisance to actively working to destroy the industry that spawned him.

With PASS Prints, clients can now order prints from images uploaded to the PASS System much like they can any other service. The catch lies in that prices are set by PASS at $1 for a 4×6, $2 for a 5×7 and $4 for an 8×12. In the FAQ section of the PASS Prints website, the question is posed, “Can I make money off of the prints?” The answer is “Yes” since the photographer makes 50% of the sale.

I’m sorry but receiving 50 cents per print is not “making money” as a photographer. I think the technical term for this is “chump change.” The website goes on to emphasize that “PASS takes no commission on the total sale.” Well, duh, they don’t need to since they’re marking up the prints already. They buy the prints for 19 cents then charge the photographer 50 cents. I’m not sure whether to sarcastically thank David Jay for not charging us twice or to be insulted by the fact that he thinks we’re too dumb to realize his little game.

And while this is bad enough, it’s the ethos behind his message that I believe is truly corrosive to the industry. In his introductory video to the PASS Prints system, David Jay states, that “PASS is not a way to mark up your prints and make as much money as you can off of them.” He goes on to add “That’s just a different business model.”

And what is this “different business model” that he’s referring? Oh yeah, it’s called Earning a Profit! So if Pass is not for photographers interested in maximizing their return on their business efforts, who is it for? Those interested in working for free? Not making money is not a business model; it’s a hobby at best and recipe for failure at worst.

To be fair, Pass is all about those photographers who “don’t like to sell” and just want to “shoot and share” (as though they are part of some free loving hippy commune). Now if you’re a photographer who just likes to shoot the wedding and then wash your hands of it, that’s your prerogative and I respect that. It’s just important to know that you’re leaving a significant amount of money on the table. The difference between a sustainable living and one where you’re constantly working to get ahead but never quite do is in all the stuff you deliver after the wedding.

My problem isn’t with those who choose to operate their businesses as they see fit, it’s with someone, specifically David Jay, who promotes a product and a philosophy which works against his customer’s business interests just so he can make a buck. I don’t know if the term “con man” is the term to use for someone who smiles as he takes your money but stabs you in the back – but it’s the best description that I can come up with.

And it gets worse. Not only is David Jay promoting a product and ethos that is harmful to the profession, he also takes the time to personally browbeat someone who choses to leave his service. I’d heard about a Facebook message that he sent to a former user where he did just that. I took the time to track down the recipient and, fortunately for us, she’s a fan of the Business Coach so she forwarded to me the message in its entirety. (A screen capture is posted below.)

From the above: “Shoot and Share photographers are making it really difficult for sales driven photographers to continue marking up prints to high heaven so I’d suggest making the switch to a service based business quickly even if you don’t use PASS. The days of massively marked up prints are over.”

Wow. First, I have to wonder if David Jay is that desperate for customers that he feels compelled to take time to essentially guilt this former customer into staying. Perhaps the PASS system isn’t the cash cow that David Jay had hoped for. Instead he finds himself clinging to every last customer like a desperate lover wailing “Please don’t leave me!”

Regardless, I take exception with his claim that “The days of massively marked up prints are over.” This idea that photographers “massively mark up prints” is absolutely ludicrous. It’s an insult to every photographer out there who’s ever worked hard to create a product that the client will love for years to come. Yes, many photographers may charge $25 or more for an 8×10 with a physical cost of $2. To the uninitiated, that may appear to be a substantial markup.

But that markup does not include the time and often times years of expertise that it takes to prepare the files for printing nor does it include the overall profitability from the wedding. I’ve yet to meet a wedding photographer who was just rolling in cash from his or her “massively marked up prints.” Photographers charge the rates they do because that’s the bare minimum required to operate sustainably.

The subtext to this message is that David Jay is essentially telling us, “I am enabling the race to the bottom among photographers by significantly undercutting the market. If you don’t undercut your fellow photographers, you will be left on the chopping block.” Unless you feel that what this industry needs is more undercutting and lower prices, you can understand why this whole attitude leaves me livid and with nothing but contempt for David Jay.

Fortunately, the days of photographers charging profitable prices for their work are definitely not over. There’s no question that times are tough, however I meet with plenty of photographers who charge healthy rates and incorporate profitable pricing throughout all aspects of their businesses. Good business practices are certainly not dead.

Though I can’t say that I don’t wish the same about David Jay’s business. My recommendation to all photographers is that they avoid using PASS and spread the word that others do the same. If you’re a PASS user, I suggest switching to a service that is not working to destroy the very industry that you’re a part of. Though we can’t do anything about the fact that digital cameras are everywhere and the economy continues to remain a challenge, we can do something about who we choose to support with our hard-earned dollars.

My suggestion is don’t use those dollars to pay David Jay or his misguided PASS system. Like a bad virus, let’s stamp it out before it spreads.

About the author: John Mireles shares his insights from 23 years of advertising, wedding and portrait photography experience on his The Photographer’s Business Coach blog. He also offers knowledge based tools for photographers through his Photographer’s Toolkit website. This article originally appeared here.