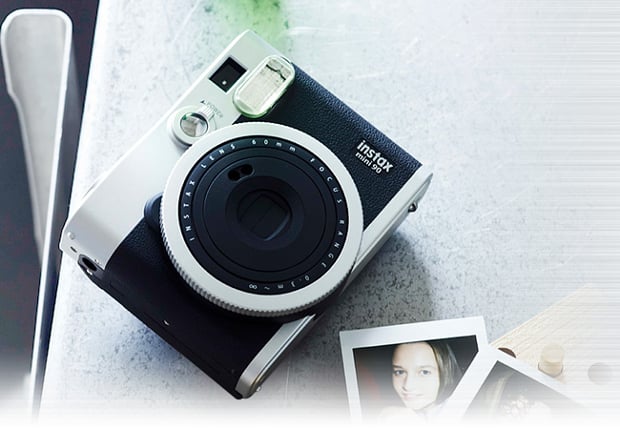 It seems the retro design movement has finally begun to infiltrate something other than the mirrorless market. In a move that makes its Instax line of instant cameras look a lot more like the X-Series line, Fujifilm has just announced the retro-styled Instax Mini 90 seen above.

The new camera has its own Fujifilm Japan website, complete with sample photos and an intro video that can only be described as “jazzy” if a bit uninformative for those of us who can’t read Japanese. 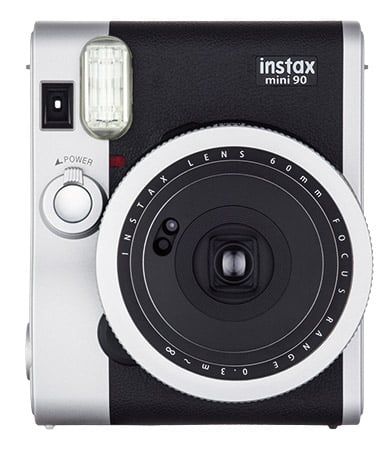 In keeping with the X-Series-like styling, it looks like Fuji is doing its best to pack this little guy full of features. The camera uses a lithium-ion rechargeable battery and several shooting modes, including Macro, Double Exposure and Bulb Mode, which allows you to expose your shots for up to 10 seconds.

In case long exposure isn’t your thing, the camera also sports a “high-performance flash” that can be fine-tuned depending on the exposure you want. And if you’re capturing fast action, you can speed the shutter up to 1/400th of a second. 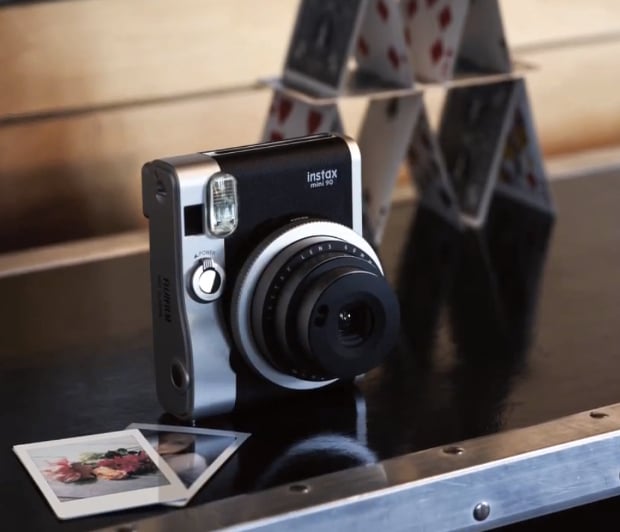 If you want to find out more about the little instant shooter, head over to the Google Translated site by clicking here. Fair warning, many of the headings are images instead of text, so there’s still quite a bit of Japanese even in the translated version.

The camera is set to hit Japanese shelves on September 20th, but won’t be making landfall in the US until the Spring of 2014, when it will retail for around $210.

(via The Phoblographer via Gizmodo)