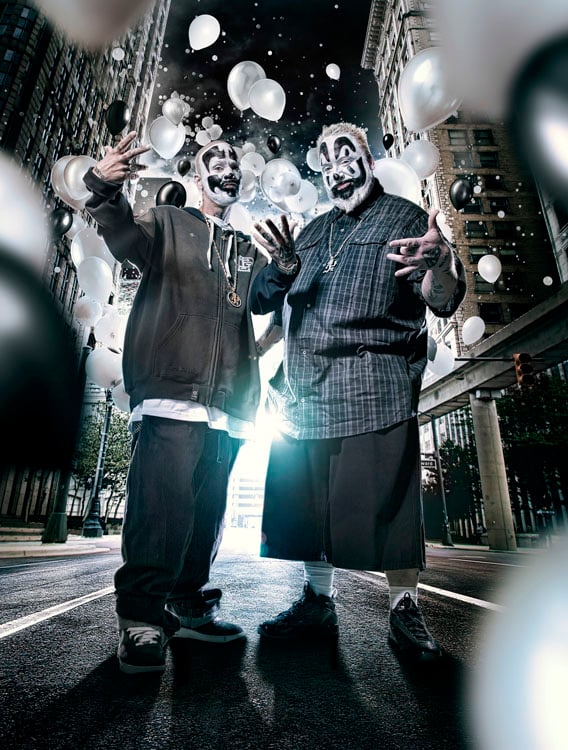 Check out this portrait of the hip hop duo Insane Clown Posse by photographer Paul Mobley and digital artist Mike Campau. Can you tell how it was created?

Campau writes that he and Mobley wanted to capture as many shots as possible on a tight schedule, so they decided to shoot the duo in front of a green screen: 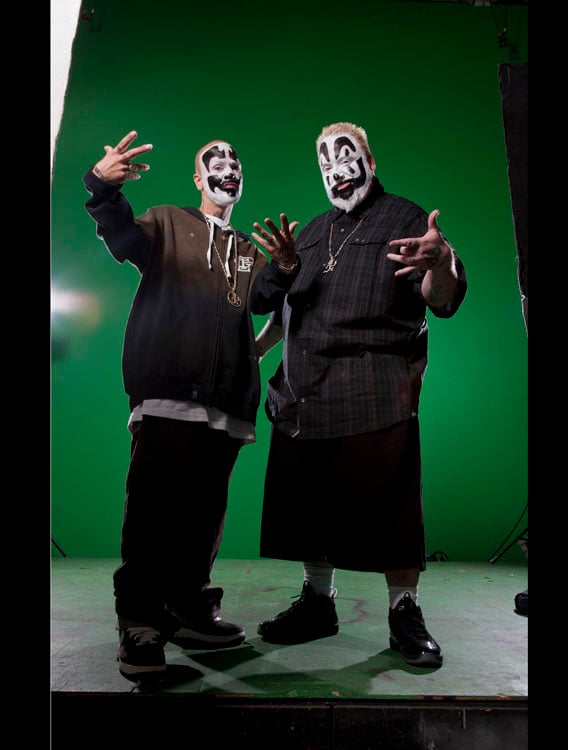 Mobley then spent a couple of days shooting in downtown Detroit, capturing dramatic shots of the city’s architecture from ground level and the edges of rooftops. Once all the needed images were created, they were handed off to Campau, and the magic of digital compositing began.

First, he removed everything but the two music artists from the frame: 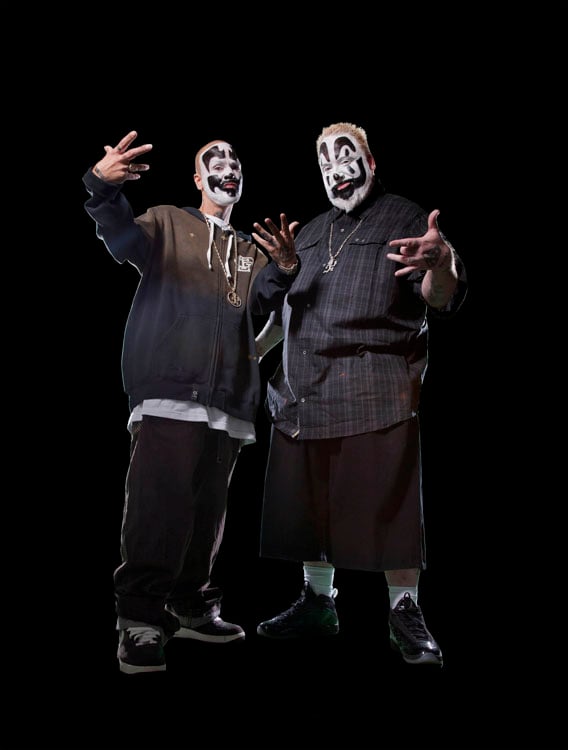 Next, he put in some road underneath their feet: 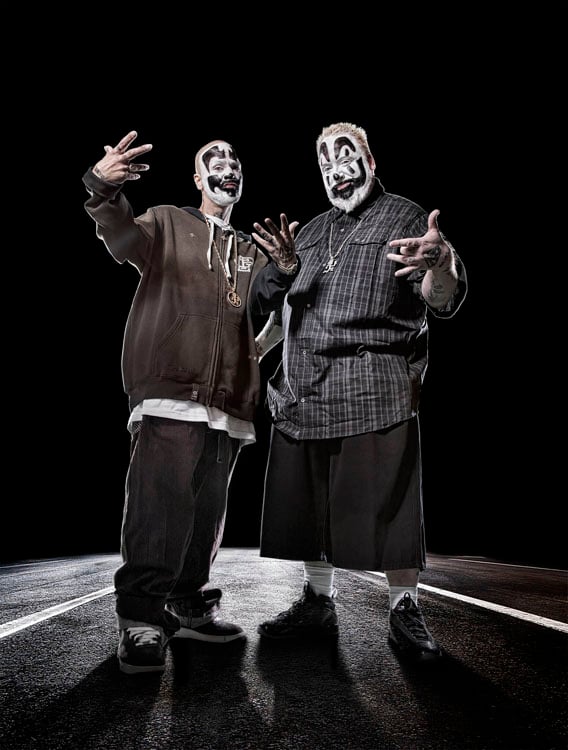 The background is livened up with balloons created entirely in the computer: 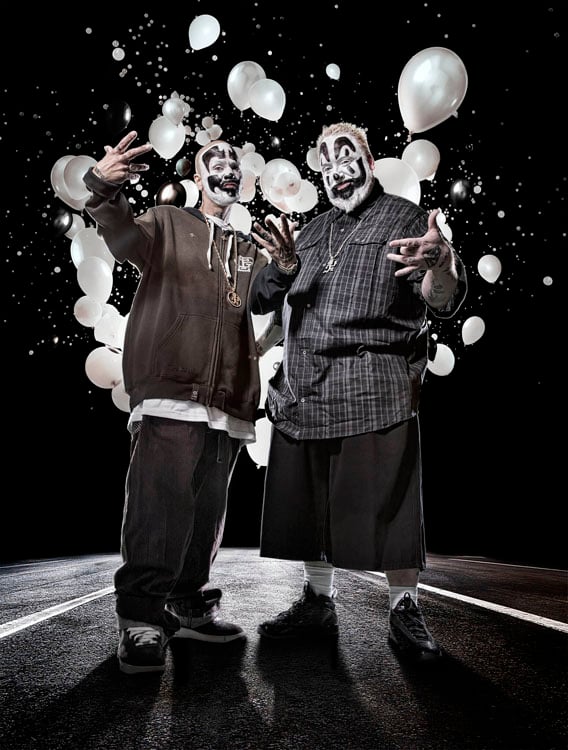 Skyscrapers are placed into the background: 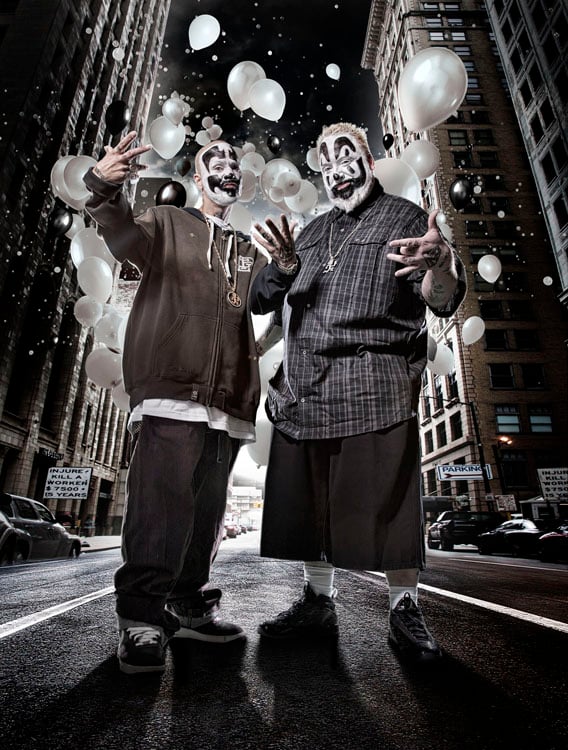 A different scene is composited into the back, and the balloons are brightened up a bit: 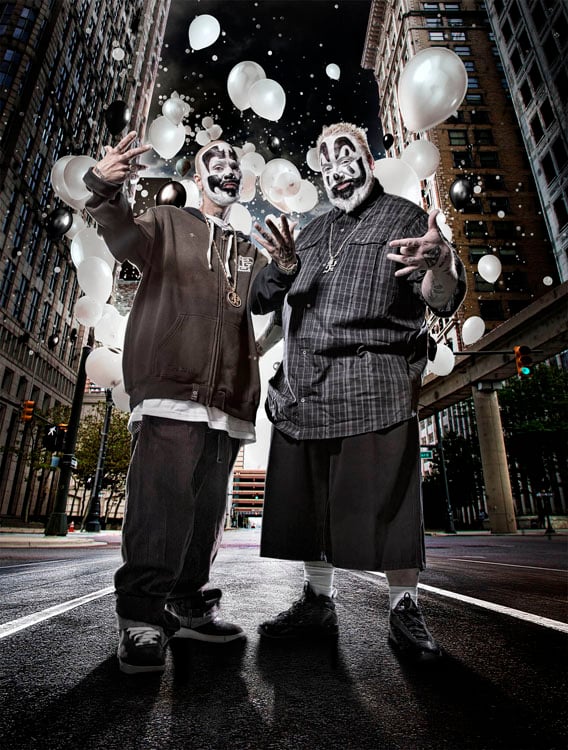 Some lens flare is added to the scene: 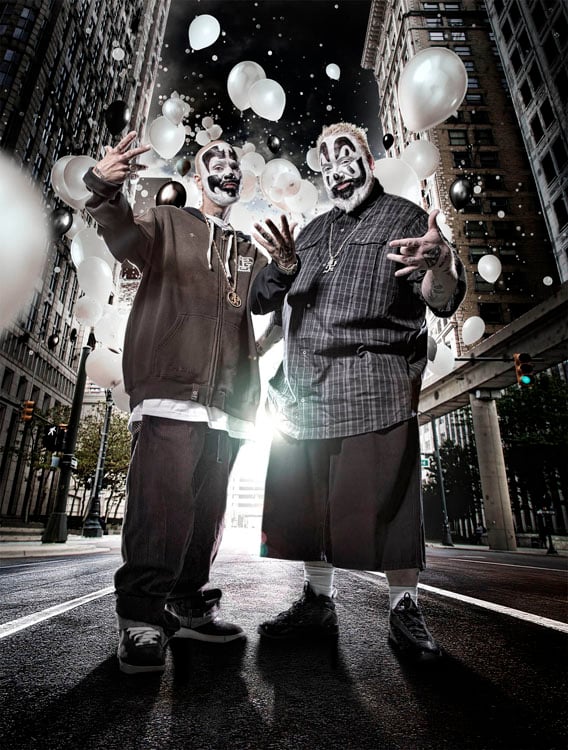 More balloons are added to the foreground, and the color is tweaked for the final composite photograph:

(via Behance via BuzzFeed)