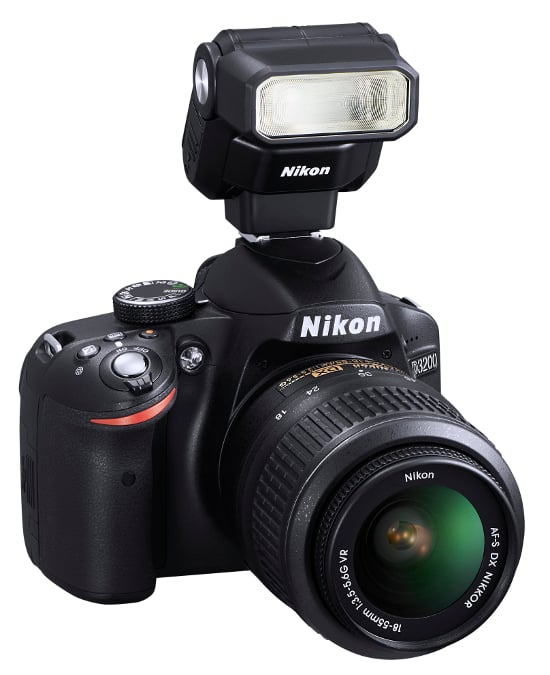 There’s nothing like the smell of fresh press release in the morning, and earlier today, Nikon decided to send two our way. The releases contain info about three new products that Nikon is announcing all at the same time: a new DX format lens, a small speedlight, and a 14x superzoom compact camera.

As mentioned above, the lens is designed for DX format cameras (APS-C). As you can probably already tell from the name, it boasts an 18-140mm focal length and, wide open, the seven blade diaphragm will range between f/3.5 and 5.6.

Other features of the new lens include an improved VR system that promises 4 stops of stabilization (as determined by the more strict standards we told you about here) and the company’s Silent Wave Motor (SWM) for ultra-quiet autofocus.

The lens will make its store-shelf debut later this month at a suggested retail price of $600. 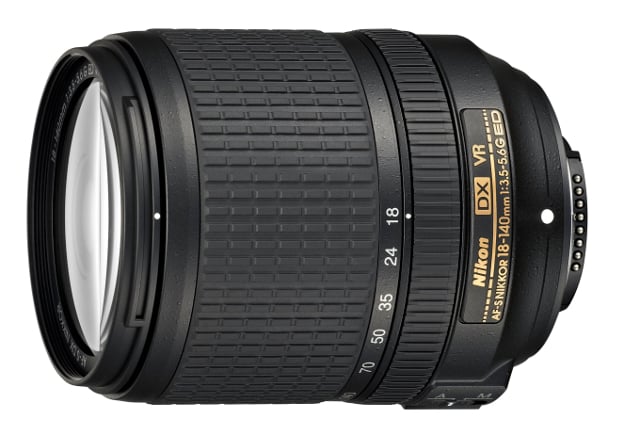 The speedlight — announced in the same press release as the lens — is built with beginners and portability in mind. Small enough to fit in your shirt pocket, the SB-300 is “a simple and valuable lighting accessory compatible with both Nikon D-SLR and Advanced Performance Coolpix cameras,” such as the APS-C Coolpix A.

The light covers an 18mm wide-angle of view in DX format, can tilt 120°, is run by simple on-camera controls and is powered by two AAA batteries for convenience. 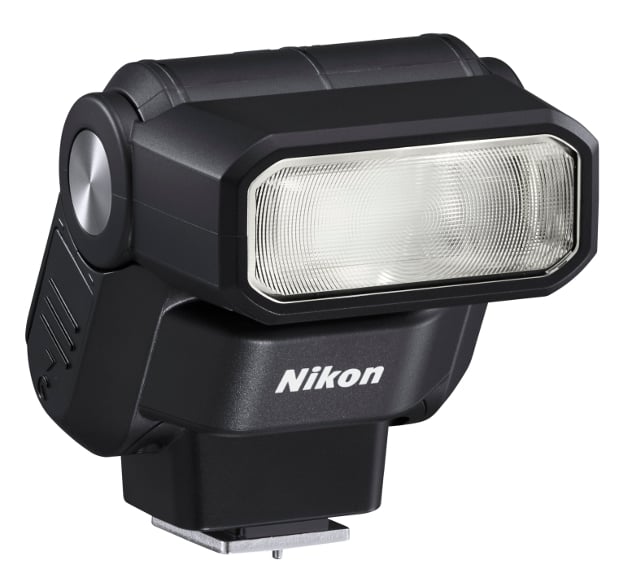 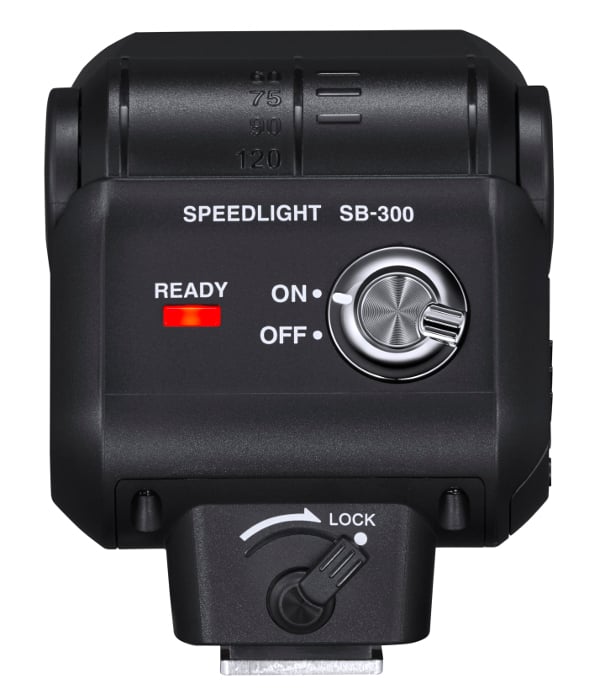 The final product announcement out of Nikon this morning is the new Coolpix L620 compact superzoom, “the easy way to capture great photos and videos, even at a distance.” Sort of a little brother to the L820 we mentioned back in January, the L620 offers a little less than half the zoom at slightly better resolution — 25mm-350mm equivalent 14x (as opposed to 30x) and 18.1MP (as opposed to 16MP) to be exact.

Targeted at the beginner market, the camera boasts lens-shift VR image stabilization, an ISO range that maxes out at 3200 for low light shooting, a “bright, high-resolution” 3-inch LCD, an ergonomic design and a plethora of scene modes and special effects. As you would expect, the camera can shoot 1080p Full HD video in addition to taking photos.

The L620 will be available a little later than the previous products. Both black and red options will be making their official debut in September at a suggested retail price of $250. 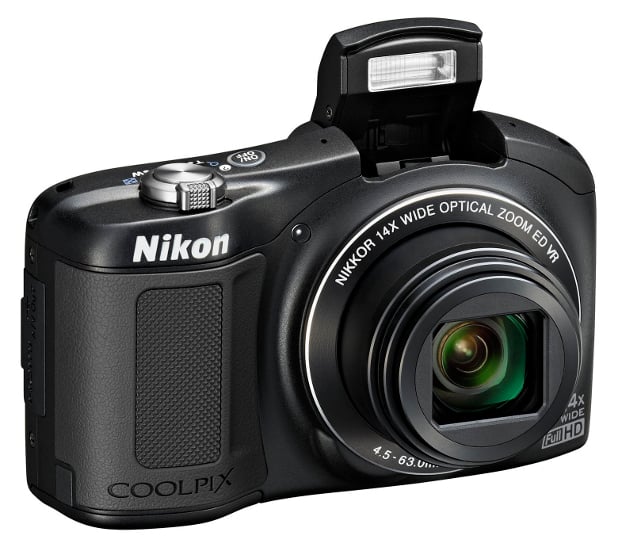 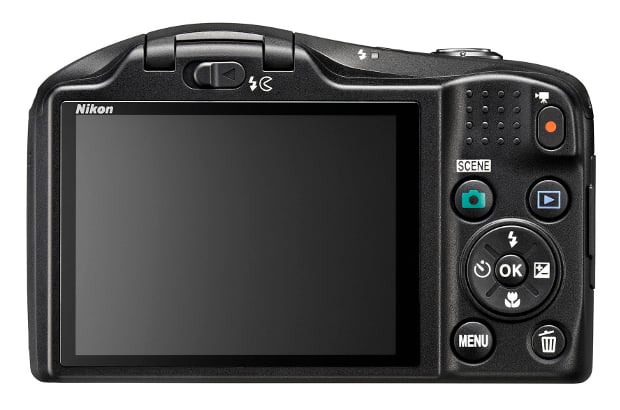 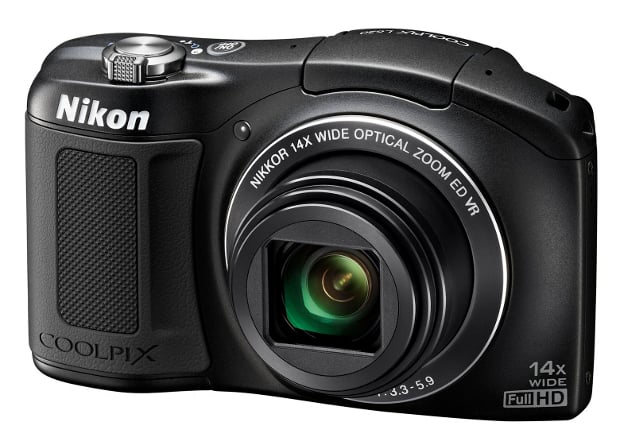 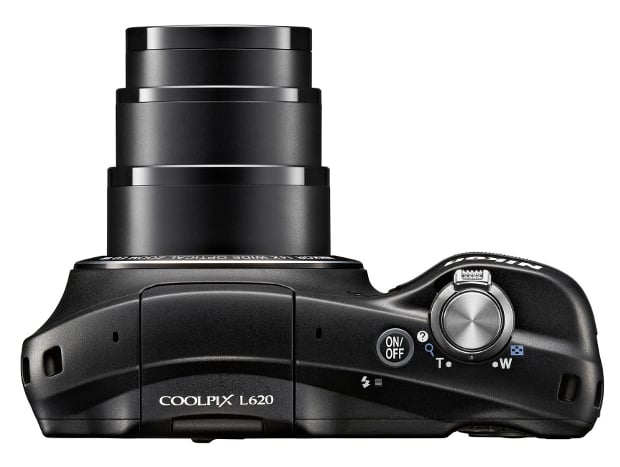 For more info on any of the products above — of if you’d like to see some higher-resolution photos — head over to the Nikon USA press room by clicking here.