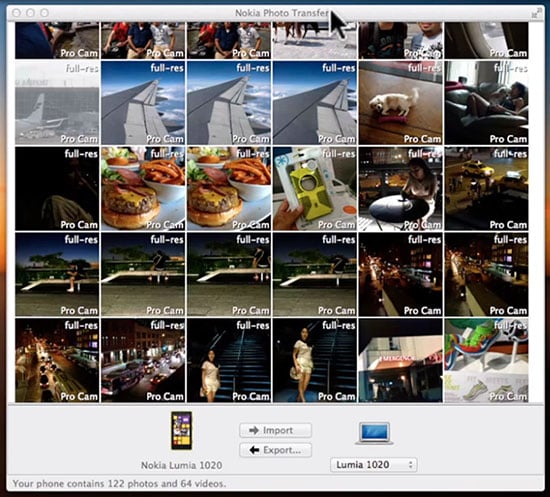 Nokia Lumia users now have a way to easily transfer images and videos to and from their devices with the freshly-released Photo Transfer application — released today. That’s not to say it wasn’t simple to transfer normal photos in the past, however. Users have been able to use an app such as iPhoto previously to move images over to their computers, but Photo Transfer now allows for the transfer of additional formats. 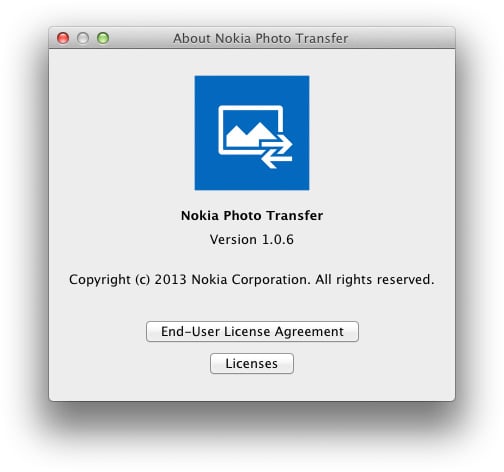 With Photo Transfer, Lumia users can now also transfer SmartShoot, Cinemagraph, Nokia Smart Camera, and Nokia Pro Camera formats, which really does make it useful for the folks who would rather do more with their media than keep it stored on their Lumia. Therefore, you could say that Photo Transfer really helps with allowing users to get the most out of the imagery captured with their device.

Supported file types include your standard .jpg and .mp4, in addition to .npo and .nar.

The downsides? The application is only available to Mac OS users (running 10.7 Lion or 10.8 Mountain Lion). Secondly, the application offers nothing in terms of editing tools — so it’s strictly used for transfers to and from your device.

If it sounds like it would be of use to you, feel free to download it from the official Nokia website here. It’s free and comes in at a very reasonable 10MB package.

(via The Nokia Blog via Windows Phone Central via Engadget)

Want to Own Your Own NASA Hasselblad Moon Camera?