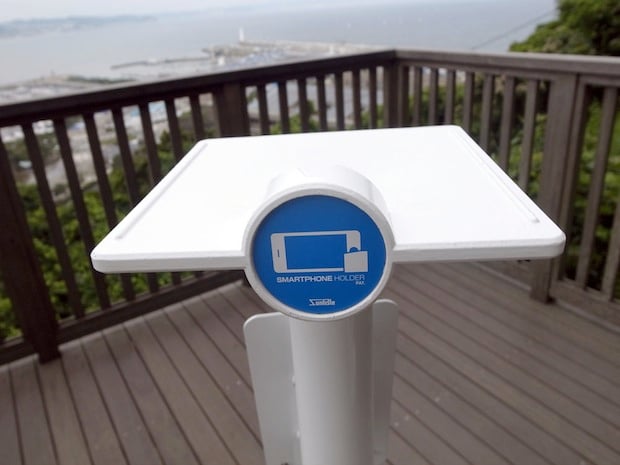 Having to ask someone to take your or your group’s picture can be an awkward experience for everyone involved (including the photographer). And although there are apps that will re-insert the photographer digitally, an ingenious little addition to the tourist island of Enoshima takes a significantly more “analog” approach at fixing the problem.

Discovered by John Sypal of tokyo camera style on a recent trip to the island, the Sunpole camera stands pictured above and below are now found at all of the most popular photography spots on the island. Placed at the correct height and distance to include a decent-sized group in the shot, and equipped with the ability to swivel 360°, the stands give tourists a place to put their cameras or smartphones before setting the timer and saying “cheese” (pro tip: don’t say cheese).

For the significant number of people who come to the island with only a smartphone in their pocket and no camera around their neck, the stands also feature a designated little phone slot that will keep your camera phone pointed in the right direction. 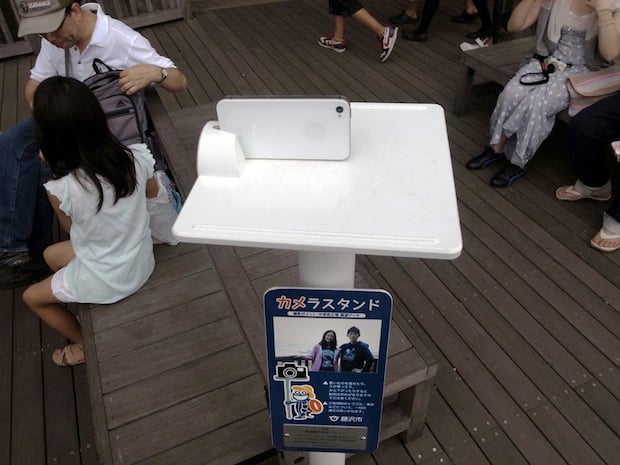 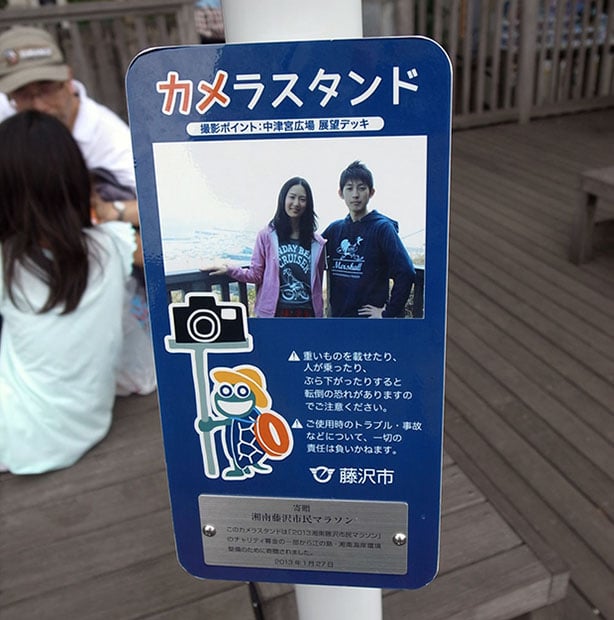 For now, this is the only place we’ve heard of that has equipped the stands, but it wouldn’t surprise us to see something similar start popping up at other tourist locations all over the world. Who knows, we may soon say goodbye to the awkward “this isn’t a good picture but I have to pretend it is because I’ve already asked you to retake it four times” smile for good.

Image credits: Photographs by John Sypal and used with permission