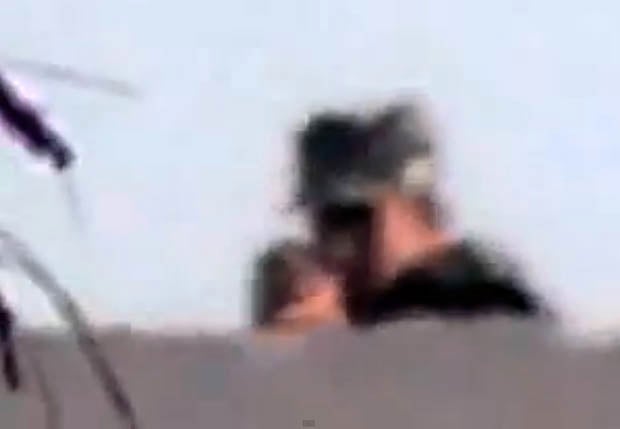 A photographer for an Egyptian newspaper, shot while covering political protests Monday, appears to have captured his own death on camera.

Ahmed Samir Assem, 26 years old and a photographer for the Al-Horia Wa Al-Adala newspaper, was among the more than 50 people killed Monday when soldiers opened fire on Egyptians protesting outside an army facility in Cairo where deposed Pres. Mohammed Morsi reportedly is being detained.

Video footage recovered from Assem’s camera and posted on Facebook and YouTube shows a soldier on a nearby rooftop firing on demonstrators below. After a few seconds, he turns his rifle directly towards Assem’s camera. The footage abruptly ends:

Demonstrators recovered Assem’s camera and phone and returned them to the newspaper, which is affiliated with Morsi’s Muslim Brotherhood party.

“At around 6 a.m., a man came into the media center with a camera covered in blood and told us that one of our colleagues had been injured,”  Ahmed Abu Zeid, culture editor for the newspaper, told London’s Daily Telegraph. “Around an hour later, I received news that Ahmed had been shot by a sniper in the forehead while filming or taking pictures on top of the buildings around the incident.”

Muslim Brotherhood representatives showed scenes from Assem’s coverage at a press conference intended to document the attacks, and Zeid said the images may be used as evidence in any prosecution against the military.

Instagram Now Lets You Embed Pictures and Videos on the Web