“I wonder which one of us dies first?”

It was 2003, and a stray, morbid thought crossed my mind one night in a hotel in Iraq. I was in a room full of twenty and thirty-something photographers and journalists, in the Al-Hamra hotel in Baghdad. A few miles away, the grown-ups from major label news organizations had filled the Sheraton-Palestine hotel—the Al-Hamra was the low-rent downtown spill-over tent.

I used to call it Melrose Place Baghdad, and in the evenings, after day trips to bomb sites and mass graves, the pack would convene at the poolside for blurry nights fueled by bad Lebanese wine. In retrospect, those days felt like the proverbial fun and games that preceded the losing of eyes. 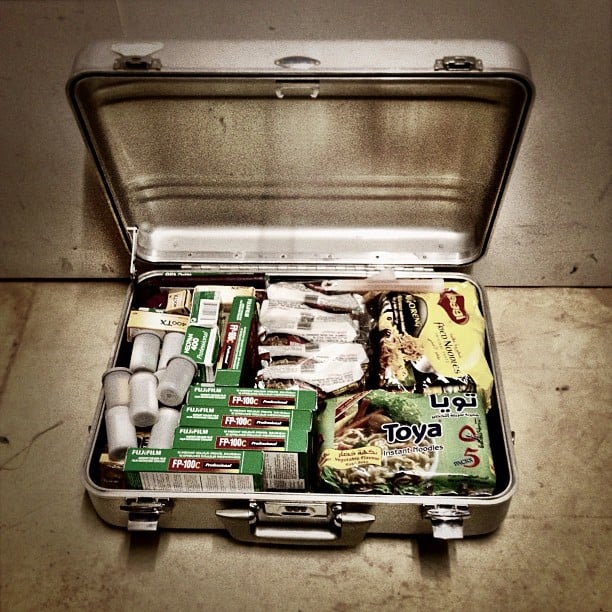 As it turned out, the first to die from the Al-Hamra scene was Marla Ruzicka, a 28-year-old aid worker-activist. I’d first met her on another drunken bender in Kabul, a year earlier. She was killed in Baghdad by a vehicle-borne suicide bomber who plowed into the military convoy she was driving with.

Many more died in the years that followed.

On April 20th, 2011, it was Tim Hetherington and Chris Hondros. Chris was a wire photographer, one of the rare characters who actually covered wars as his day job for a news agency. Tim was a freelancer, best known as the director of the documentary film Restrepo.

Tim’s last tweet described “indiscriminate shelling” and “no sign of NATO”. It’s unclear if it was a mortar round or an RPG that killed them. Two other photographers were wounded, but survived. My last memory of Chris is in front of the Al-Hamra in Baghdad. I last saw Tim the night before he left for Libya, in front of the L train in Brooklyn. [Tim is in the header photo, at left.]

Facebook was off the hook in the days after they were killed. Newspapers, blogs, and even human rights organizations were publishing memorials that continued to stream in. Anderson Cooper brought Restrepo soldiers onto CNN to offer tribute to the fallen filmmaker.

You’d almost think it was the first time journalists had been killed in the line of duty, but it wasn’t—it was just the first time, in a long time, that western journalists with names like “Tim” and “Chris” were killed. 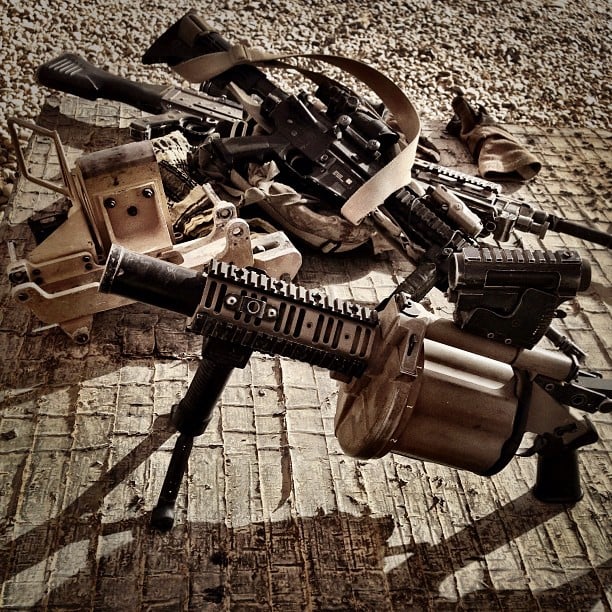 In fact, two Arab journalists were killed in Libya just a month before Tim, but their names, Mohammed al-Nabbous, and Ali Hassan al-Jaber, didn’t get a glimmer of the attention that Tim and Chris received.

The Committee to Protect Journalists lists almost a thousand incidents since in which journalists were killed in the last twenty years—almost 90% of them were local journalists.

The ratio may even be more lopsided, because statistics on journalists often don’t even include the people who work alongside them—like their drivers, translators, and “fixers”. Those people constitute a vast, grey, undocumented labor force that the international news industry is 100% dependent on. They face the highest risks, and almost invariably, they pay the highest price. 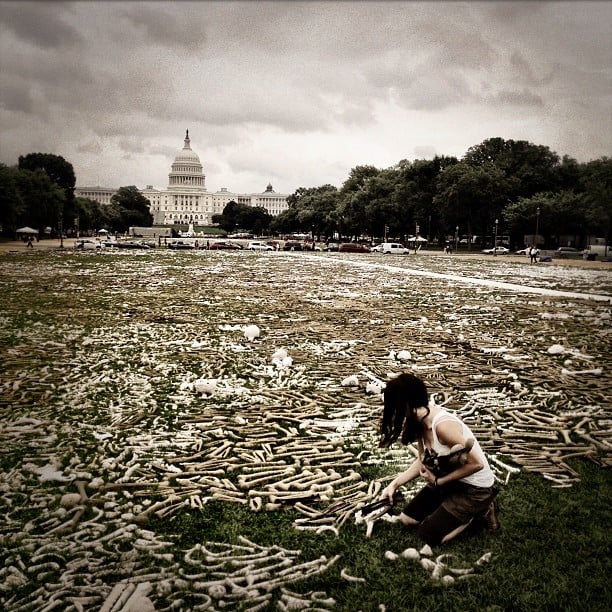 In March 2011, four New York Times correspondents were detained and abused when their car was pulled over by pro-government forces in Libya. The NYTimes published blow by blow accounts of their captivity and a series of celebratory reports when they were finally released. The headlines never mentioned a fifth person in the vehicle—a 21 year old driver named Mohamed Shaglouf.

In a passing mention, he was described as “missing”, but it was lated reported that he had died.

For NYT photographer Lynsey Addario, he was the second person, in less than two years, who’d been killed driving her car. (I was in the car when the last one, a Pakistani named Raza Khan, was killed in an automobile accident while driving us back from a refugee camp outside the Swat Valley).

Raza’s family had modest hopes for compensation or support—they were hoping to get enough money to replace the used Toyota he died in so that his oldest son could carry the family business of driving for foreign journalists.

In a single sentence mention, in a blog post about Addario’s recovery, the NYTimes mentioned that it was “gathering a fund to give to the six children of the driver, Raza Khan, for whom he was the sole provider”. That fund seems to have amounted to about a thousand dollars, which probably as much was being spent on an hourly basis to provide red-carpet medical treatment to their American photographer, who’d broken a collarbone.

At the time that I hitched that ride with Lynsey and Raza, I was on assignment for Newsweek. Newsweek paid my hospital bills, and gave nothing to Raza’s family. 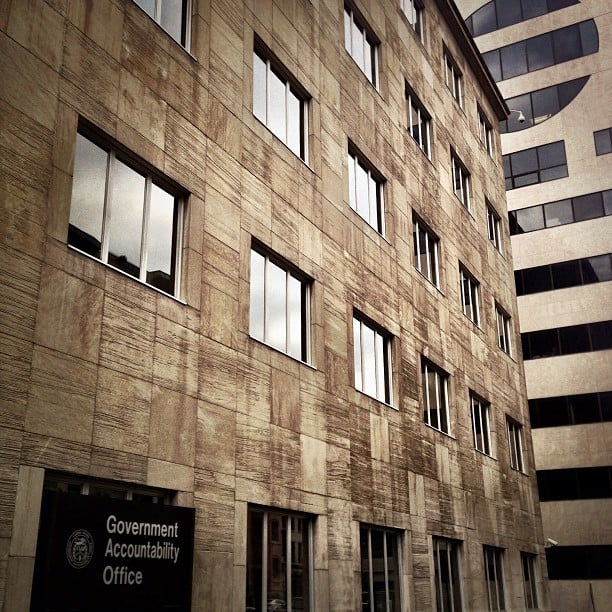 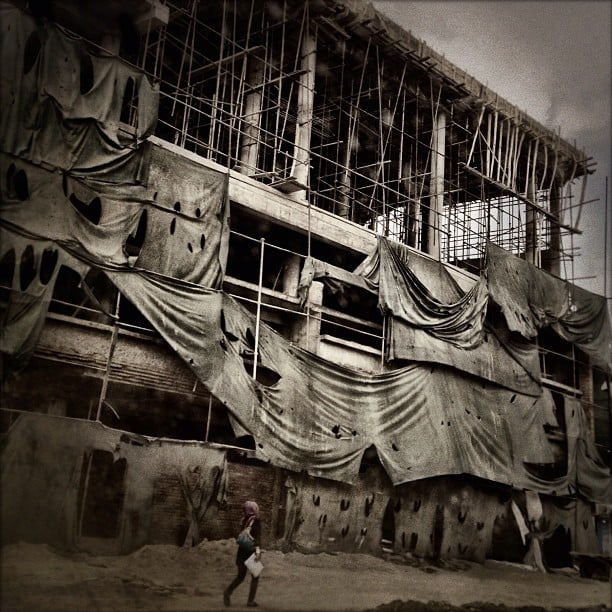 I have yet to find a major news organization with a clearly articulated policy on what happens in the worst case scenarios—when the people it hires are killed, wounded or abducted. I don’t believe that’s an accident. Until this black hole is confronted, more people will disappear in the grey area.

Another lucky passenger in the NYT‘s car in Libya was a correspondent named Stephen Farrell. In 2009, he’d also been abducted by Taliban insurgents, along with an Afghan colleague named Sultan Munadi. Farrell was rescued by a British special forces team. Munadi was killed in the rescue, as was a British commando. Unlike the British soldier, Munadi’s body was left behind. 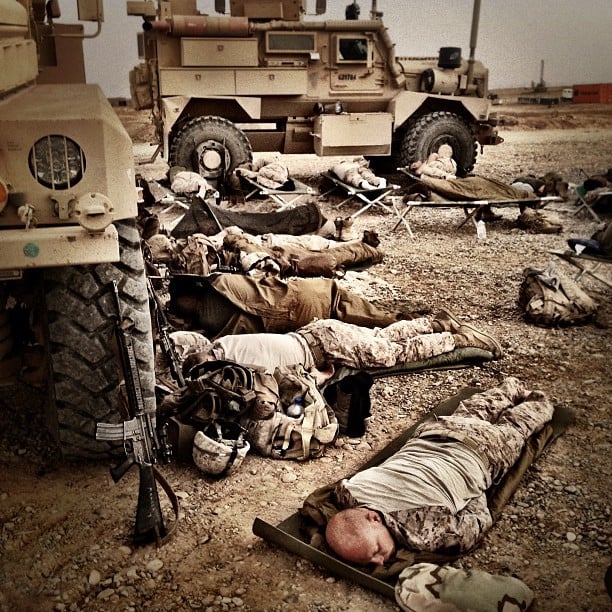 In 2007, Ajmal Naqshbandi, my closest friend in Afghanistan, was kidnapped along with an Italian journalist named Daniele Mastrogiacomo. The Italian journalist was freed, in exchange for the release of five high value Taliban prisoners. Ajmal was decapitated after Afghan authorities bluntly refused to make any further concessions to spare his life.

In the documentary film “Fixer“, president Hamid Karzai is shown weakly explaining that the Italian government had once built a road for the Afghan government. 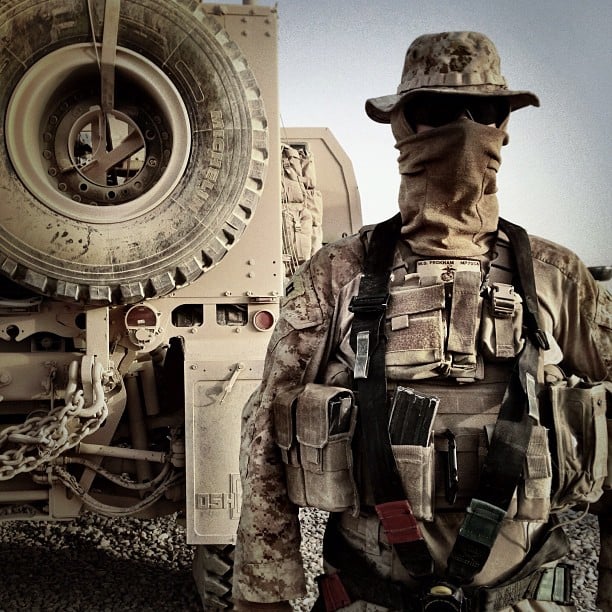 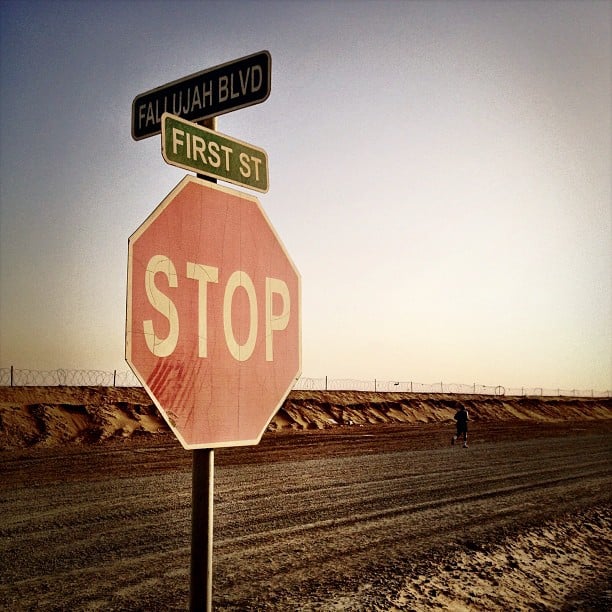 The deaths of Tim Hetherington and Chris Hondros were tragic and devastating to the people who knew them, but as foreign, parachute-jumping journalists, their deaths were actually quite unusual. What isn’t an isolated incident, however, is the disparity of treatment, and attention that’s given to “internationals” and “locals”.

On a moral level, this is the Achilles heel of the war reporting business. It’s a problem that gets worse and worse, as the news industry contracts, budgets shrink, and clearly defined staff jobs are replaced by greater numbers of inexperienced freelancers, with less clearly defined rules of engagement. In the grey space, ethical and professional corners get cut, and more bodies get swept under the carpet.

As many people have heard, the journalism industry is struggling for survival, but until it answers for its own collateral damage, the bigger question will be: does it deserve to survive?

I’d like to think that Tim and Chris would ask for those answers too.

About the author: Teru Kuwayama is a crisis photographer based in New York City and currently working in Afghanistan. You can connect with him through his website and through Instagram. This article originally appeared here.