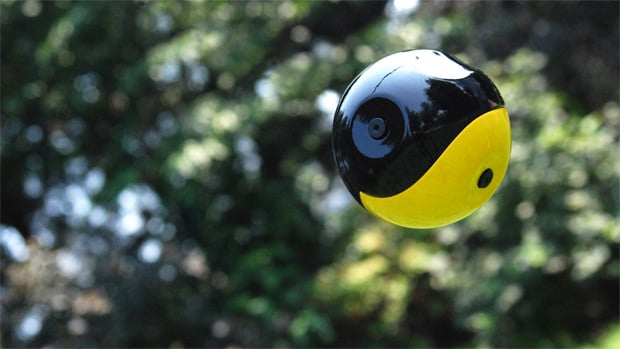 Boston-based artist and inventor Steve Hollinger has just been granted a second patent here in the United States for his Squito invention, a ball sporting embedded cameras and position sensors that allow for panoramic imagery in reconnaissance and recreational situations. 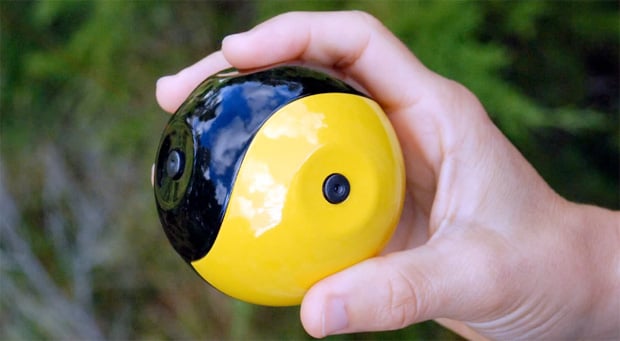 The idea is simple. You throw the ball and the orientation sensors capture and process images of Squito’s flight trajectory. The patent outlines that the unit’s orientation sensors snap photos and then re-orient them so as to create a normal images — panoramic images, in fact. These multiple images can be stabilized to allow the camera to capture frames in sequence. What you get, basically, is a pano-video (totally just made that up, but it works) of the ball’s flight. If that’s not cool, we don’t know what is.

Hollinger’s put together a prototype of ball, and it looks pretty neat, if we may say. Coming in at the size of a tennis ball, Squito uses three cameras, an inertial measurement unit, microcontroller, and image processor. Captured media can be wirelessly transmitted to a user’s computer, tablet, or phone. 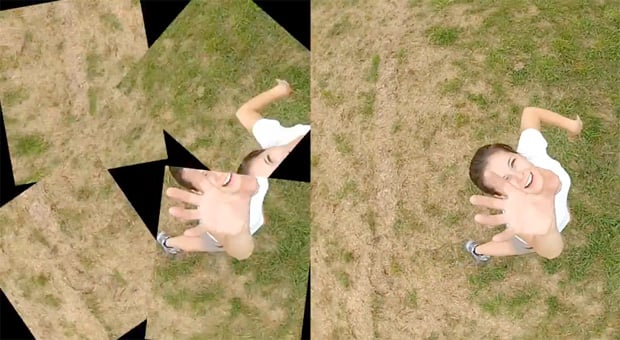 “Throwable camera innovations are accelerating with advancements in sensor and imaging microelectronics,” says Hollinger. “With the advent of low-cost, high-speed cameras for outdoor recreation, an affordable throwable camera is finally within reach.”